Jiri Prochazka’s Losses: Who Has Beaten “Denisa” in MMA? 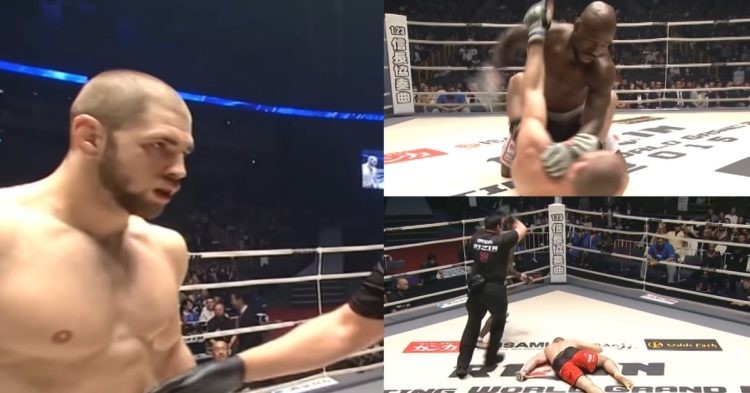 Jiri Prochazka gets knocked out by King Mo. (Images via Twitter)

Jiri Prochazka is preparing for the biggest fight of his life at UFC 275. He is set to go up against the current UFC Light-Heavyweight Champion Glover Teixeira on June 11th. Prior to this, Jiri fought Dominick Reyes and Volkan Oezdemir in his first two UFC fights. Jiri finished both Reyes and Oezdemir via knockout to earn his maiden UFC title shot.

The Czech fighter is not someone who is risk-averse like Georges St-Pierre or Khabib Nurmagomedov. He is the type of fighter who will throw caution to the wind to secure a knockout at any cost. Although it makes him an extremely entertaining fighter to watch, it also puts him in the position to get caught by a punch that usually would not have.

As he heads into a fight against Glover Teixeira, Jiri will have to be extremely careful about how he decides to go about his business. Teixeira has been an active fighter since 2002. Hence, a career that has spanned over 20 years, comes with its fair share of experience.

Will we see #AndStill or #AndNew…🏆

Glover is perhaps the best grappler in the division now that Jon Jones is no longer active in it. On top of that, Teixeira has a pretty decent pop behind his punches as well. As a result, the Brazilian is going to be Prochazka’s most difficult opponent to face yet.

Ahead of the bout, let us take a look at Jiri Prochazka’s career and his losses over the years to see whether there is a pattern that Glover can exploit at UFC 275 or not.

How many times have Jiri Prochazka lost in his MMA Career?

Since turning pro as a Mixed Martial Artist in 2012, Jiri Prochazka has become a force to be reckoned with. Despite his relatively young age of 29, Jiri is a seasoned veteran with 10 years worth of experience and 32 fights under his belt. So far in his career, Jiri has a record of 28 wins, 3 losses and 1 draw.

Although Denisa has never lost 2 fights in a row, he does have a few losses spread over the course of his career. The first time that Jiri lost was in his 5 pro fight. He was fighting Bojan Velickovic at SFC 1 in 2012. Bojan who had a 6 fight run in the UFC from 2016 to 2017, knocked Jiri out in the first round with punches.

Prochazka enjoyed a 2 fight win streak after the loss to Velickovic However, his recklessness caused him once again as he was caught in a rear-naked choke by Abdul-Kerim Edilov at Fight Nights: Battle of Moscow 12. Similar to the last contest, this bout also ended in the first round.

After the second loss of his career, Prochazka went on an 11-fight unbeaten streak. During that period, Jiri had a fight that ended in a majority draw against Mikhail Mokhatkin in 2014. It was the only fight of Jiri’s career that went the whole distance. Mikhail is a world-class sambo practitioner who managed to survive the onslaught and drag Jiri the whole distance.

The Czech fighter’s last loss came against a former UFC veteran and a dominant wrestler Muhammed Lawal, popularly known as ‘King Mo.’ They met in the final of the RIZIN World Grand Prix 2015. The bout was chaotic from the get-go. Lawal secured an early takedown but Jiri managed to get up very fast.

But he was certainly worried about the prospect of another takedown. Hence, Prochazka had his hands low in order to defend another attempt at a takedown. But instead of shooting for Jiri’s legs, Mo landed a massive right hook that knocked Jiri out instantly.

However, Jiri made the required adjustments and managed to knock Mo out in their rematch in 2019 to become the first-ever, RIZIN Light-Heavyweight Champion. It proves that Jiri does possess a good fight IQ despite having a rough and rowdy fight style.