Joanna Jedrzejczyk Reveals She Is Fighting Zhang Weili on Her UFC Return, Says Dana White Offered Her a Title Fight 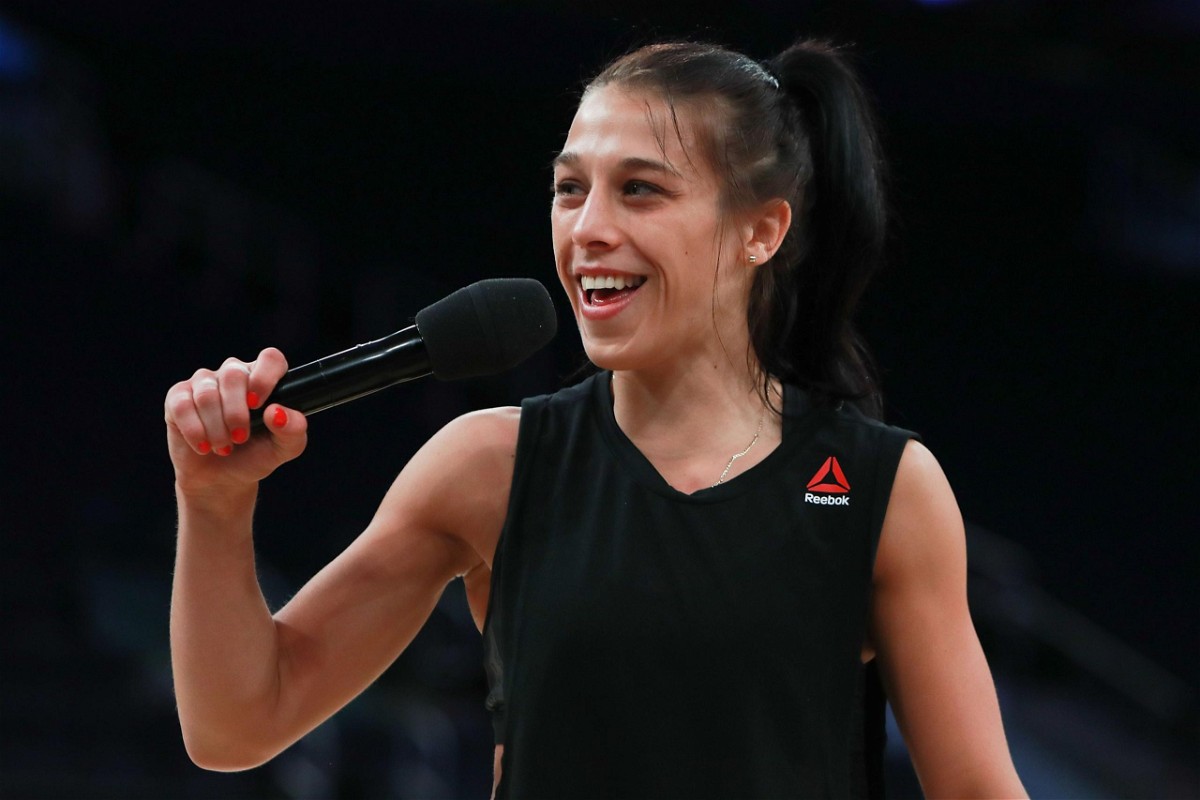 Former Strawweight champion Joanna Jedrzejczyk is currently on a hiatus from fighting. She last fought on UFC 248 against Weili Zhang for the 115 lbs championship. Despite coming up short, Joanna made a strong account of herself. The fight is considered to be one of the best bouts in the history of MMA regardless of gender.

Self-proclaimed ‘Queen of the Strawweights’ has enjoyed her life outside of the UFC octagon. However, according to a recent interview, Joanna is etching to make comeback to do what she does the best, fighting. Talking to Kanal Sportowy, she revealed the potential opponents and what her goal is.

Joanna Jedrzejczyk had her last UFC fight just before the pandemic started in 2020. Recently, the organisation removed her from the rankings citing her inactivity. She addressed her absence in the interview and spoke on the conversation she had with the UFC president Dana White. The Polish fighter has also shared a potential timeline for her return.

The 34-year old has a record of 16 wins and 4 losses. But all of those losses came in championship fights. According to Joanna, Dana White offered her a championship opportunity. However, she wants to be active instead of biding her time.

She said, “Everyone thinks I’m not in the UFC anymore, I am, I just dropped out of the rankings, because I haven’t fought for a dozen or so months. But I’m coming back and fighting (the No. 1 contender). It will probably be Zhang Weili.”

Jedrzejczyk went on to explain why she wants Zhang over any other opponents. “I thought it might be Carla Esparza, but (it’s) confirmed that she is the next to fight the championship, Somewhere there is (Maria) Rodriguez, who also fights Yan (Xiaonan) in March, and (then it) becomes Zhang Weili. I don’t see any other fight. Just going for the belt.”

Rose Namajunas currently is the champion of the 115 lbs and she has history Joana. Namajunas and Joanna Jedrzejczyk fought twice and had memorable encounters each time. Hence, UFC would not pass on the opportunity to make the trilogy and according to Joanna, Dana White offered her the opportunity.

“Dana made me an offer to fight for the championship, but I would have to wait until November, December and I don’t want to wait. I want to fight.”

Joanna Jedrzejczyk has certainly not opted for an easy way out. Weili Zhang is coming off a controversial loss to the current champion. However, she is a tough match-up for Joanna as evident by their last fight. Although there is no concrete evidence of the rematch taking place soon, it will certainly give the winner the opportunity to fight for the belt next.