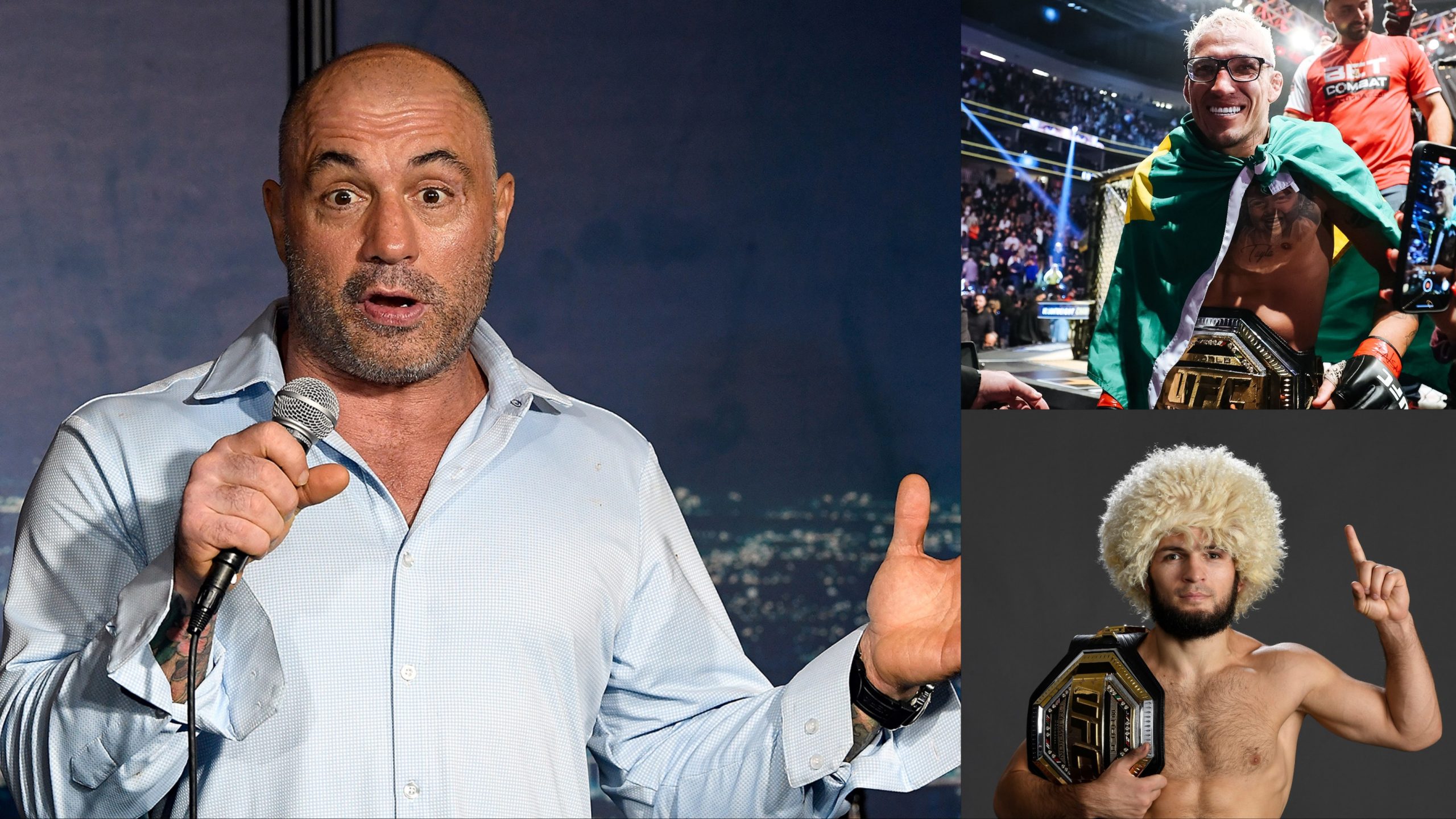 Khabib Nurmagomedov is considered to be the greatest lightweight Mixed Martial Arts (MMA) fighter to ever step inside an MMA cage. He won the 155 lbs championship against ‘Raging’ Al Iaquinta at UFC 223. Since then, Khabib did not have a long run at the top. But sometimes, quality supersedes the quantity.

The Dagestani fighter had 3 title defences. His 3 fights got more dominant than the previous. Khabib beat Conor McGregor via 4th round submission. The 33-year old followed it up with a 3rd round submission victory over Dustin Poirier. In his last fight, Khabib Nurmagomedov submitted Justin Gaethje in the second round and hung up his gloves. 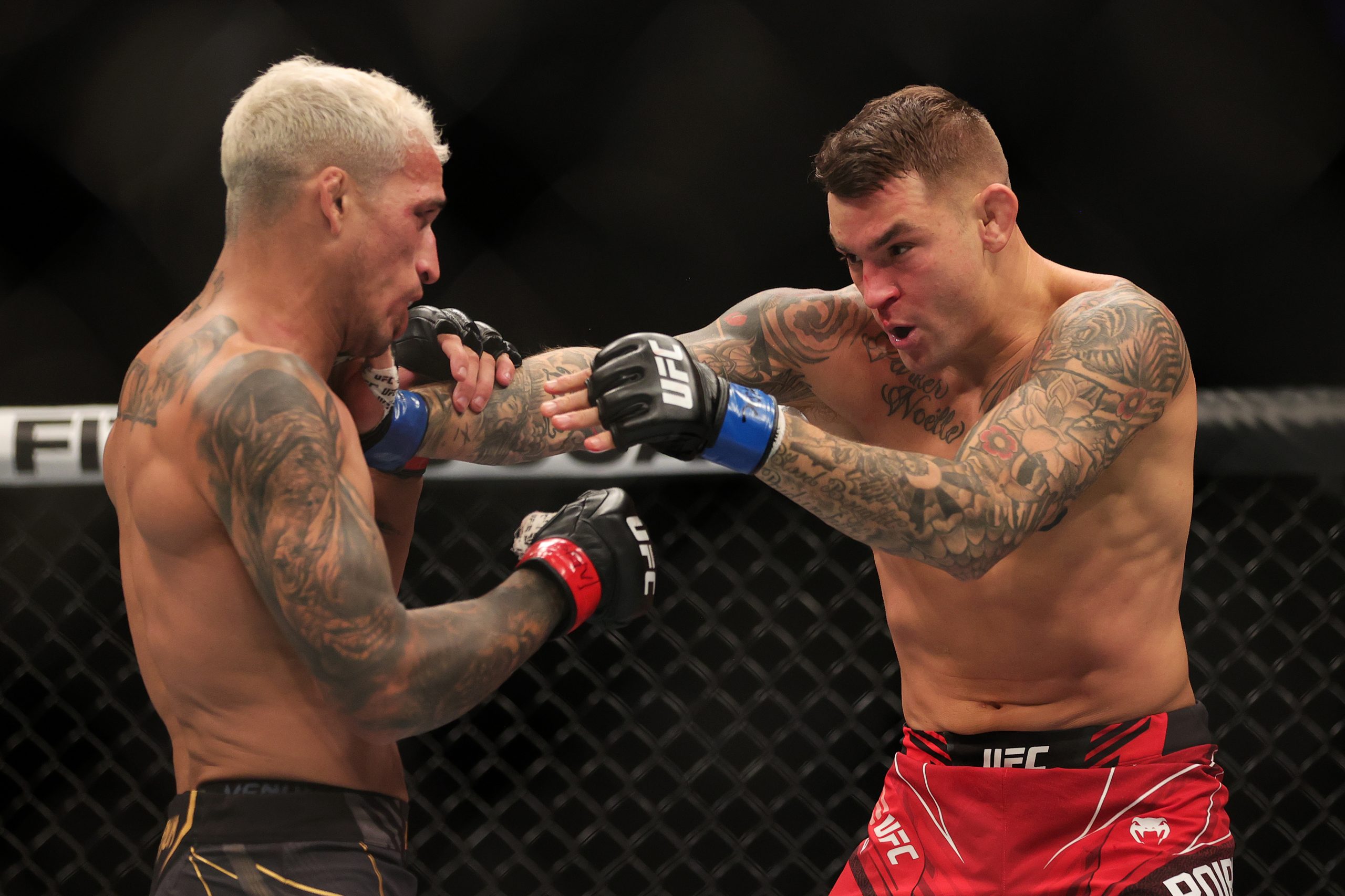 However, the division did not suffer a long void at the top as Charles Oliveira stepped up to win the vacant championship. His fight against Michael Chandler was a thoroughly entertaining one and the 32-year old finished the fight via TKO. Oliveira’s first title defence was very similar to his previous fight. After being dropped by Dustin Poirier in the first round, the Brazilian fighter submitted the challenger in the second round to retain his title.

In a recent episode of ‘The Joe Rogan Experience’, UFC colour commentator Joe Rogan spoke on the match-up between Nurmagomedov and Oliveira. He broke down the fight and explained why it will not be easy for Khabib to run through Charles Oliveira.

He added, “I think Khabib could do that (dominate) to anybody, except maybe Oliveira. People look at some of the losses Oliveira had. You can’t look at those, you gotta look at the wins. You have to look at who he is now.”

Rogan then stated his excitement for Charles Oliveira vs Justin Gaethje, which might be the champion’s next opponent. “That guy (Charles Oliveira) is the f***ing man! I’m super excited to see what he does against Gaethje…. that’s a real test. Not that Dustin wasn’t a real test too. But Gaethje is another kind of real test.”

The 54-year old spoke on the possibility of Charles Oliveira potentially fighting Khabib. “That would have been the fight! Maybe it could be. Maybe could be still. Khabib might decide at one point in time (to fight Charles Oliveira).”

Joe Rogan broke down Khabib’s fighting style. “Khabib smashes people…. He could do that to anybody except Oliveira…. He’s (Khabib) arguably one of the best submission artists even though he smashes so many people…. You see the way he goes through Gaethje like that. That is elite high-level, precision submission.”

An emotional night for the UFC lightweight king 👑

“Oliveira does that too…. That’s what makes you think wow! That would make the fight with Khabib so interesting. And I know Khabib has a lot of respect for him too…. There was an article that I was reading where he (Khabib? was saying, ‘Hey, you gotta be aware of this guy (Oliveira). This guy is f***ing for real…. People think of Oliveira as not being a monster because there are times where people have beaten him…. But he got better. You gotta accept that and not think of when he lost,” concluded Joe Rogan.