Sha’Carri Richardson is an American sprinter who is on her path to becoming the next big superstar in the sport. This is because Richardson has accomplished so many achievements at such a young age. The 21-year-old sprinter broke the NCAA record for the 100m sprint by finishing the race at 10.75 seconds. Besides the records, she is the sixth-fastest woman in the history of this sport.

However, the US Sprinter Sha’Carri Richardson’s road to success has come to a halt after she received a one-month ban after testing positive for marijuana and is set to miss the Tokyo Olympic Games in July. This news has come as a big shock to the entire nation after people had expectations that she would bring home a medal.

Also Read: Dustin Poirier Reveals What He Would Do to Win at UFC 264 if He Was Conor Mcgregor

Sha’Carri Richardson has explained her reasons for using the substance in an interview. Richardson revealed that she used marijuana to deal with the emotional trauma she suffered after her mom’s demise. She also added that To hear that information come from a complete stranger, it was definitely triggering. It was definitely nerve-shocking.” No offense to him at all, he was just doing his job, but it put me in a state of mind of emotional panic.”

However, being in that position in my life, finding out something like that … Dealing with the relationship I have with my mother, that definitely was a very heavy topic on me.“I was triggered and blinded by emotions, blinded by sadness, and hurting, and hiding hurt,” 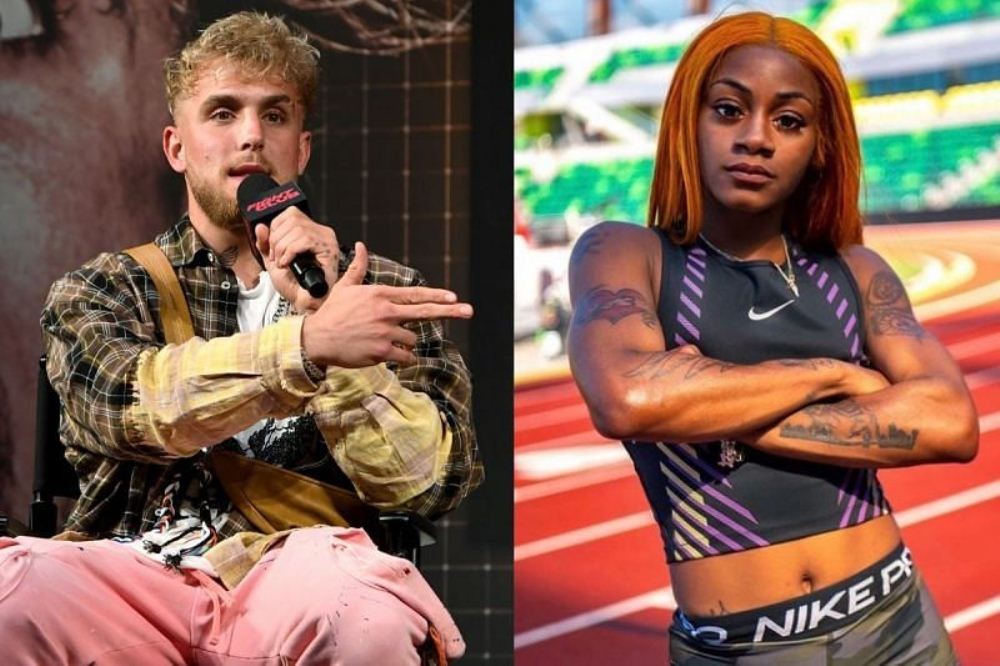 After hearing the news that Sha’Carri Richardson has faced a one-month ban for the use of cannabis and will miss the Tokyo Olympics. Many celebrities have raised their voices in support of the American Sprinter. Consequently, they have expressed their opinions regarding Marijuana use and have appealed to USADA to end Richardson’s suspension.

Along with these two superstars UFC Analyst, Joe Rogan believes that marijuana should be legalized and Olympic athletes should be paid. Various Athletes have also shared their experiences of using Marijuana. They believe Cannabis has helped them to recover from anxiety and other mental health issues.

Also read: “I Don’t Want Him to B***h Out”- Tyron Woodley Roasts Jake Paul For Forcing The Rematch Clause

Sha’Carri Richardson has offered an apology and believes that she will make her nation proud the next time she steps on the field. Furthermore, she has promised the entire country that “I greatly apologize if I let you guys down – and I did. This will be the last time the US comes home without a gold in the 100m,”

“Don’t judge me, because I am human… I just happen to run a little faster.”

Richardson also mentioned that she is very young and has a lot of time to compete in plenty of games in the future. She also added that her talent supports her because “Everything I do comes naturally to me, no steroids or anything.”

“This incident was about marijuana so after my sanction is up I’ll be back. Next time I step on the track I’ll be ready for whatever anti-doping agencies come and [they will] get whatever they need because this will never happen again.”

Also Read: “It’s MMA, Put It All Together”- Dustin Poirier Warns Conor Mcgregor of His Boxing Heavy Approach During Fights

Is Cannabis illegal in the Olympics?

The important question that lies in most person’s minds is whether cannabis is illegal in Olympics. Yes, the use of Marijuana is prohibited in the Olympics because WADA classifies THC as a substance of abuse.

Even though Marijuana does not help athletes to enhance their performance the World Anti-Doping Agency has increased its limit for a positive test. They have not taken down Cannabis from the list because it still declares that the drug meets at least two of the below criteria.

However, many leagues have softened their stand towards restrictions on the usage of Cannabis. The NFL has raised the boundary for a positive test and completely stopped suspending players. In addition to NFL, Nba has also stopped its random testing for cannabis in 2020.

In the end, it is a big debate whether the use of marijuana should be legalized in the Olympics for sports athletes. Because many athletes have previously raised their voices and expressed that it helps them to relax and release their anxiety. Therefore the Anti-Doping bodies should consider everything and make a good decision accordingly.

Also Read: Sean O’Malley Shares How it Was Like to Get “High” for the First Time