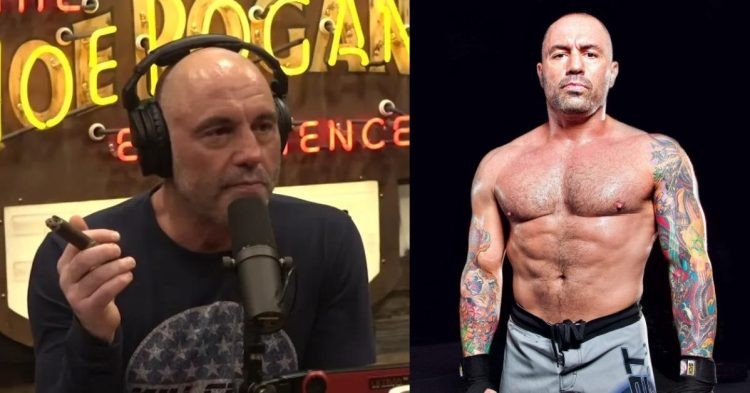 Popular UFC commentator and podcast host Joe Rogan showed off his incredible weight loss and body transformation after embarking on a carnivore diet. This particular diet might be the reason for Joe to be in phenomenal shape when he’s at 55 years of age.

Joe has been involved in the martial arts world all his life. There are clips of him working out and training in different martial arts, as he regularly posts on social media. The 55-year-old hosts the most famous podcast named ‘The Joe Rogan Experience’.

There he brings reputed individuals from nutritionists, chefs, and world-class athletes to scientists. Rogan has always been open-minded to everything including the fitness industry. In a video uploaded last year, Rogan revealed that he’d been on the carnivore diet for January, showing off some impressive results.

“I did the carnivore diet for the month of January and I lost 12 pounds. I gained a ton of energy. My energy levels were completely flat the whole month, no ups or downs or crashes after eating.”

The diet consists of eating only meat, fish, eggs, and other animal products whilst excluding all other food groups. In the video, Rogan explained his experiences:

“I had a belly and a lot of people made fun of me, fat-shamed me. I lost all my fat, I lost my belly, I lost my love handles. I don’t know if I’m going to keep eating like this but it was tremendously beneficial.”

The UFC commentator said that he has been fat-shamed which is a little weird to think, as he is very active and regularly hits the gym. Nonetheless, Joe is in phenomenal shape right now and he is uncertain if he will keep going with his diet.

What was Joe Rogan’s Carnivore diet?

Joe Rogan is a podcaster, comedian, actor, former television presenter, and current UFC color commentator. From his training clips on the internet, it is evident that he is very active and often trains in different martial arts.

Later he said that the diet helped him lose 12 lbs, have more energy, and relief from some health issues. However, it also caused severe diarrhea as the diet lacks important nutrients like fiber. He said on Instagram that “lots of aches and pains went away” and that he’d seen “improvements in my vitiligo” which is a chronic skin condition.

At the time, Rogan’s typical day of eating on the carnivore diet involved two meals – six eggs or a steak for breakfast, and for dinner, he would eat another steak, either beef or elk, or wild animals like bison.

Researchers suggest meat-based diets lack fiber, which can cause side effects like digestive upset such as Diarrhea. It may be a common side effect of cutting veggies, grains, and other plant foods out of the diet.

While meat contains a lot of proteins and important nutrients, it misses out on fiber, a type of carbohydrate that is slow to digest. Fiber is a very important nutrient as it can reduce the risk of illnesses like heart disease and helps in healthy digestion.

Other than that, plant foods are also rich in other nutrients; including vitamins, minerals, and antioxidants.