Will John Cena return for WrestleMania 38?

John Cena, a name synonymous with WWE for many around the world, says he is “not done” with WWE. One of the few who lays a strong claim to be on the Mount Rushmore of Pro-Wrestling, the Leader of the Cenation was the face of WWE for more than 2 decades. However, in recent times ‘The Champ’ has been nothing more than a part-time wrestler due to his incredibly busy schedule as a successful Hollywood actor.

However, ‘The Show of Shows’ is one event where John Cena always comes back with only WrestleMania 37 being a glaring exception.

John Cena made an appearance on the 11 January edition of The Ellen Show to promote his upcoming project ‘Peacemaker’ – a spinoff of DC’s Suicide Squad.

ONE WEEK until #PEACEMAKER (and Eagly!) bring ✌️to @hbomax!!

During the show, John Cena addressed his future with WWE and whether or not he will make an appearance at WrestleMania 38 in Dallas. “WrestleMania is usually in the cusp of late March, early April. I don’t know if I’m going to make it this year,” Cena told Ellen.

“That’s a good conundrum to have because there’s a lot of good opportunities coming up, which I would love to take.”

“And if all those things line up, I don’t know if I’ll be able to make WrestleMania.”

As for his future beyond that, he added: “But I will tell you and everybody out there watching, I’m not done with WWE by a long shot.

“That’s my home, I love it. I was able to go back during the summer for a few months and entertain audiences when they welcomed audiences back to arenas. So, I’ve far from had my last performance.”

So, there you have it, folks. We might not get an appearance from Mr. Hustle. Loyalty. Respect at WrestleMania 38 but what are surprises for?

Do you think John Cena will return at WrestleMania 38?

When did John Cena last appear on WWE?

‘The Summer of Cena’ was the last time the leader of Cenation was seen inside the WWE ring. Cena made a surprise return at WWE Money in the bank 2021 and challenged Roman Reigns for the WWE Universal Championship.

From there he wrestled 15 untelevised matches for WWE. He unsuccessfully challenged Roman Reigns in the main event of SummerSlam 2021 in August.

The 16-time WWE World Heavyweight Champion made his last appearance in WWE on September 10, 2021, at Madison Square Garden, where he teamed up with The Mysterios (Dominik and Rey Mysterio) to defeat The Bloodline (Roman Reigns and The Usos) in the dark main event after SmackDown tapings were over. 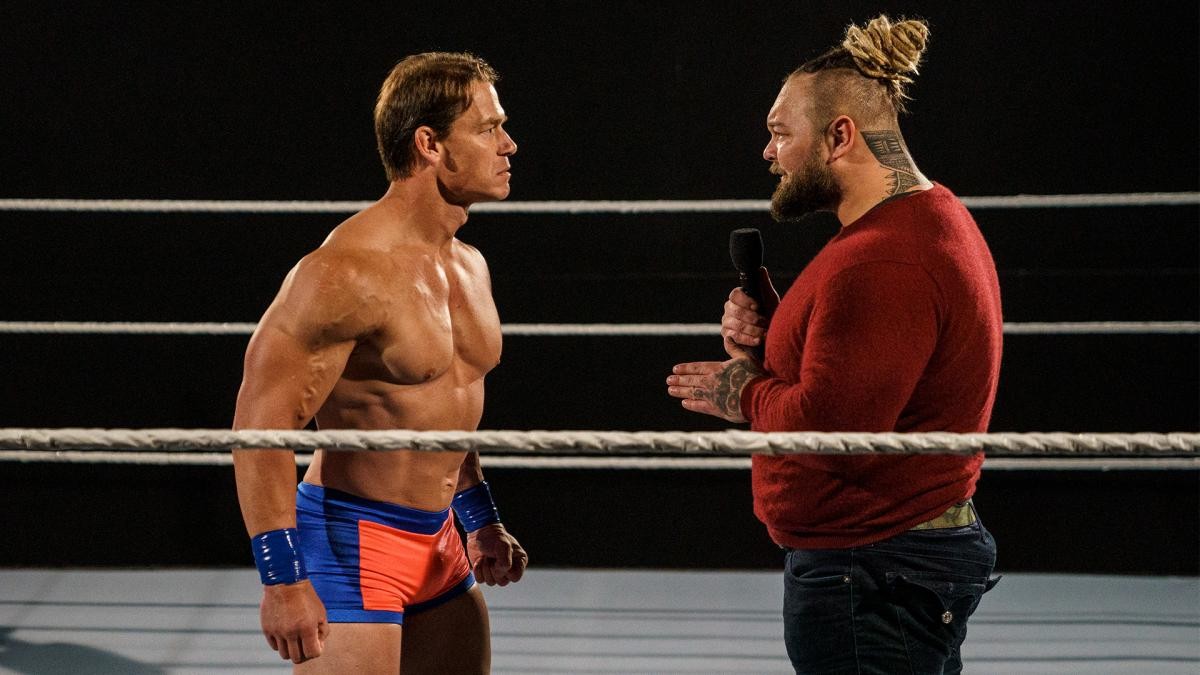 As for WrestleMania, John Cena wrestled his last match at WrestleMania 36 against The Fiend in a Firefly Fun House Match.