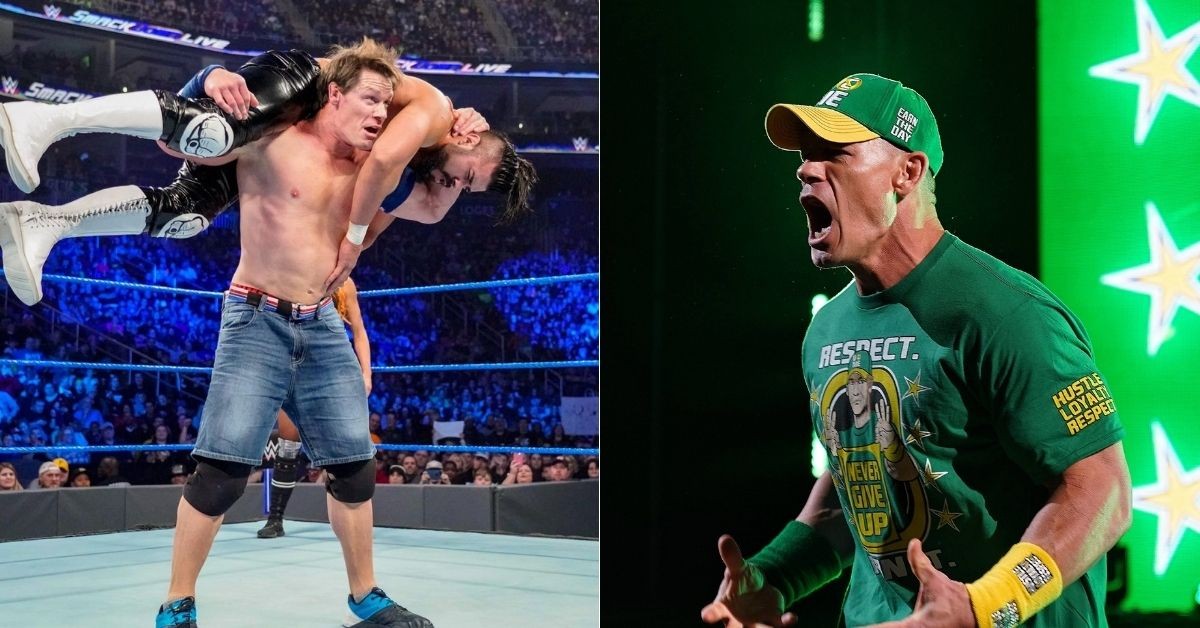 16-time WWE Champion John Cena recently talked about his thoughts on a potential WWE return. John Cena has become one of the biggest stars in Hollywood with a very busy schedule on his hands.

WWE has been dependent on John Cena whenever they wanted to garner more excitement for their shows. Fans are curious to know whether he’ll wrestle again after rumors started speculating a big return in 2022.

When did John Cena last wrestle in WWE?

John Cena is now a bonafide Hollywood star and has become a part-timer for WWE. His last run in WWE saw him return at Money in the Bank 2021 to engage in a feud with Roman Reigns for the Universal Championship.

Roman Reigns would go on to defeat Cena at SummerSlam to cement himself as the new face of the company. Cena would go off television and return to his Hollywood routine. He has always been of the few legends that WWE can expect to return for a program when they need it the most. But, Cena recently discussed how he would like to return to WWE once more.

What are Cena’s conditions?

The wrestler-turned-actor has made sporadic appearances almost every year, and there are rumors about his return for a big-time storyline this year. Many rumors stated that Cena may come back to feud with United States Champion Theory after a few verbal spats from the 24-year-old superstar on Twitter.

Everyone understands that you have far more talent, strength, and gifts than I ever had. Don’t apologize for that. Ever. An apology should come 20 years from now if you fail to provide the EFFORT needed to turn your potential into your legacy. I hope that day never comes. 🥃 https://t.co/3apKiTwgDw

Cena appeared in an interview on the In The Envelope Podcast, where he discussed the importance of the direction that WWE would want to take should he consider returning to the ring.

Cena said, “I think for me at least it comes down to loving the material and then it goes to the next level of well is this with good folks and sometimes you know.” He added, “So, if I read a script and I’m throttled by it and, I just, I love the story and I feel as if I can contribute to the story. It also doesn’t matter what they want me for, they could be a small part walk across the screen and say hi or it could be you know, you with your name on the marquee”.

Cena has not retired from wrestling yet. If WWE chooses to bring him back for another match, it’d probably be a program meant to elevate a new star, such as Theory. What are your thoughts on John Cena’s return? Drop your comments below.

5 Instant Storyline Changes That Can Take Place After WrestleMania Backlash