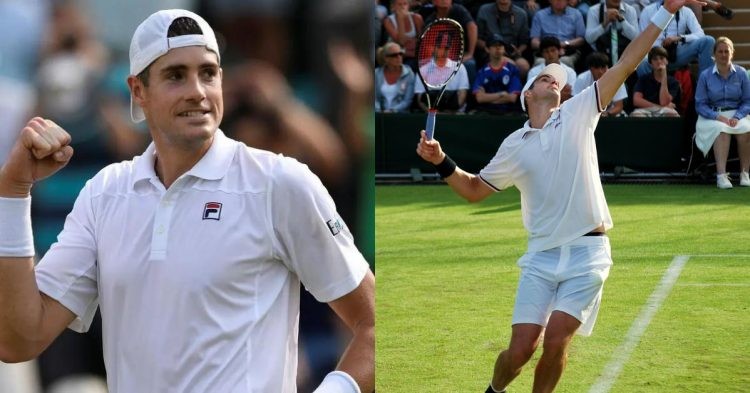 John Isner crashed out of Wimbledon in the third round but he managed to create an important and unique record during the match. He was five shy of breaking Ivo Karlovic‘s record of 13,728 aces before his match against Jannik Sinner.

He hit five aces in his first two service games to break the prestigious record. He went on to hit 19 more aces in the match and established himself as the king of aces in tennis. During his match against Murray, Isner hit 36 aces and it helped him in winning the match.

After winning against Murray, the  6ft 10in American said, “It’s not going to put me in the Hall of Fame or anything like that, because that’s not me. But I will be the all-time leader. I’ll keep playing, keep adding to my total.”

• 54 aces in the first round
• Fifth man to reach 1000 aces at #Wimbledon
• Breaks record for most aces on the ATP Tour@JohnIsner serving up a treat 🂡 🃁 🂱 🃑 pic.twitter.com/A2e3buG81e

While Isner may end his career without any subtitles, he still has this record to take home. Moreover, it will be a while before anyone else breaks this record as only five players have breached the 10,000 aces mark. Out of these five, two have already retired while two are on the verge of retirement.

John Isner loses against Jannik Sinner to crash out of Wimbledon

When Isner beat Murray, it felt like he had a good chance at this year’s Wimbledon. However, his Wimbledon campaign came to an end when he lost his third-round match against Jannik Sinner. Moreover, Sinner won the match in straight sets with the score 6-4, 7-6, 6-3.

What is interesting to note is the difference in the number of aces hit by the two players. Isner hit an astounding 24 aces in the match. On the other hand, Sinner managed to hit only 2 aces. Even then, Sinner dominated against Isner and marched to the next round.

Isner also achieved another unique feat during the match. He became the fifth player ever to hit 1000 aces in Wimbledon. Considering Isner’s age (37 years), he may not have many years of tennis left. He will try to score more aces and strengthen his record before retirement.