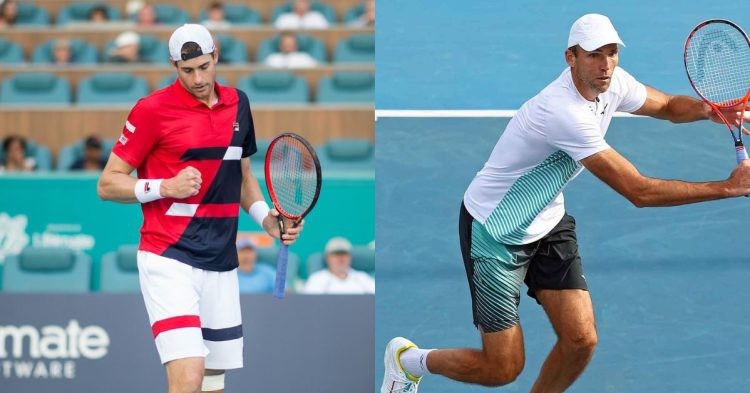 Aces play a big role in any tennis match. It is the fastest way to get points but it is also the most difficult way. For any spectator, watching a player hit an ace looks like an easy affair. However, it is much more difficult than it looks and requires hours of practice to get the speed and accuracy right. Here is a look at players with the most number of aces in tennis history.

Ivo Karlovic is a Croatian tennis player who is famous for his serve in the tennis world. With a height of 6 ft 11 in, Karlovic’s serve comes from a deadly height and is difficult to read. He has hit 13,728 aces in his career so far is one of the few players to cross 10,000 aces.

At the age of 43, he is still an active player but has certainly seen a huge dip in form. Even his serves have become less lethal now. However, there was a time when even the top players dreaded facing him because of his serve.

John Isner is an American tennis player who is very similar to Karlovic when it comes to his build. His serves also come from a tall height due to his 6 ft 8 in body. He recently beat Andy Murray in the second round of Wimbledon and hit 36 aces during the match.

After the match, his total aces reached 13,724. He is only 5 shy of beating the record held by Karlovic. Isner will soon face Jannik Sinner in the third round and is most likely to break the record. Talking about the same, he said, “I’ll keep playing, keep adding to my total. I could be up there for a long time.”

Roger Federer- legend for a reason

The Swiss legend probably has his name in almost all the record lists of tennis. While he has been on a break for a year now, he still holds a comfortable position on this list.

Federer has served 11,478 aces till now in his career. The figure is pretty impressive considering his rivals Djokovic and Nadal. Djokovic has hit 6440 aces till now while Nadal has hit 3856 aces.