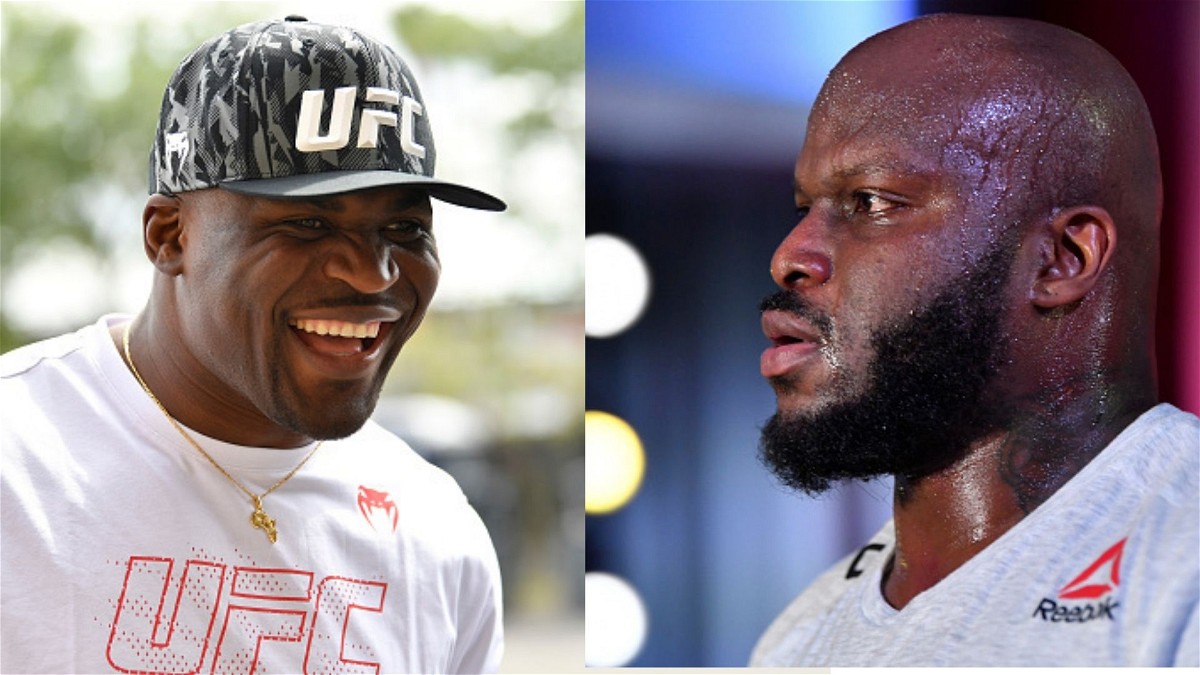 It seems like the UFC has indeed moved on from Jon Jones with UFC president Dana White teasing an epic encounter between Francis Ngannou and Derrick Lewis for the main event of UFC 265. As it stands, UFC 265 is without a headliner, with Amanda Nunes set to meet Julianna Pena in the co-main event for the UFC gold.

“We are working on some things right now, and yes that’s one of the fights we are working on.” Dana White said following the conclusion of UFC Vegas 27: Font vs Garbrandt where Font picked up a spectacular win over the former champion to make case for the championship gold next.

Francis Ngannou and Derrick Lewis have both verbally agreed to fight each other, with Lewis dropping hilarious one-liners against Ngannou ahead of the fight. Needless to say, in what promises to e an exciting and explosive match-up between the two knockout artists, expect fans on the edge of their seats when this goes down.

Additionally, both the fighters will look to make people forget the first encounter, which is arguably considered one of the most boring fights in the history of UFC considering the magnitude and anticipation for the match-up. Both Lewis and Ngannou shared the Octagon following Ngannou’s failed attempt at grabbing the UFC gold from Stipe Miocic and delivered a lackluster performance against the Black Beast, losing the fight via unanimous decision.

Also Read: What’s Next For Cody Garbrandt After Disappointing Loss Against Rob Font at UFC Vegas 27?

Needless to say, the rematch promises to be exciting with both the fighters looking in great spirits ahead of the match-up. While Ngannou is coming off an incredible KO win over Stipe Miocic to become the UFC heavyweight champion of the world, Derrick Lewis is coming off a scintillating KO win or Curtis Blaydes to once again try his shot at the heavyweight title.

Derrick Lewis faced Daniel Cormier for the UFC heavyweight title in his first attempt, losing the fight via submission in the second round. Needless to say, Lewis has shown huge improvements since that fight and is currently on a four-fight win streak.

With Jon Jones out due to contract negotiation disputes, Francis Ngannou vs Derrick Lewis should get the official confirmation in the near future.