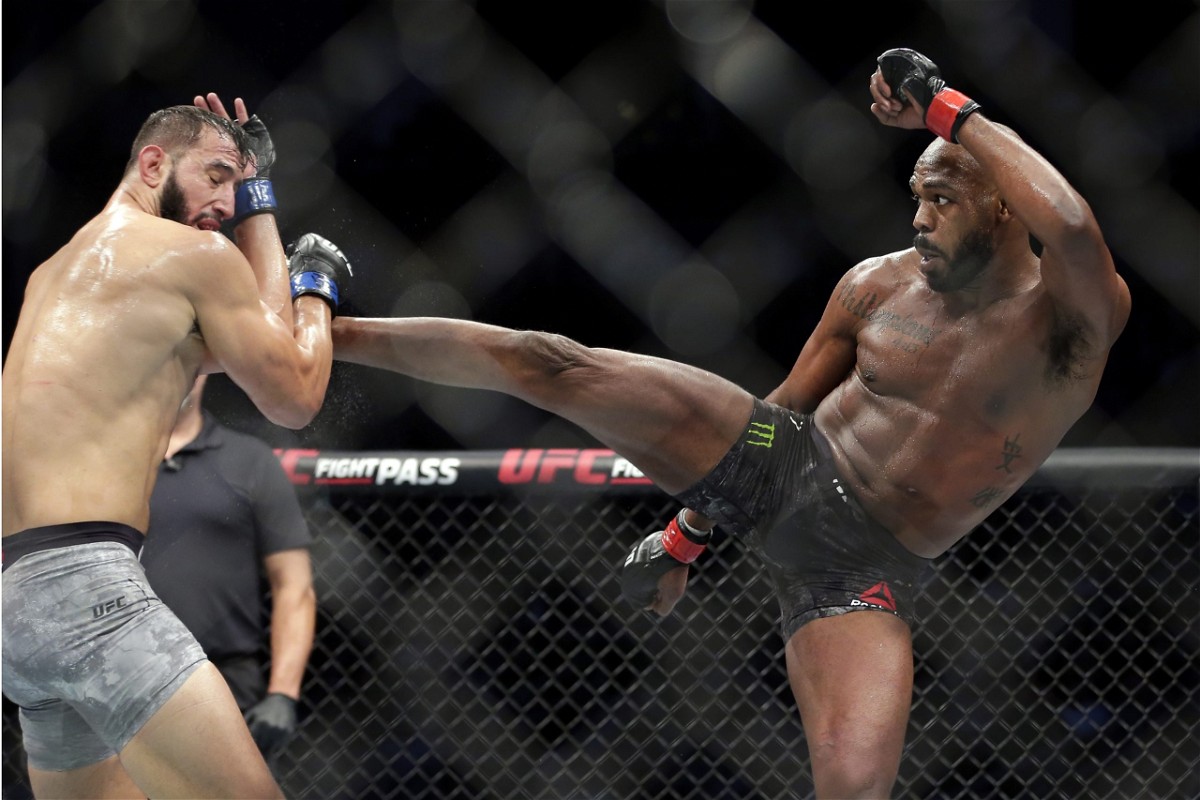 Jon Jones last fought in February of 2020. He defended his light heavyweight title against Dominic Reyes at UFC 247. Despite winning the fight via unanimous decision, his win was highly disputed amongst the fans, peers and ex-fighters. Many felt like Dominic Reyes won the fight handily, and Israel Adesanya was one of the leading voices of that opinion.

Jones relinquished his title after winning the bout with Reyes at UFC 247 and announced his wish to move to the heavyweight division and win the championship there. But he did not retire before entertaining a fight against the current middleweight champ, Israel Adesanya.

Adesanya has never been respectful towards Jon Jones. Ever since Israel came into the UFC, he has taken shots at Jon here and there. However, the rivalry took on a life of its own after Adesanya’s victory over Robert Whittaker.

Ever since then, the Kiwi fighter has explicitly stated his desire to fight Jones at both light-heavyweight and heavyweight. Since then, the fans have pondered how the fight would have gone had the two fighters clashed. Jones seems to have the answer.

Jon Jones would have ‘ground and pounded’ Adesanya to death

Jon Jones was asked earlier today on Twitter about how he thought the fight between him and Israel Adesanya would have gone. In reply to that, the former light-heavyweight champion said Adesanya is a very ‘low level’ grappler.

After Jones let go of his title, Israel Adesanya sensed the opportunity and took on the former 205 lb champion, Jan Blachowicz who had the title at the time. Many predicted the fight would be one of the easiest championship fights in the history of the UFC. Instead, Blachowicz caused a massive upset by beating the 185 lbs champion.

The Polish fighter took down the Nigerian native multiple times and kept him under control. Israel was not equipped enough to deal with Jan’s wrestling and he suffered the first loss of his professional MMA career. Jones referred to that and wrote,

It’s been a really long time since I fought someone was such a low level of grappling. He would’ve got ground and pounded to death https://t.co/QT0QxxdU6z

Jon Jones has had a turbulent few weeks. He was arrested on multiple charges. Despite being free now, Jon Jones has no plans to fight anytime soon. He wants the title shot. But the champion, Francis Ngannou, is booked to fight Ciryl Gane. Hence, a fight with former champion Stipe Miocic is an interesting proposition for the 33-year old as well. So it will be interesting to see where he goes from here.