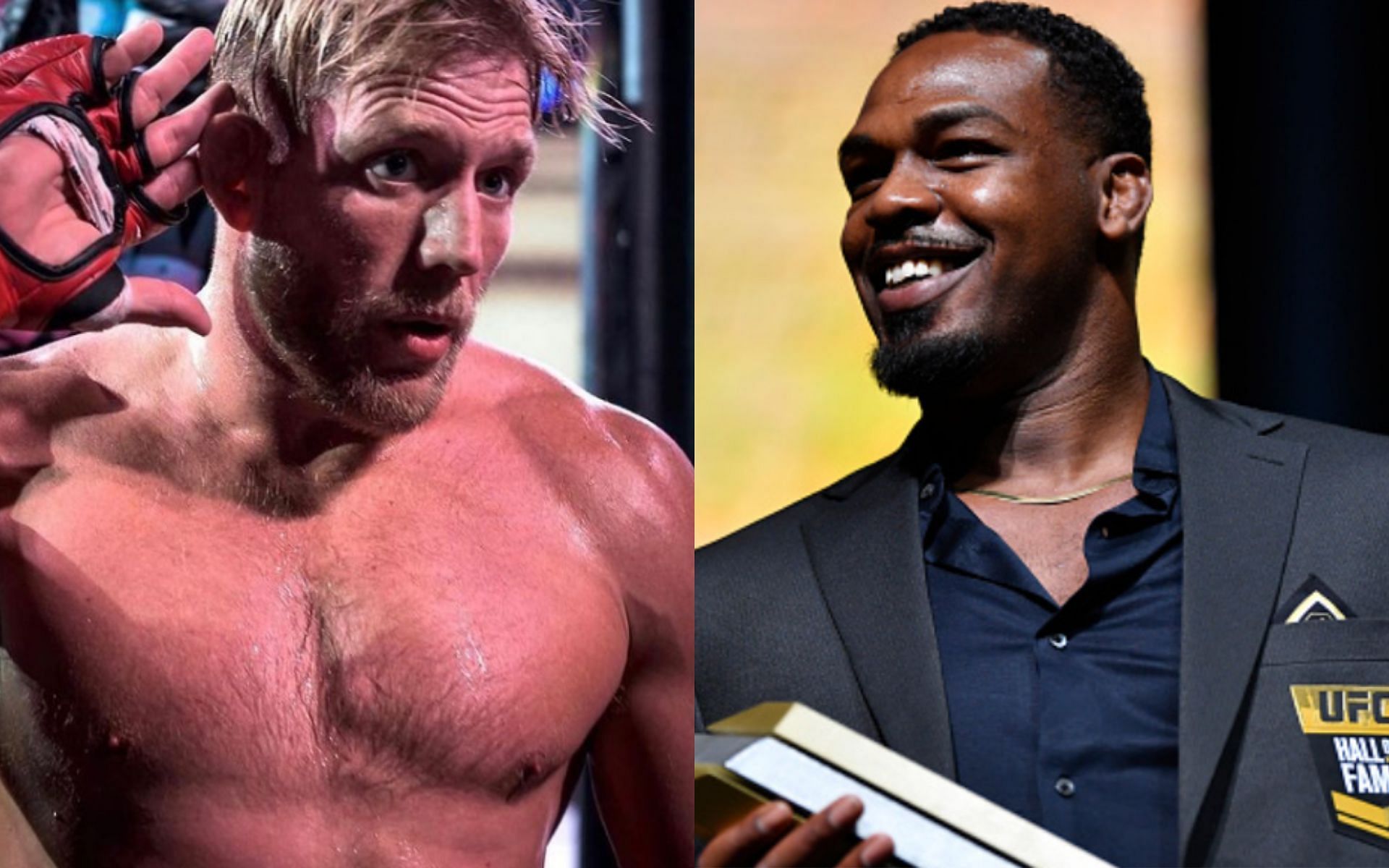 Fight enthusiasts will be very excited after Jon Jones made an announcement earlier today that he will compete in a grappling match against AEW superstar and Bellator heavyweight contender Jake Hager.

According to Jones’ tweet, this matchup will take place at the Fury Grappling Organization in New Jersey on 9th December. However, Jake Hager denied this news by replying to the former UFC champion’s tweet. The Bellator star claimed that he has not agreed to the terms for this bout.

First of all it’s @AEWonTNT and undefeated @BellatorMMA heavyweight Jake Hager, secondly no terms have been discussed or contract signed. We can talk if the terms are right. https://t.co/6ScRt0gNmj

“First of all it’s @AEWonTNT and undefeated @BellatorMMA heavyweight Jake Hager, secondly no terms have been discussed or contract signed. We can talk if terms are right.”

Despite Hager’s claims, MMA Junkie has confirmed that they have verified the plans with credible sources after Jones made the announcement. Nonetheless, we will have to wait is for Fury grappling to officially make this announcement on their social media pages.

Jon Jones takes a dig at Jack Swagger on Twitter

Jon Jones will make his much anticipated competitive return after almost two years as he takes on Jake Hager in a grappling match. Despite the fight not being inside the octagon, fans will keep a close eye to see how the former UFC light heavyweight champion fares against the Bellator star.

Besides, another reason to look out for this fight is to see the new tools that Bones has developed in grappling. Owing to the fact, he recently trained with Henry Cejudo who is one of the best wrestlers in the world. Consequently, as we lead up to this grappling contest, the former UFC champion has already started promoting this match.

Soon after Jake Hager slammed Jones’ announcement about the match, the former UFC champion took a sky dig at the former WWE superstar. “Come on people let’s get Jake to 1 million followers, sorry I didn’t know who you were. Lol”

Both the fighters have engaged in a back and forth on Twitter. And it would be interesting to see how Hager responds to Jones slamming his popularity.