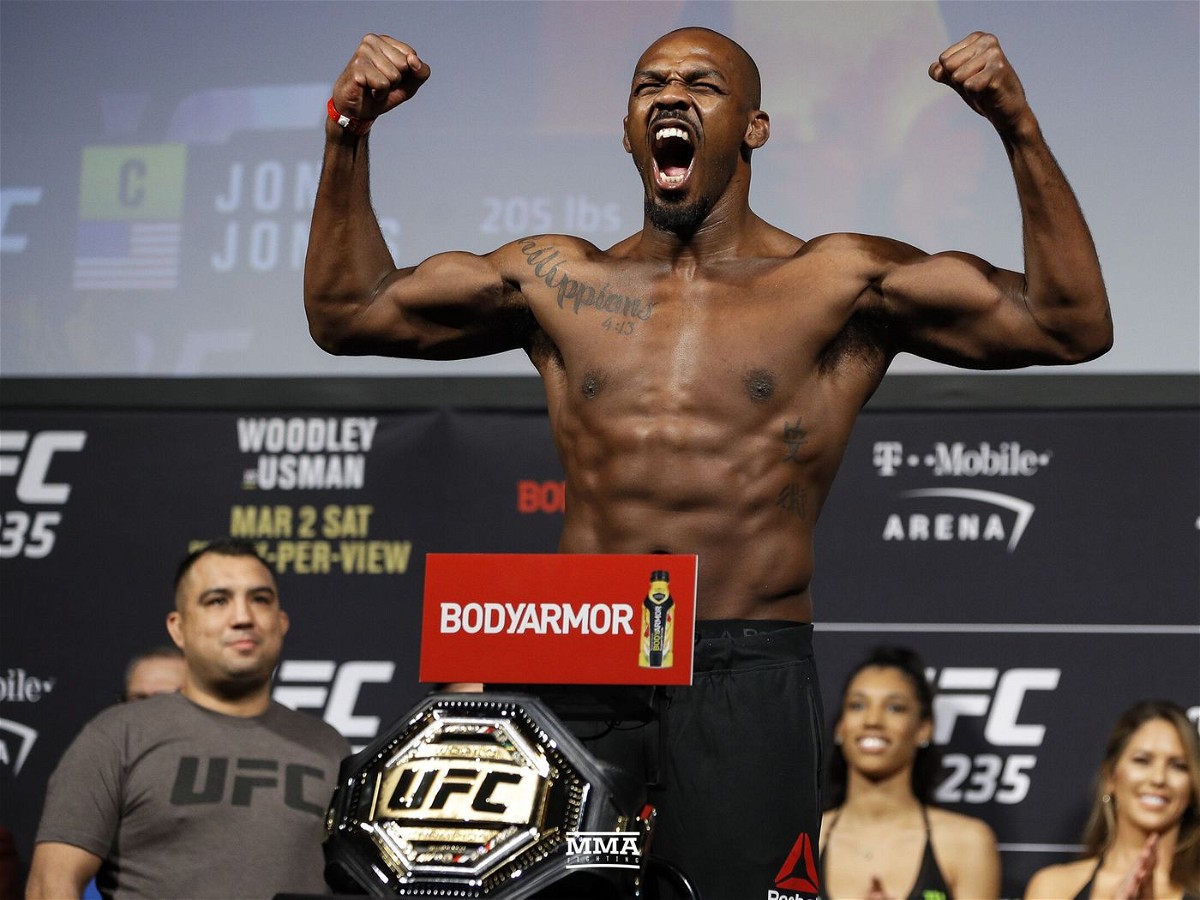 Jon Jones, while responding to a fan has revealed that he is targeting a return to the Octagon at the beginning of next year. Jon Jones’ UFC future hangs in balance after the former light-heavyweight champion decided to stay out from active competition following failed negotiation with UFC president Dana White over a super-fight with Francis Ngannou.

At the time when Jones pitched this fight, Ngannou was the #1 contender for the UFC heavyweight championship, however, as it stands today after a vicious KO win over Stipe Miocic, Ngannou reigns as the UFC’s heavyweight champion. Needless to say, it makes for more excitement and anticipation should the undefeated fighter faces the power phenom Francis Ngannou in the near future.

Also Read: Conor McGregor and His Dirty Habit of Holding Onto Opponent’s Gloves During Fights 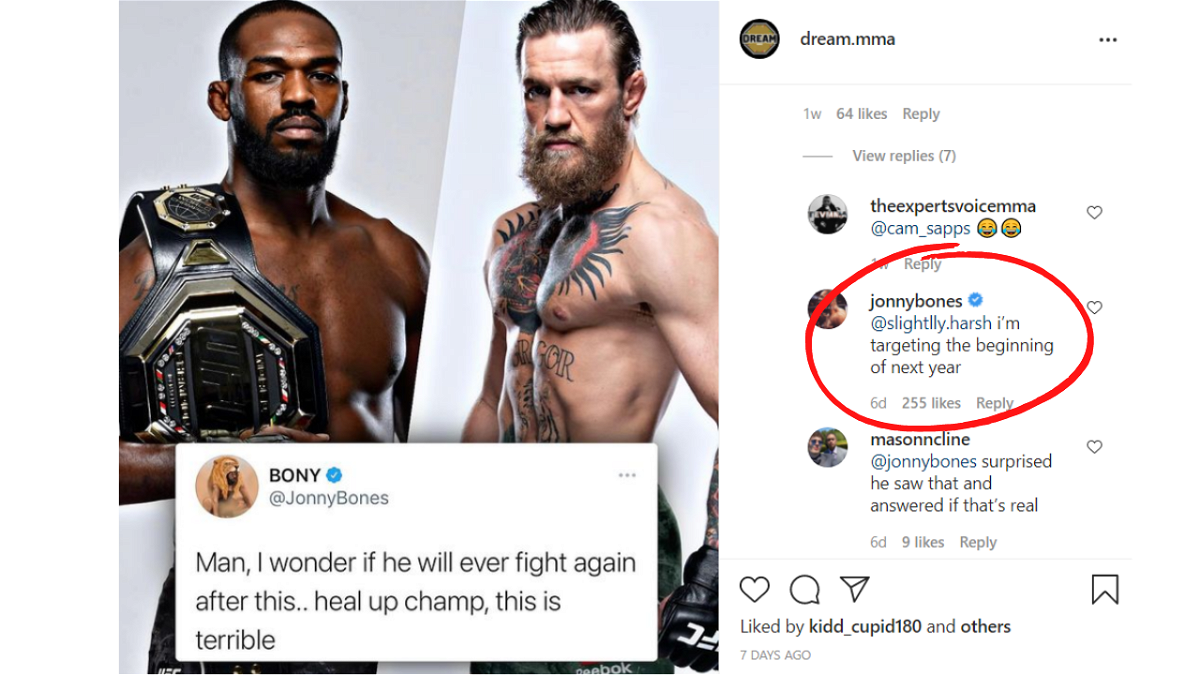 Who should Jon Jones face in his UFC return?

Jon Jones is widely regarded by many as the greatest combat sports athlete of all time. Jones’ reign as the light heavyweight champion will remain unparalleled for years to come and his undefeated streak as a mixed martial artist makes him stand out from his competitors by a huge margin. 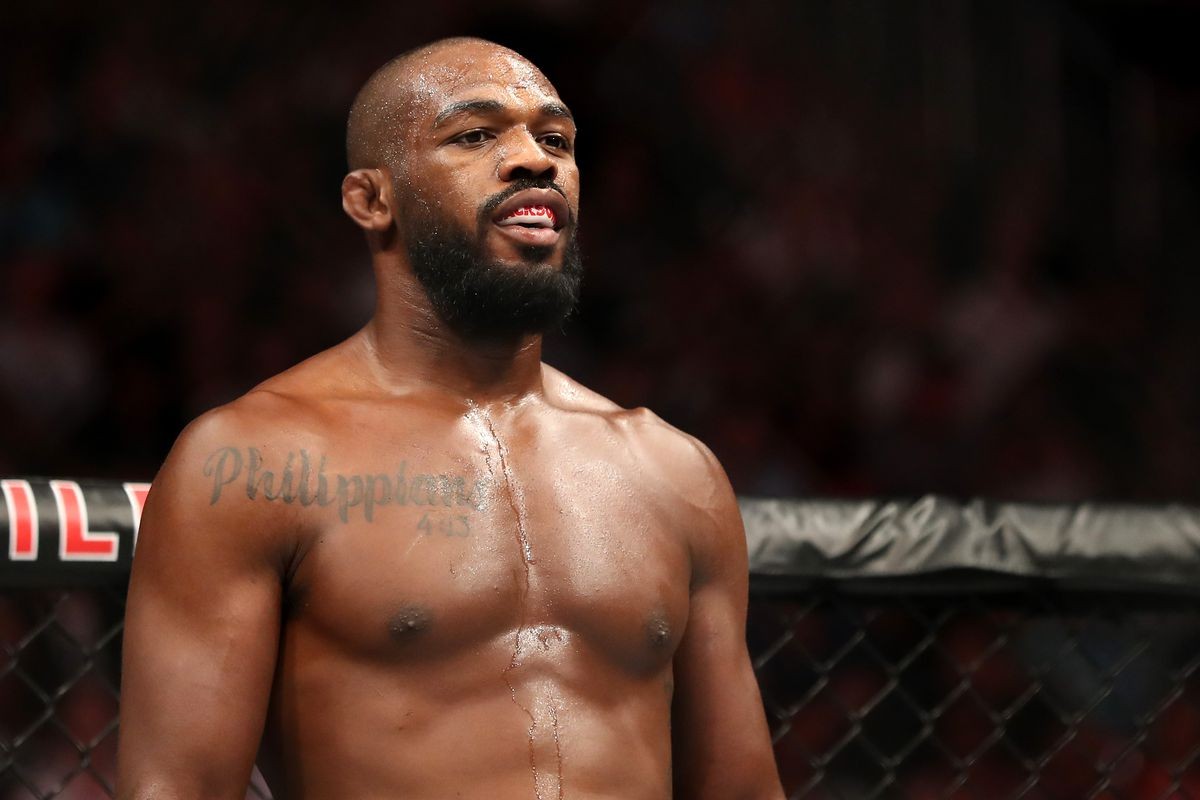 Needless to say, Francis Ngannou stands out to be the most exciting option for Jon Jones in his move to the heavyweight division. However, with a lot happening in the UFC’s heavyweight division now with Derrick Lewis set to face Ciryl Gane for the interim heavyweight championship and Francis Ngannou waiting in the corner to fight the winner, it will be interesting to see where the division would be when Jones makes his debut.

Why Was TJ Dillashaw Suspended for 2 Years by the UFC?