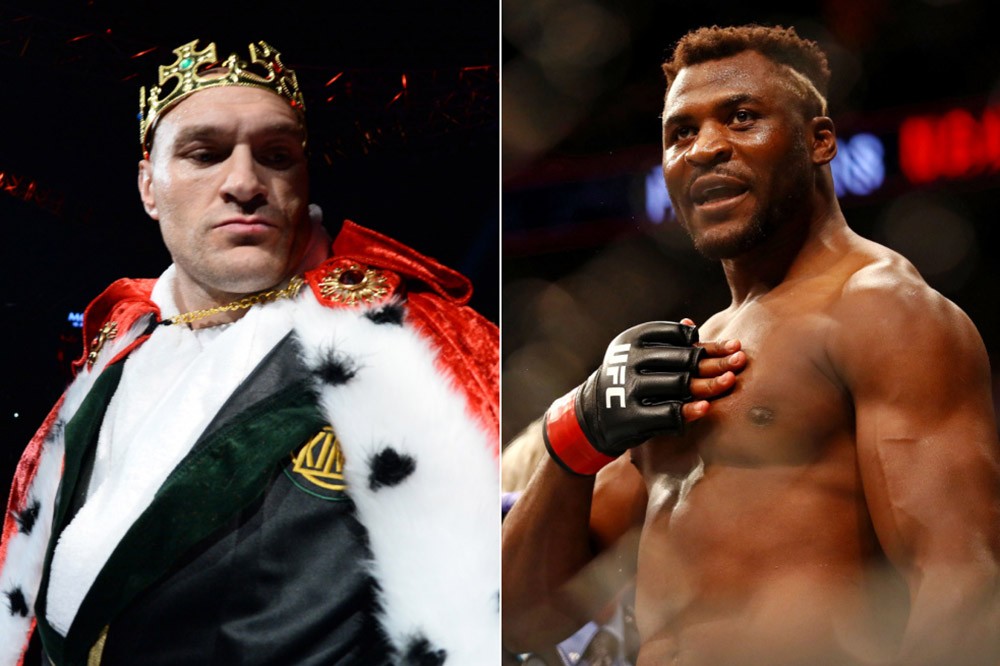 The WBC heavyweight champion, Tyson Fury has been aiming for a super fight with Francis Ngannou for a while now. The Nigerian heavyweight champion has shown interest in making his boxing debut in the past. And that’s why this fight might happen in the near future.

Tyson Fury believes this fight should be made as soon as possible. Recently, Fury called out Francis Ngannou to a fight to which Ngannou replied that he will beat Jon Jones in the heavyweight division first and then jump into the boxing ring to fight Fury.

However, Tyson Fury is not too excited about Ngannou’s plans. The Gypsy king believes that if Ngannou fights Jon Jones next then Jones is going to smash the heavyweight champion. On his Instagram stories, Tyson Fury stated:

“Francis Ngannou if you fight Jon Jones he will 100% smash you. Then it’s over. Dana White let’s make me vs the ugly dosser Francis Asap.”

Stipe Miocic opens up on his loss to Francis Ngannou

Will Francis Ngannou vs Tyson Fury ever happen?

Tyson Fury has not limited himself to the world of boxing. After his triumph over Deontay Wilder, Tyson Fury went over to the world of pro wrestling and did some amazing things in WWE. He was even considering a MMA debut in UFC not so long ago.

However, if Francis Ngannou vs Tyson Fury happens then it will most likely inside the boxing ring. But, it’s unlikely to happen before 2022. Francis Ngannou has some unfinished business in UFC such as the rematches against Derrick Lewis, Stipe Miocic, and a showdown with Jon Jones.

Now it’s needless to say that Tyson Fury can school Ngannou inside a boxing ring. But, Ngannou is arguably the scariest puncher in the history of combat sport. And that is why this fight is so intriguing. Can Ngannou land the most perfect punch of his career to beat the Gypsy King?

When it comes to whether UFC will allow Ngannou to box Tyson Fury, a lot would depend on how Ngannou performs in his next few fights. If Francis Ngannou beats Derrick Lewis, Stipe Miocic, and Jon Jones then Dana White might start thinking about making this fight happen as there would not be any bigger fight for Ngannou in MMA.