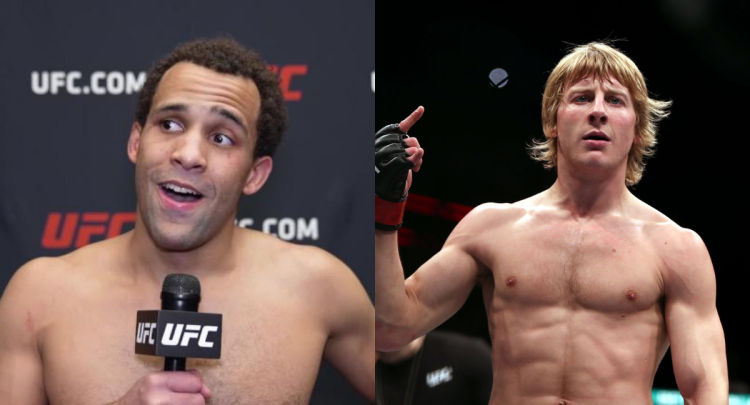 Jordan Leavitt is currently gearing up for the biggest fight of his career against Paddy Pimblett. Leavitt will enter the octagon to face the Englishman for his 12th professional bout on July 23rd. Both Leavitt and Pimblett are fairly new to the UFC. The former got into the UFC through Dana White’s Contender Series in 2020 while the latter made his UFC debut last year in September 2021.

Ahead of his highly anticipated bout against Paddy Pimblett, ‘The Monkey King’ opened up on how he felt after being offered to fight ‘Baddy’. According to Leavitt, he was a bit offended after he was offered to take on Pimblett.

He feels that Pimblett has been picking up easy opponents and believes this is what ‘Baddy’ must have thought while agreeing to fight him. During a recent interview with The Schmo, ‘The Monkey King’ said:

“Honestly, I was a bit offended because he’s been, kinda picking fights that are easy. I’m like, ‘I must have looked really bad in my last fight to get this fight’. So, very flattered, kind of offended but also excited.”

Paddy Pimblett’s weight management issues have been surfacing ever since he got into the UFC. Although the UFC lightweight has not missed weight even once, he appears to gain a lot of weight in between fights. ‘Baddy’ competes at the 155lb division and goes up to nearly 195lb while not training for a fight.

Paddy Pimblett at UFC London and also him 18 days later.

During the same interview with The Schmo, his upcoming opponent Jordan Leavitt took a slight dig at Pimblett while commenting on his own preparations for the fight. He said:

“Yeah, I go all day man, I’m not fat like a lot of other fighters can get between fights. So, I’m in here all year.”

It is safe to say that Leavitt’s training camp has been going great so far. It is worth noting that both fighters are undefeated so far in their UFC careers so it will be interesting to see who wins come fight night.