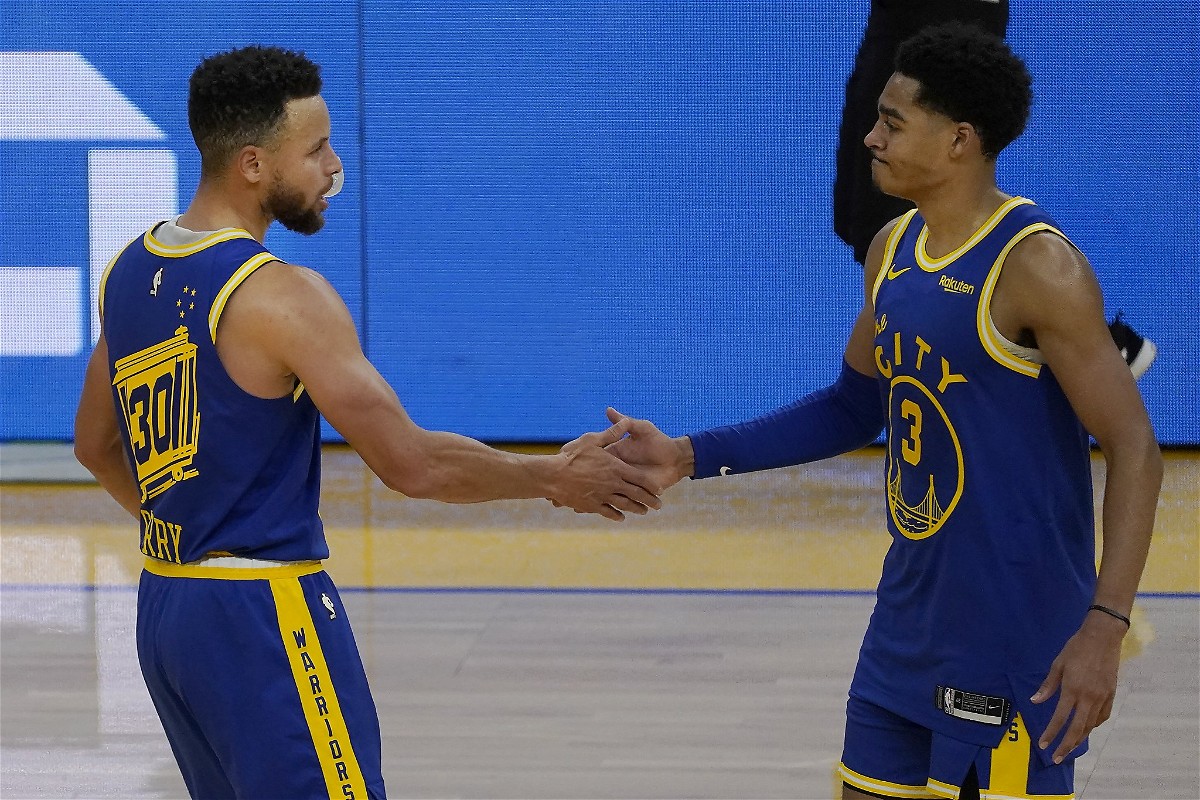 With the Golden State Warriors riddled in injuries for the last 2 seasons, players like Jordan Poole, Andrew Wiggins and Damion Lee have stepped up. Although Andrew Wiggins’ arrival reduced Poole’s playing minutes, he has shown massive improvement compared to the 2019-20 season. Last night he went ballistic against the Portland Trail Blazers albeit in a preseason game.

He scored 30 points and 5 rebounds, 5 assists, 2 blocks and a steal to go along with it. He made 7 3s and the Warriors almost set a record for most attempted 3s in a game but fell short by 2. What’s more impressive is that the third-year rookie achieved all this in just 22 minutes. He is proving to be the shooter Golden State Warriors hoped for in 2019.

Under the leadership of the greatest shooter in NBA history, Stephen Curry, Jordan Poole is developing the confidence to take long-range shots and actually making them. Until Klay Thompson’s return, fans expect him to live up to the Splash Bros legacy.

Joran Poole was drafted by the Golden State Warriors in 2019 as the 28th pick. Having lost Klay Thompson to an ACL tear in the Finals, the front office made a good choice despite having last but one pick in the draft. Stephen Curry was injured in the subsequent season as well. This led to the Warriors being the worst team in the league that year. D’Angelo Russell was too young and new to lead and Draymond isn’t a scorer.

In the absence of Klay Thompson and Stephen Curry, Jordan Poole got the chance to start 14 games that season and averaged 8.8 points on 40% FG. But the 2020-21 season saw incredible improvement from the player after his return from the injury he suffered in the season before.

Even though his playing time was reduced with Andrew Wiggins and James Wiseman joining the Warriors, Jordan Poole made a name for himself last season. His 3 pt % improved considerably and he averaged 12 points per game on 53.5% FG.

If he establishes himself as a scoring threat to the opponents in the preseason, Stephen Curry is sure to have some spacing come the regular season. If he can manage to attract some of the defenders on Curry until Klay’s return we can see his playing minutes increased. Although Draymond Green will remain as the #2 option for the Golden State Warriors, Jordan Poole can be the #2 scoring option for them.

Stephen Curry despite having a career-high season missed the playoffs because of a lack of scorers on the team. While Draymond green controls the floor and defends, Jordan Poole must execute along with Stephen Curry on the scoring end to make the team a strong championship contender.

NBA Preseason: Trae Young Leaves the Game After Awkwardly Landing On His Ankle