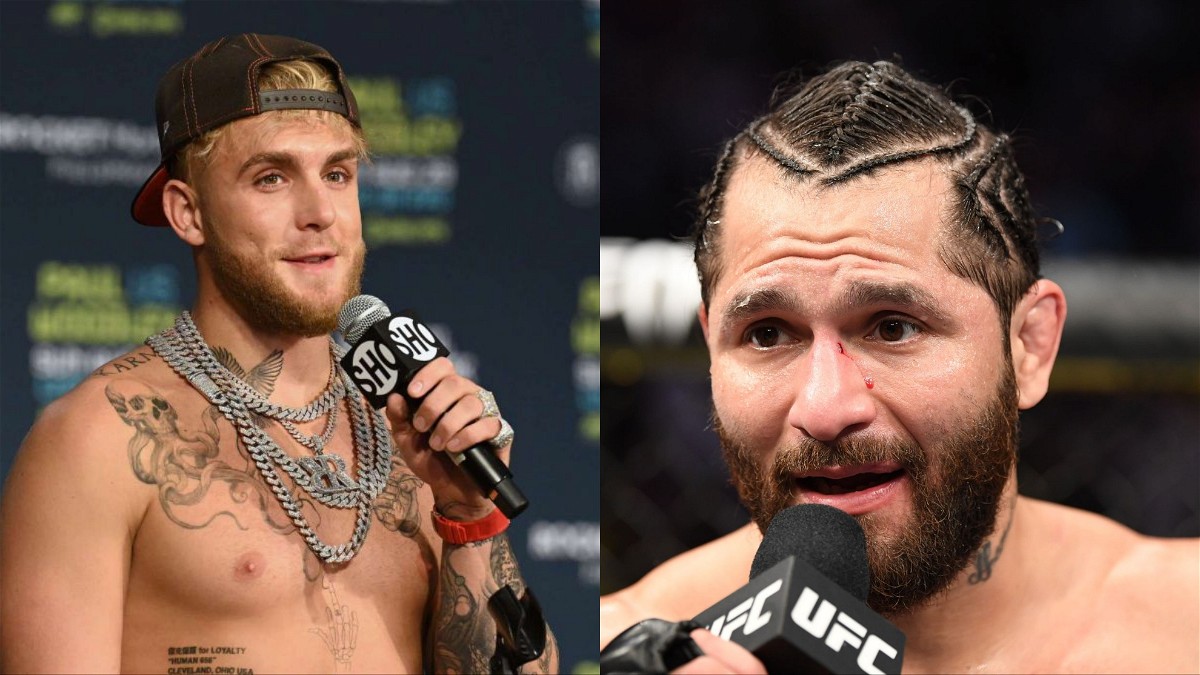 Jake Paul recently knocked out former UFC Welterweight champion Tyron Woodley. Following the shocking result, the 24-year old is looking to take on anyone and everyone who has a decent enough name in the world of Mixed Martial Arts (MMA).

In the post-match press conference, Jake Paul has called out Dana White and the fighters under his contract. He asked for the likes of Kamaru Usman, Nate Diaz, Jorge Masvidal and Conor McGregor. Paul wants to ’embarrass’ the fighters and knock them out. Jorge responded to the celebrity boxer on the same day with a video.

But the YouTuber revealed what exactly his offer his what his exact offers are. Offering Jorge Masvidal $5 million USD, Jake Paul said, “Let’s make it happen. That’s the most you’ll ever have gotten paid. Daddy Dana just has to let you out of your contract. You work for the UFC, you’re a bitch.” He stated that in the ‘IMPAULSIVE’ podcast.

Jorge Masvidal ascended to the top of his popularity in 2019. He sent Darren Till to middleweight after a brutal knockout in Till’s backyard at London. The Miami based fighter’s crown jewel of his fighting career came when he knocked out Ben Askren with once in a lifetime flying knee. Masvidal demolished Nate Diaz on his way to fighting Kamaru Usman for the Welterweight strap.

Jake Paul and Jorge Masvidal have been cordial in the past. But following Woodley’s knockout, Jake issued warning to the welterweight fighter. But Masvidal has now responded to Paul’s call-out in the ‘IMPAULSIVE’ podcast. He took to Twitter to clear his stance on the situation. Jorge tweeted.

1. The ufc isn’t gonna let me go for chump change.
2. Make that 20 guaranteed plus Ppv and I’m sure the ufc will be ok with it as long as I break them off their fee and then I’ll gladly break your face. https://t.co/2rcWvGyBl3

If the ufc still says no because the money is still too low then come over to the ufc, sign a 1 fight deal and we can stipulate I can only box in the cage. If i do anything other than that I will forfeit my purse to you. Come on over and get paid and laid out.

Masvidal last fought Kamaru Usman for the Welterweight strap on UFC 261. The fight ended in a highlight reel knockout in the second round as Usman successfully defended his belt against Masvidal for the second time. The 37-year was scheduled to take on Leon Edwards earlier in the year. But he has recently gone back and forth with Colby Covington. There have been talks of them coaching on The Ultimate Fighter.