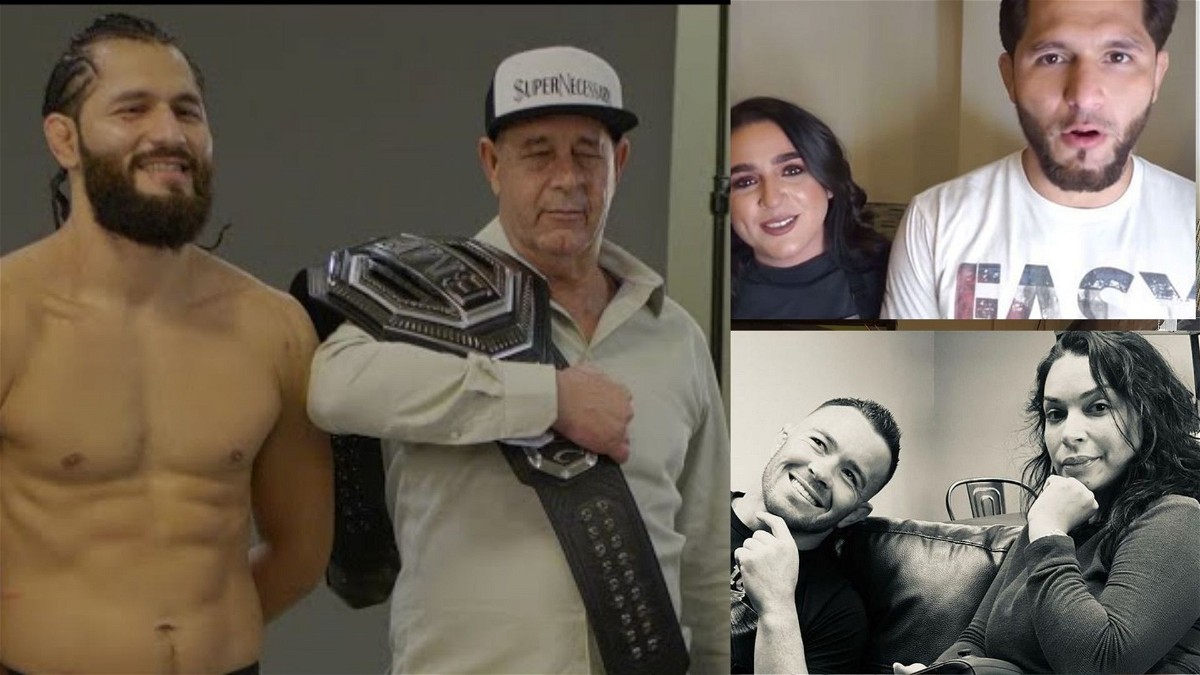 Jorge Masvidal is one of the most popular fighters in the UFC currently. With an MMA career of over 19 years, he has fought all around the globe to be the fight fans’ favorite he is today. But, the fighter is currently on a two-fight losing streak both coming from the current welterweight champion Kamaru Usman.

Jorge is going to face his friend turned foe Colby Covington at UFC 272. In order to win this fight, he has been constantly training with the American top team. But, he would also be needing his family’s support for the grudge fight he has signed in for this Saturday. So, let’s take a look at Jorge Masvidal’s family.

Who was Jorge Masvidal married to?

As per reports Jorge Masvidal was in a long-term relationship with his manager’s sister Iman Kawa. Kawa and Jorge have two daughters and a son together.

Iman Kawa is a businesswoman and a chef by profession. Apart from that she also runs a YouTube Channel with the name Better Than Your Mother. Jorge and Kawa have several videos together on her Channel. But, unfortunately, they aren’t together anymore as they split up in 2017.

Interestingly, Colby Covington claims that Jorge Masvidal was married to another woman when he met Kawa. According to Covington, the lady’s name is Maritza Collado Masvidal and Gamebred is still legally married to her. Covington also claims that Maritza is the real mother of Masvidal’s two children.

“She is legally married to Jorge Masvidal. She has two of Jorge Masvidal’s kids… We were playing games. We were catching up on the past. I used to be good friends with her and the family. At one point in time, me and Jorge Masvidal were very good friends. I was over at the house a lot of times. Hangin’ out with the kids, hangin’ out with his wife who he is legally married to – Maritza.”  said Covington to Schmo TV. Despite Colby’s continuous accusation, Masvidal has not responded to it yet. Click here to know more about Jorge’s dating life.

Who is Jorge Masvidal’s father?

Jorge Masvidal’s father is Jorge Masvidal sr. Masvidal Sr was a Cuban who was born and raised in Cuba until he migrated to the US in his early 20s.

Masvidal sr. was jailed for 20 long years on drug charges. Jorge was only four years old then. Initially, his mother decided not to tell him the real reason behind his father’s absence. Hence, he believed his father was in the army. But, after knowing the truth he started visiting his father in prison.

Masvidal and his father share a special bond. Jorge often calls him his bestie who has guided him throughout his life. Gamebred also speaks about how his father always cares about how he is training and his health. It is delightful to see such bonding between them. Fight fans should hope that Masvidal beats Covington at UFC 272 to make his father proud.