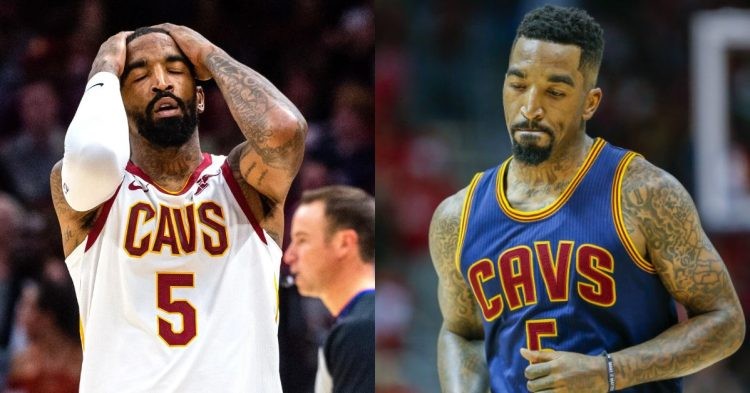 JR Smith is a former NBA player and has gone through his fair share of troubles in recent times. He was once a very good player and had a fair amount of success. However, one mistake that he made during his time with LeBron James and the Cleveland Cavaliers has impacted his career.

We are clearly referring to Game 1 of the 2018 NBA Finals. Stephen Curry and the Golden State Warriors narrowly won this game. Smith claims that this event led the league to “blackball him“. One must wonder how much truth there is to what the former star is saying and why that could be the case.

Many of us remember JR’s antics with the Cavs. He has always been quite close to LeBron James and views him as a brother. In Game 1 of the NBA Finals, LeBron and the Cavs were facing Steph and GSW. The Warriors had a home-court advantage for Games 1 and 2 of the series and were the favorites.

LeBron, JR, and the rest of the Cavs fought tooth and nail in this game. There were only 8 seconds remaining in the game with GSW leading 107-106. James threw a pass to George Hill who was fouled by Klay Thompson. Hill made his first free throw to tie the game. But, he missed the second free throw to give his team the lead.

JR Smith managed to get the rebound and shot away from the basket even though there were only a few seconds left. The commentators assumed that he forgot the score and assumed his team was leading. In any case, the Cavs ended up losing in overtime and LeBron took all the heat from the media.

While it may have seemed that way, perhaps that event impacted JR’s life quite greatly. He agreed that the NBA rejected and blackballed him thanks to this infamous act in the NBA Finals. “ Yeah, 100%… Anybody can sit here and tell you that’s a fact.”

Smith did not really pay the price for his mistake at the time. In fact, he was still in the league when the LA Lakers won the 2020 NBA title. However, he is no longer an active player in the league and now we know why he thinks that is so.