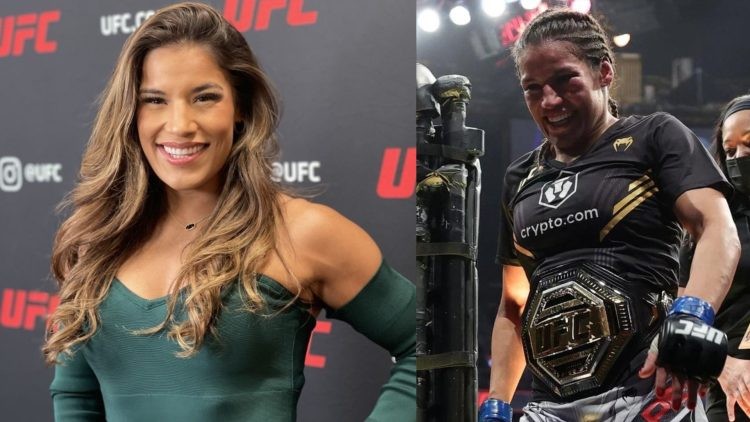 Julianna Pena met UFC president, Dana White years ago in a gym in Las Vegas and told him that she would become a world champion one day. Well, after over a decade in mixed martial arts, Julianna Pena was able to achieve her goal when she beat Amanda Nunes to become the UFC bantamweight champion.

The Venezuelan Vixen went into her fight against Amanda Nunes, who is the undisputed GOAT for women’s MMA, as a huge underdog. Over the 32 years old mixed martial artist defied all the odds and submitted Nunes with a rear naked choke in the second round.

Julianna Pena made her UFC debut back in 2013 in the Ultimate Fighter Season 18. In the season finale, she beat Jessica Rakoczy by TKO in the first round and started her UFC career with a bang.

Even though she always has been one of the most promising fighters on the UFC roster her career was hindered by many injuries and missed opportunities. Julianna Pena almost fought one of the biggest names in MMA history, Ronda Rousey. However, due to unfortunate circumstances that fight did not come to fruition.

Nevertheless, Pena has finally achieved her dream of being a UFC champion and she is loving every bit of it. But, how things have changed financially for Pena after winning the title? Let’s have a look at Pena’s fight purse throughout the years.

In one of the biggest fights of her career, Julianna Pena fought one of the greatest fighters of all time, Valentina Shevchenko. Pena gave the dominant flyweight queen a tough fight. However, Shevchenko finished Pena in round 2 by an armbar submission. For the fight against Shevchenko, Julianna Pena earned a fight purse of $42,500($40,000 to show, $2,500 Reebok sponsorship).

Pena suffered another defeat in the hands of former bantamweight champion, Germaine de Randamie. After losing the fight by submission, Pena got a fight purse of $50,000.

As per reports from Sportsdaily, Julianna Pena has earned $799,500 from her UFC career