“Just because you’re my son doesn’t mean I won’t trade you”: Dwayne Wade Destroys LeBron James With This Hilarious Tweet 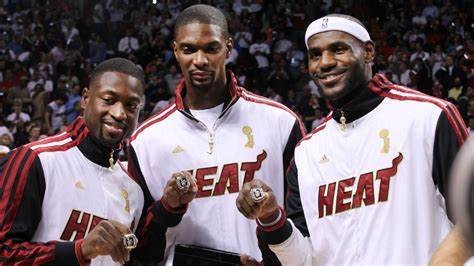 LeBron James has wildly regarded as LeGM. Any trade that his team makes goes through LeGM. Since he came into the league and wasted his first 7 years trusting the Cleveland Cavaliers front office, who obviously failed to the job done. Since then he has been at the forefront of every trade that team makes.

Dwayne Wade and LeBron James are very close friends. They have won 2 championships together in Miami Heat. However, even his best friend D-Wade had to face to face the LeGM. In 2018 Wade came to the Cavaliers to help them compete against the untouchable Golden State Warrior. Although being friends with LeBron doesn’t affect his main goal Championship. Thus Wade was later traded due to his lack of 3 point shooting and his old age. Thus his LeGM image-led toD-Wade mocking James.

Trades that LeBron James has influenced over his career

Even though the 4 times champion has an all-time great career. He is still chasing for more rings. In his words, he is still chasing the ghost of Michael Jordan. Thus to accomplish his goal he makes all the trades or every trade request goes through him.

After the first round in Cleveland, when LeBron came back. He was given the keys to the franchise. He traded the coach to bring in Ty Lue. He gave up the first pick in the draft to get Kevin Love and got marksmen 3 pointer shooter around him. JR Smith, Kyle Korver, Channing Frye, etc., and led his team to the wonderland twice and won once.

After Kyrie demanded a trade, it was again LeGM getting to work. After making a roaster of old players who could not even hit the 3 ball he traded all of them including Dwayne Wade in return for 3 and D players like  Jae Crowder, George Hill, Rodney Hood, and Larry Nance Jr. even though this team could not overcome the Warriors, but they were able to reach the finals.

Lastly, the most famous one. “AD on the way”, the 4 times MVP joined the Lakers’ young team and could not even get to the playoffs, even though it was largely because of James’ injury. However, all the young stars excluding Kyle Kuzma were traded to the Pelicans for Anthony Davis.

Even during a game when Brandon Ingram was shooting free throws, the crowd shouted a chant of “LeBron’s gonna trade you”. Then finally came the Westbrook trade which hasn’t been a great move but they are still trying to figure it out.