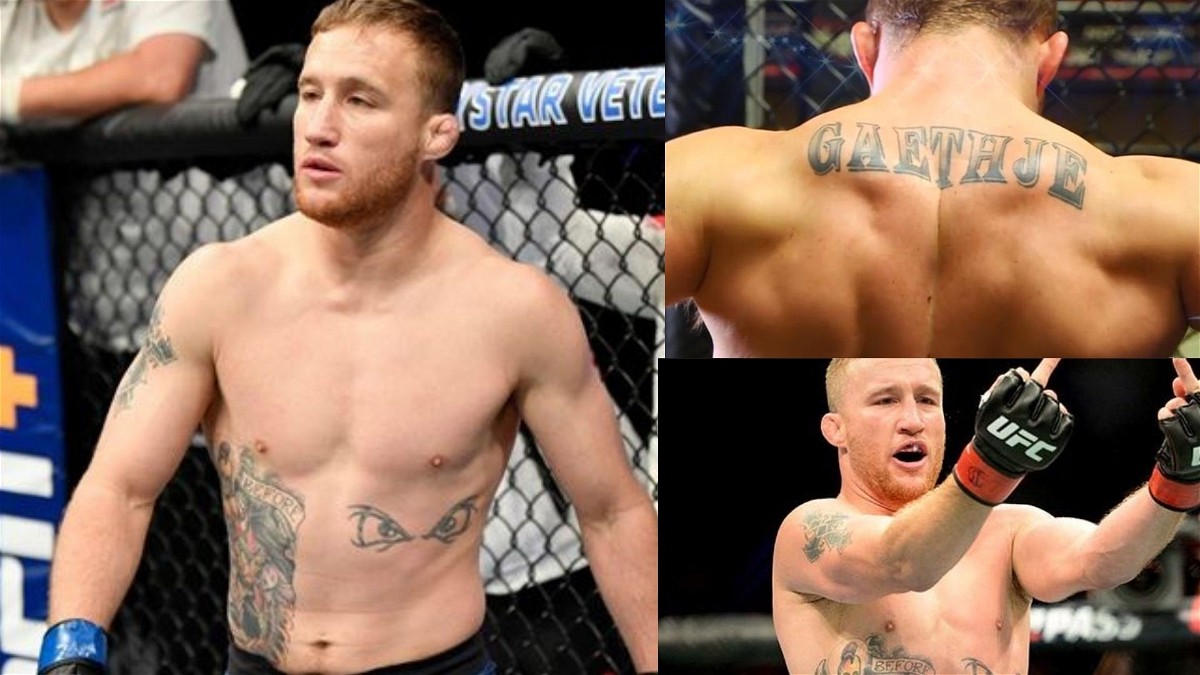 Without a doubt, Justin Gaethje is one of the most exciting fighters in UFC history. Since his UFC debut, Gaethje has done nothing but put up thrilling fights for the fans.

His first fight against Michael Johnson was a barn burner. But, Gaethje was able to secure a TKO win and his first $50,000 performance bonus in UFC. Well, it was just the beginning as Gaethje would go on to have many wars in the octagon against the lightweight elites such as Dustin Poirier and Eddie Alvarez.

His latest win over Michael Chandler is considered one of the best fights in UFC lightweight history. And he promises to do the same when he takes on Charles Oliveira in the main event of UFC 274. But, for now, let’s shift the focus to the list of tattoos Gaethje has on his body and the meaning behind them.

One of the most notable tattoos on Justin Gaethje’s body is the Bad Boy logo. Bad Boy is an American lifestyle and sportswear brand. Though the reason behind Gaethje getting this tattoo is unknown it’s very likely that he wanted to portray his bad boy persona inside the octagon.

Though Justin Gaethje is one of the nicest guys outside the octagon he is the most violent lightweight once the Octagon door closes. 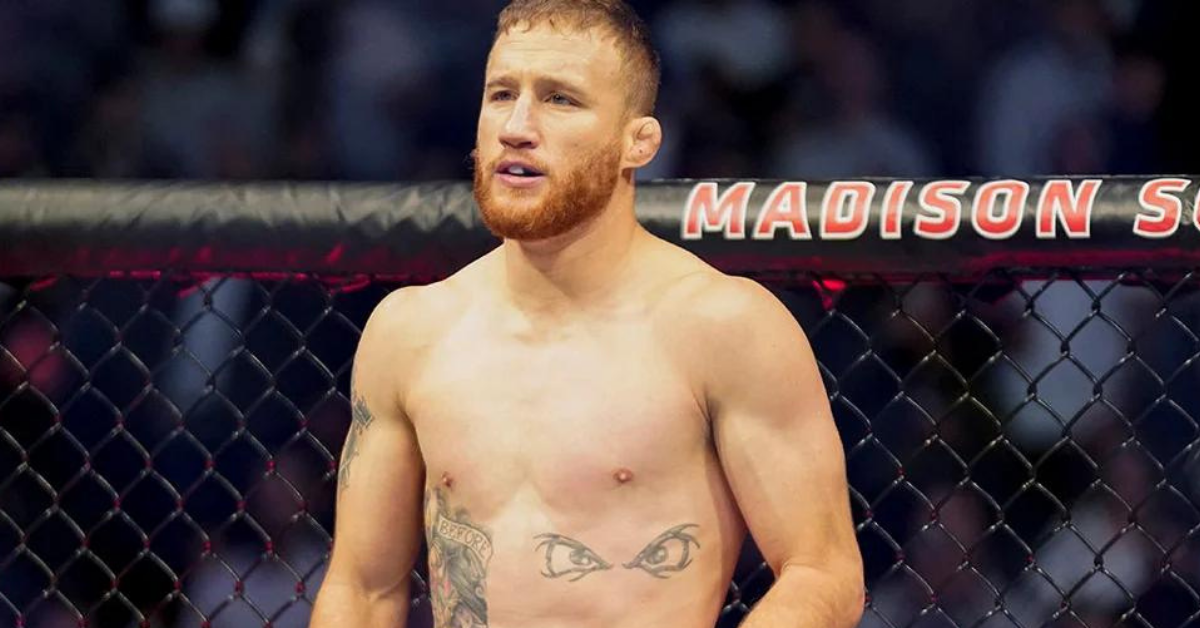 Since his UFC debut, Gaethje has been in many wars but his fights against the likes of Dustin Poirier, Eddie Alvarez, and Michael Chandler are the most entertaining.

Justin Gaethje’s “Gaethje” tattoo on his back

Many UFC fighters have their last name tattooed on their bodies. Conor McGregor has the McGregor tattoo on his abdomen. The UFC lightweight champion, Charles Oliveria has an “Oliveira” tattoo on his back.

And Justin Gaethje has “Gaethje” tattooed on his back. It shows nothing but the love and admiration Gaethje has for his family.

Though it’s uncertain, Gaethje seems to have a Death Before Dishonour tattoo on his right abdomen. This tattoo also has two samurais fighting.

It’s very likely that Gaethje wanted to portray his fighting code and loyalty to his loved ones. It’s needless to say that Gaethje is nothing less of a warrior inside the octagon.

Judging by the fans’ reaction on multiple platforms they are not impressed with Gaethje’s Bad Boy tattoo. Many UFC fighters have made bad choices when it comes to getting tattoos. And it must be said that Gaethje certainly does not rank high on that list.