Justin Gaethje vs Michael Chandler – Who is the Better Fighter Between Both the Lightweight Contenders? 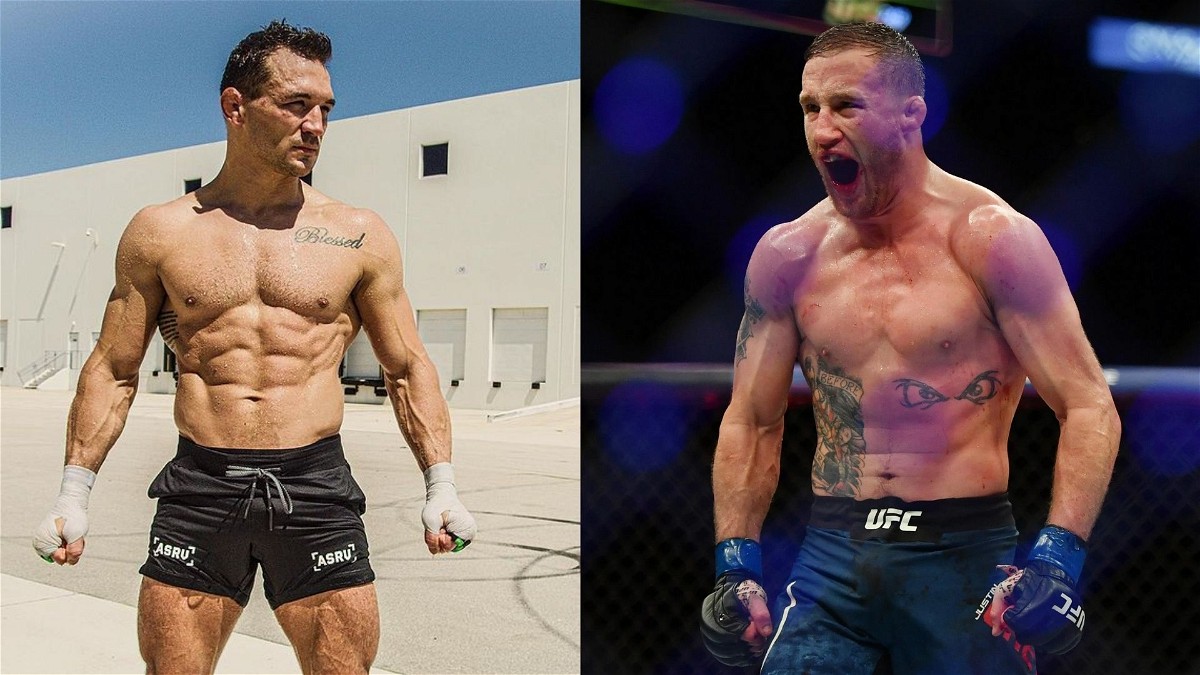 In exciting news for fight fans, Justin Gaethje and Michael Chandler have verbally agreed to a fight at UFC 268. Needless to say, the news has made shockwaves on social media with fans already predicting the outcome of the fight. In the past, both Chandler and Gaethje have blamed each other for rejecting the fight, however, from the looks of it, it looks like the fight is on!

The match-up has left the fans divided, considering both Gaethje and Chandler are very likable fighters and are known for their ferocious style of fighting. Both Gaethje and Chandler are knockout artists who rely on their vicious power to win the fights. Needless to say, both are proficient strikers with a great background in wrestling. If there’s one thing about Chandler and Gaethje, it is that they step inside the Octagon to put on a show.

So who do you think gets is the better fighter between Michael Chandler and Justin Gaethje? Here’s my attempt at trying to come to a reasonable conclusion on who gets his hand raised when both the fighters share the Octagon later this year.

Michael Chandler is a better fighter than Justin Gaethje

While taking nothing away from Justin Gaethje, Michael Chandler looks to be a more complete fighter than Justin Gaethje. While the Highlight has shown significant improvement in his last few fights, Gaethje is not quite all-around.

Over the years, Gaethje has relied mostly on his striking prowess, leaving him very inexperienced on the ground, as is the case with former lightweight champion Conor McGregor.

While this in no terms that Justin Gaethje is not grinding his ground game, especially coming off a submission loss against Khabib Nurmagomedov in his last fight, the kind of challenge you get during sparring, compared to fight inside the Octagon is miles apart.

On the other side, Michael Chandler is someone, who despite his vicious knockout power, has often resorted to his wrestling pedigree to dominate his opponent. Additionally, his row of finishes via rear-naked choke shows how he is able to put himself in a great position because of his wrestling.

While the damage that Gaethje has undergone over the years certainly stands as a reason to doubt his condition, Michael Chandler’s chin has been questionable as well. It’s a fair fight, and with two of the most dangerous fighters to ever step inside the Octagon, it is bound to keep the audience on the edge of their seats. While I feel Michael Chandler is the better fighter, do let us know who do you gets his hand raised when the fight goes down.

Also Read: “Focus is On the Moment and the Future” – Colby Covington Reveals How He Dealt With the Loss Against Kamaru Usman at UFC 245

WATCH: Nate Diaz Punches the Poster of Dwayne “The Rock” Johnson in a Hilarious Instagram Video