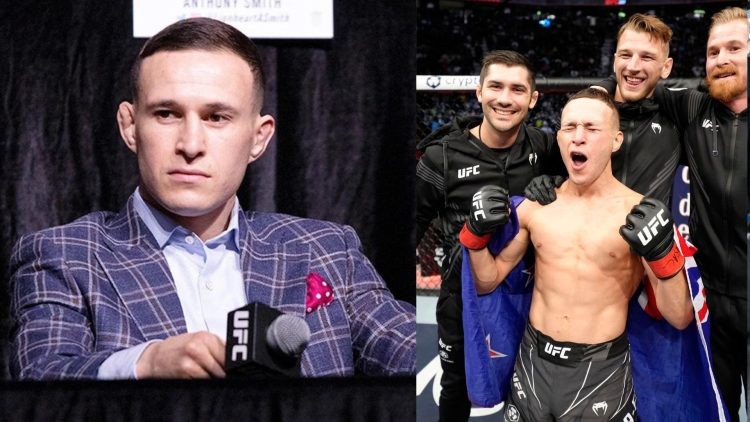 But, Kai Kara France is not alien to fame. He trains at City Kickboxing, which is home to UFC champions, Alexander Volkanovski and Israel Adesanya and UFC veteran, Dan Hooker.

Both Adesanya and Hooker believe that Kai Kara France is destined to rule the flyweight division and it begins with the rematch against Brandon Moreno at UFC 277. Kara France fights for the interim flyweight title at UFC 277.

Winning the interim title can completely change his life. He will go on to fight the undisputed champion, Deiveson Figueiredo and get his share of PPV points. However, how much money does Kai Kara France earn from his UFC fights leading upto the big fight?

Kara France made his UFC appearance on The Ultimate Fighter season 24. In his first fight, Kara France knocked out Terrence Mitchell in 30 seconds and impressed the fans. Unfortunately in his next fight, he lost his second fight to Alexandre Pantoja and had to exit the season.

Kara France fought the former UFC flyweight champion, Brandon Moreno at UFC 245. After securing knockdown in the first round, Kara France went on the lose the fight by decision. He earned a fight purse of $29,000($25,000 to show, $4,000 incentive) for the fight against Moreno.

Since the loss to Moreno, Kai Kara France has been able to put on impressive performance, which earned him the title shot at UFC 277.

Kara France knocked out Rogerio Bontorin in the first round and secured a fight purse of $135,000 including a $50,000 performance of the night bonus.

In one of the biggest fights of his career, Kai Kara Frace fought the former UFC bantamweight champion, Cody Garbrandt. He ruined the title aspirations of the former champion by knocking him out viciously in the first round. For the knockout win over Cody Garbrandt, Kara France earned $140,000($42,000 to show, $42,000 to win, $50,000 performance of the night bonus, $6,000 fight week incentive).

As per reports from The Sportsdaily, Kara France has earned a total of $587,500 from his UFC fights.