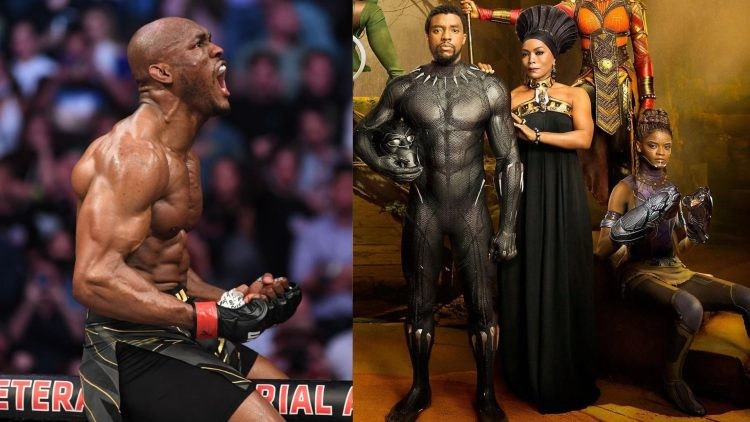 Kamaru Usman is undoubtedly one of the greatest mixed martial artists of all time. The current pound for pound best UFC fighter has been away from the action since his last fight against Colby Covington.

However, that does not mean Usman is not achieveing new goals during his octagon inacitivty. It’s now confirmed that UFC welterweight champion, Kamaru Usman is in the Marvel movie, Black Panther: Wakanda Forever.

During the UFC 277 weigh in show, Daniel Cormier revealed that Kamaru Usman is making his Hollywood debut and has landed a role in Wakanda Forever. Later MMA Junkie confirmed through Usman’s manager, Ali Abdelaziz about Usman’s role in the movie.

So far it’s unknown whether Kamaru Usman will make a cameo. The fans are certainly expecting to see the UFC star in a significant role. But, he will be the first UFC fighter to land a role in major MCU movie. ‘

Recently, UFC heavyweight champion, Francis Ngannou landed a role in Fast and Furious 9. It seems Usman is following his brother Ngannou’s path to Hollywood as he gets ready to take over the silver screen. Black Panther: Wakanda Forever release on theatres on November 11, 2022.

After the tragic death of Black Panther aka Chadwick Boseman, Wakanda Forever was one of the most anticipated movies from Marvel. Fans are curious to know who will become the next Black Panther after Boseman.

And with the addition of the UFC P4P greatest, Kamaru Usman, the fight fans will certainly be excited to watch him on the big screen.

The Nigerian Nightmare takes on Leon Edwards in his next fight at UFC 278. Coming off an injury and surgery, this will be a tough task for Usman as Leon Edwards is good everywhere the fight goes. However, Usman has been dominating the contenders for a long time and he already has a win over Edwards.

Even though Leon Edwards will present some adversities in the early rounds, Usman is likely to retain his title.