Kamaru Usman’s Brother Mohammed Usman Recalls the Tragic Death of His Four Year Old Son Nash, Says He Fights in the Cage for His Son 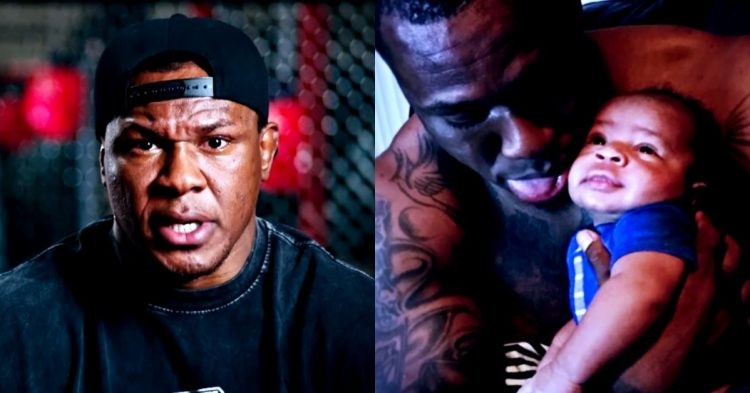 UFC welterweight champ Kamaru Usman‘s brother Mohammed Usman will fight Zac Pauga in the final of TUF 30. The winner of the contest will definitely earn a contract to fight in the UFC next. Although the show has lost its significance over the years, it is still an important fight as it is the TUF finale of season 30.

Mohammed is Kamaru Usman’s younger who fights two weight classes above him. But, unlike Kamaru, Mohammed is very inexperienced in the sport. He only started fighting in 2017 and has accumulated a record of 7-2. But he will have the chance to fight in the main roster of the UFC if he can beat Zac Pauga this weekend in the TUF finale.

Ahead of the fight, he gave an interview to the UFC and revealed his motivation for fighting. In 2019, he lost his son Nash in a tragic accident. He spoke on how the loss has affected him and how he used the incident as a source of motivation to do well in his career.

“I started fighting because of my son Nash. We had him in 2016. He passed away in 2019 from drowning. He is the main reason that I fight. I know my son is still here. I know he’s with me in a different way and he’s pushing me in a way to be a better person.”

The loss of a child is always painful for any parent to deal with. Mohammed lost his son at the age of 3 in a very unfortunate scenario. So dealing with the death of his 3-year-old son was hard on him. But. instead of falling apart, he wants to honour Nash by doing well in his career. So his journey to the UFC has been a truly inspiring one.

Mohammed Usman’s MMA record prior to joining The Ultimate Fighter

As mentioned above, Mohammed Usman is 7-2 in his MMA career at the moment. In the TUF house, he has beaten Eduardo Perez and Mitchell Sipe. However, both of those were exhibition bouts and did not count on his record. Just before joining the TUF house, he lost to Brandon Sayles at PFL.

But he was on a 4-fight win streak before that and two of those were finishes. Usman has managed 5 finishes in his career so far with 3 knockouts and 2 submissions. So it shows that ‘The Motor‘ does have all-around abilities inside the cage. However, he has a long way to go before he can match the skills of his older brother.

Who do you think wins between Mohammed Usman and Zac Pauga? Can Pauga maintain his unbeaten record? Or will Mohammed Usman get the win and join his brother in the UFC? Let us know in the comments down below.