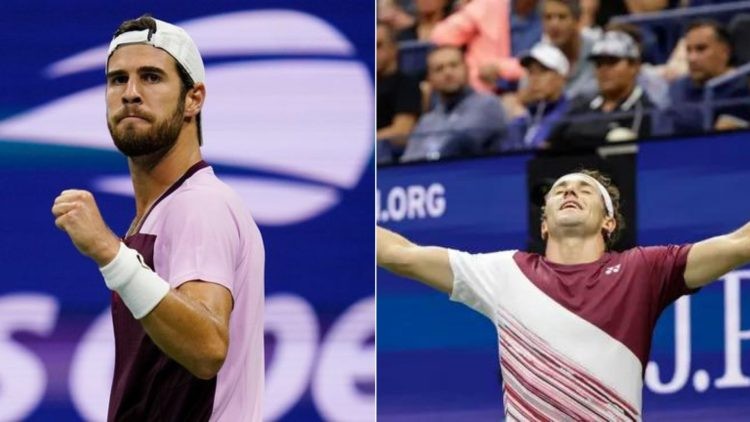 Casper Rudd and Karen Khachanov have been matched together for one of the semifinal matches of the ongoing US Open. As we reach the business end of the tournament, things have gotten a bit heated up and fans can expect a fiery match between Rudd and Khachanov.

Rudd has a lot more at stake since he is not only fighting for his maiden Grand Slam title in the US but also for the famed World No.1 title. Rudd’s best win in the ongoing US Open came against the 2021 Wimbledon runner-up Matteo Berrettini in the semifinal match.

Casper Ruud is into the #USOpen semifinals. pic.twitter.com/Zn2jEV8b85

After reaching the Rolland Garros finals this year, Casper Rudd will be looking forward to winning his first Grand Slam title and clinching that No.1 spot. Karen Khachanov has defeated a long string of experienced opponents in order to reach the semifinals of the US Open.

His wins include that against the Australian tennis star Nick Kyrgios who was considered one of the favourites to win the title until his shock defeat against Karen. Karen has been enjoying the form of his life and would be eyeing history to win his maiden grand slam title.

The match between Karen and Casper will be an interesting one since both of these players have different approaches pertaining to their game.

Karen and Casper have played each other only once before during the 2020 Italian Open, and the match resulted in a win for Casper Rudd, a three-set victory. However, a lot of things have changed since 2020, and even both of these players have progressed very well.

The betting odds heavily favour Casper Rudd. Rudd displayed an impressive performance over Berrettini which can be tagged as the best match of the tournament, however in order to win against Karen, he needs to nullify his strong serve to gain an upper hand against Khachanov.

Karen on the other hand needs to ensure that he does not get worn down by Rudd’s consistency.

“My Hands Are Bigger Than Brock’s”- Tony Ferguson Makes Absurd Claims About Brock Lesnar, Says He Has Bigger Hands Than the Former UFC Heavyweight Champion