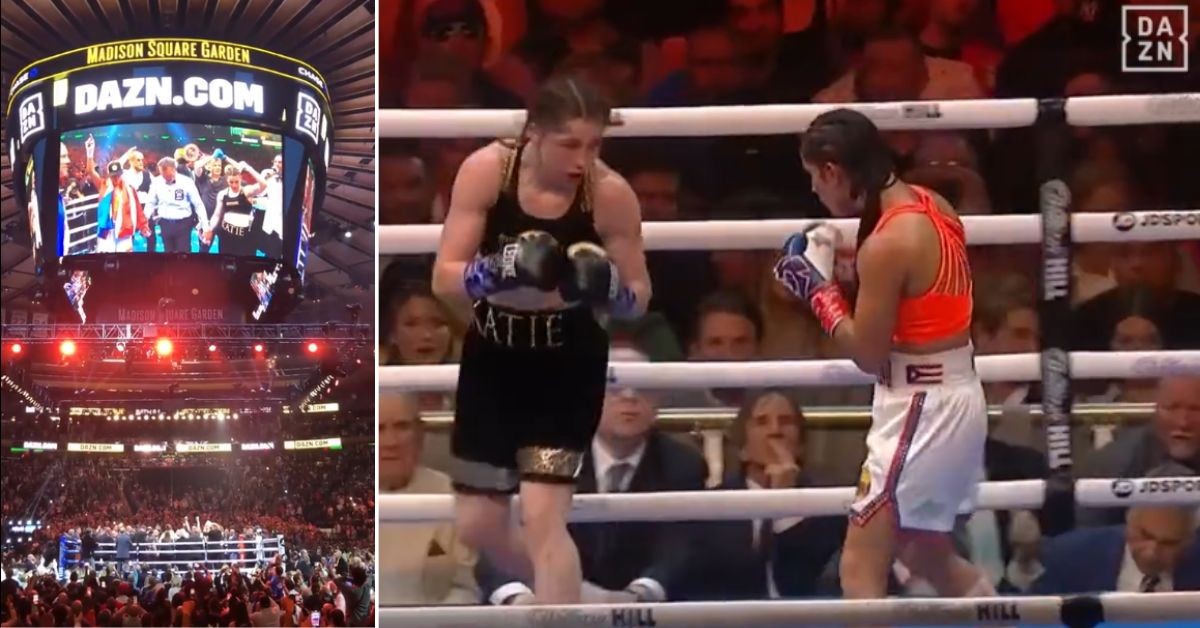 Madison Square Garden was abuzz as the greatest boxing bout in the history of female boxing went down in New York between Katie Taylor and Amanda Serrano for the Undisputed Lightweight Championship.

Several vicious uppercuts, some incredible body shots, and grit and heart from two of the greatest women boxers of all time ensured the 20k + inside the Madison Square Garden left with a memory for years to come.

After an incredible lead-up to the Biggest Boxing Bout in the History of Women’s Boxing, it was Katie Taylor who emerged victoriously to regain her gold and hand Serrano the second loss of her professional boxing career.

It won’t be wrong to say that Serrano had the most success in the fifth round. However, it was Taylor who picked her shots for the better half of the bout. While there were moments from Serrano, it was the Irish boxer, whose technique got the better of Serrano’s power.

I just witnessed one of the best fights ever and in my humble opinion Katie pulled it off ???????????? #TaylorSerrano

Amanda Serrano showed great determination in the fifth round, putting Taylor on the fence and for the first time making the undefeated Irish boxer look like she was beatable. It goes without saying, it was the first time that Taylor looked like she was struggling with landing shots, and was almost knocked down by Serrano’s power punches.

Serrano almost stopped Katie Taylor in the fifth round

Going into the sixth, Serrano once again pressured Taylor, with Taylor’s counter-punching looking almost ineffective against the power and pressure of Amanda Serrano.

Katie Taylor starts strong in Round 9 in a very close fight ????#TaylorSerrano pic.twitter.com/AO1bKLTkWX

Serrano’s pressure got the crowd going, but Taylor’s counterpunching was effective and evident. Be that as it may, she was able to pivot around the ring and land some significant shots on Taylor.

The crowd rose to its feet at the closing moments of the eighth and the final round that saw both Taylor and Serrano give it they’re all inside the boxing ring.

“Let’s do it again Amanda.” – Taylor said in the post-fight interview.