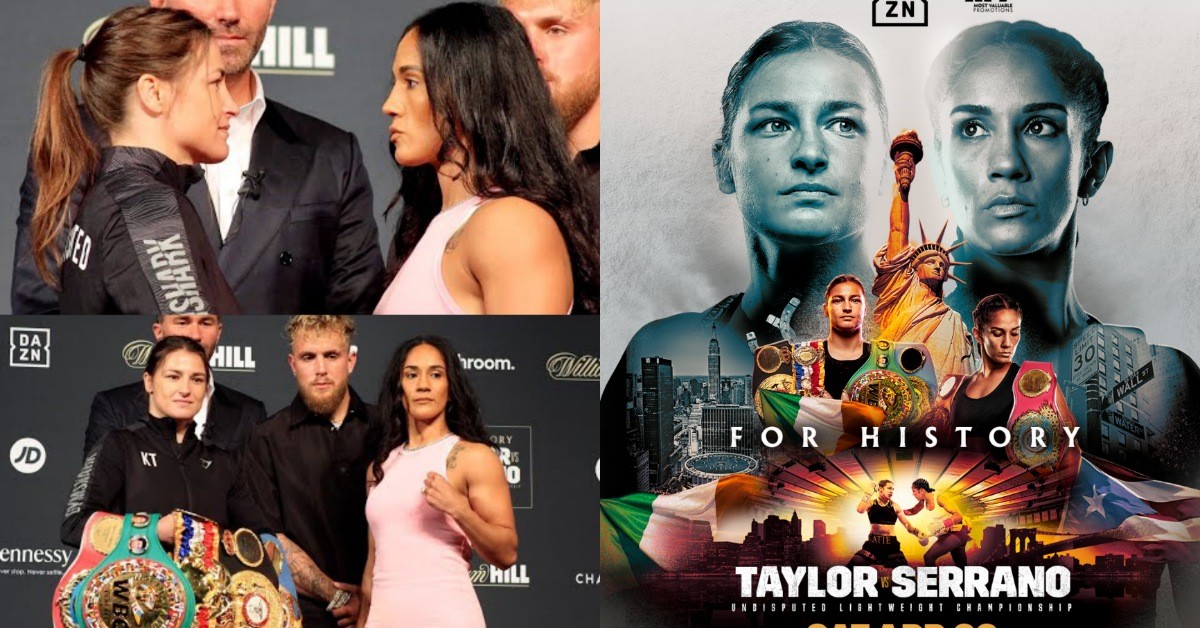 The Irish boxer was always destined for greatness. It was evident by the record in her amateur career. She has won 19 medals throughout her career as an amateur. But the biggest and the most prestigious of them all came when she defeated Sofya Ochigava from Russia to win the gold medal at the London Olympics in 2012. Since turning pro in 2016, Taylor has been unbeaten with a record of 20-0.

Amanda Serrano is the current unified featherweight champion with the WBA, WBO, WBC, IBF, and The Ring featherweight belts at her disposal. She also holds the record for being the only woman to win multiple championships across seven different weight divisions. Serrano can secure her GOAT status with a win over Taylor to become the undisputed lightweight champion of the world.

The fight will take place inside the Madison Square Garden and the occasion will mark the first time when a boxing bout between two women has headlined the iconic arena. Let’s take a look at their stats ahead of the fight.

Both fighters are in the prime of their fighting careers and are coming off impressive wins in their last fights. However, who is going to step up to the plate and win the biggest women’s boxing match of all time? Let’s take a look into how the fight might play out.

Standing at 1.65 meters tall, Katie Taylor is an orthodox fighter with 6 KO/TKO and 14 decision victories. She has been a dominant force in the lightweight division for the better part of a decade now. Although she has been pushed to her limits a few times, Katie has always managed to persevere and retain her unbeaten status.

Nicknamed the ‘Real Deal‘, Amanda Serrano is a southpaw boxer. Although she is younger than Taylor by a couple of years, Serrano is certainly a seasoned pro. She may not have a ‘0 in her losses column, but Serrano has turned into one of the most respected competitors in the sport.

Serrano is currently the favorite to get the job done according to many. However, she is not an overwhelming favorite. Taylor is natural to weight class whereas Amanda is moving up in weight. Taylor is also the more fluent of the two. But she has a tendency to not move her head very often and that is something that Serrano may look to exploit.

As often seen during her fights, the 33-year-old relies on her pressure very often and backs her opponents into a corner to overwhelm them with a flurry of punches. However, she is yet to face someone of the caliber of Taylor. Will her defense hold up against the champ’s offense? Although the fight may not end in a finish, it will certainly be an intriguing one for sure.