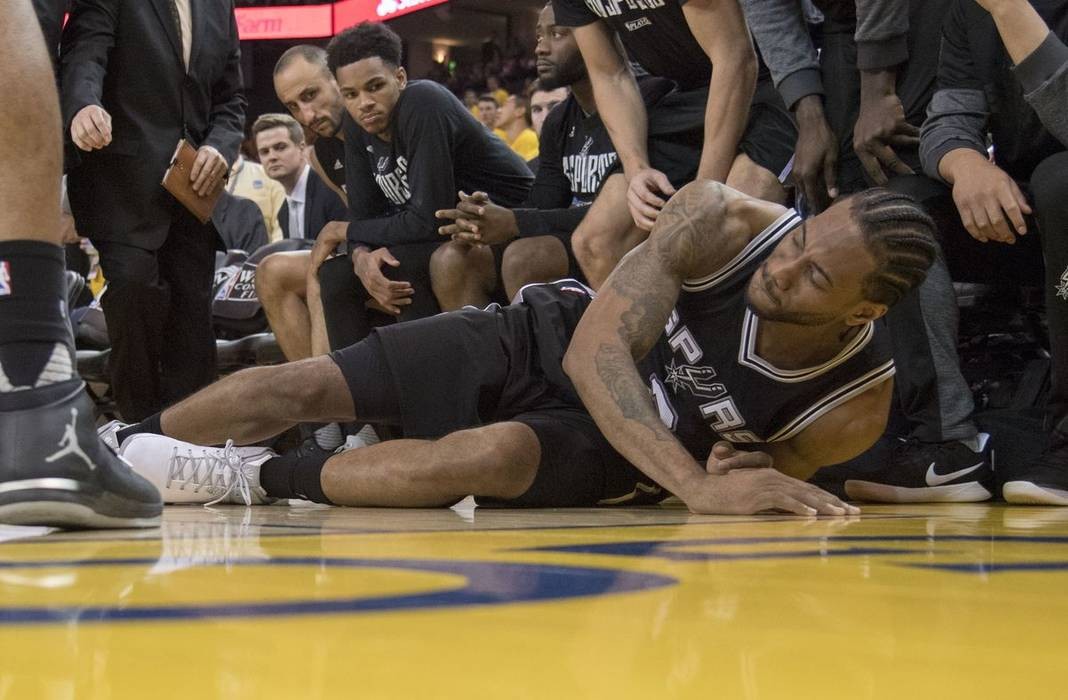 Kawhi Leonard or more famously known as ‘the Klaw’ is one of the best players in the league right now. Throughout his career, Kawhi Leonard has two rings and two Finals MVP awards. Kawhi was an asset to every team he has played in . He first helped the Spurs reach a title in 2014 and then got crowned the King of the North when he helped the Raptors earn their NBA championship in 2019.

Life is not always on a high and the same applies to basketball. Kawhi Leonard had a successful run with the spurs right until the 2017 playoffs. The 2017 playoffs knocked the Klaw down hard. He suffered an injury on the 14th of May against the Golden State Warriors.

ZaZa Pachulia was on the defensive end doing everything to stop the Spurs. Leonard pulls up for a three on the corner. A Kawhi is landing ZaZa seemed to have locked his foot in between Kawhi’s ankle causing it to roll over. The Injury looked extremely dirty and both teams had their say in it.

The loss of Kawhi Leonard affected the Spurs and cost them the series. The NBA world called ZaZa Pachulia out for this dirty play. However, according to ZaZa, he did not intend to hurt Kawhi and it was only an unfortunate play. Leonard is a man of a few words, he did not respond to the apology nor did he bring the topic up again.

During an interview, when asked about the injury, ZaZa said that he felt bad for what had happened. he went on record to say,

I have a lot of respect for Kawhi. I think he’s one of the best players in this league. We wish him all the best to get healthy. But again, meanwhile, we’re going to move on

Coach Pop however did not believe that this was a mistake. He was firm on the fact the ZaZa played dirty. Gregg Popovich said,

Because [Pachulia’s] got this history, it can’t just be, ,Oh, it was inadvertent’. He didn’t have intent. Who gives a damn about what his intent was? You ever hear of manslaughter? You still go to jail, I think, when you’re texting and you end up killing somebody, but you might not have intended to do that. All I care about is what I saw. All I care about is what happened, and the history there exacerbates the whole situation and makes me very, very angry.

The ZaZa Pachulia rule is basically when the NBA referee will be allowed to call a tech or a flagrant foul if a defender jumps in too close to a shooter without giving them enough space to land.

The rule also ensures that when a player takes a jump shot, it will decide if the foul is worthy enough of free throws depending on how upward the shooting motion of the player is. NBA senior vice president of replay and referee operation, Joe Borgia decided that this rule would bring in a lot of safer plays.