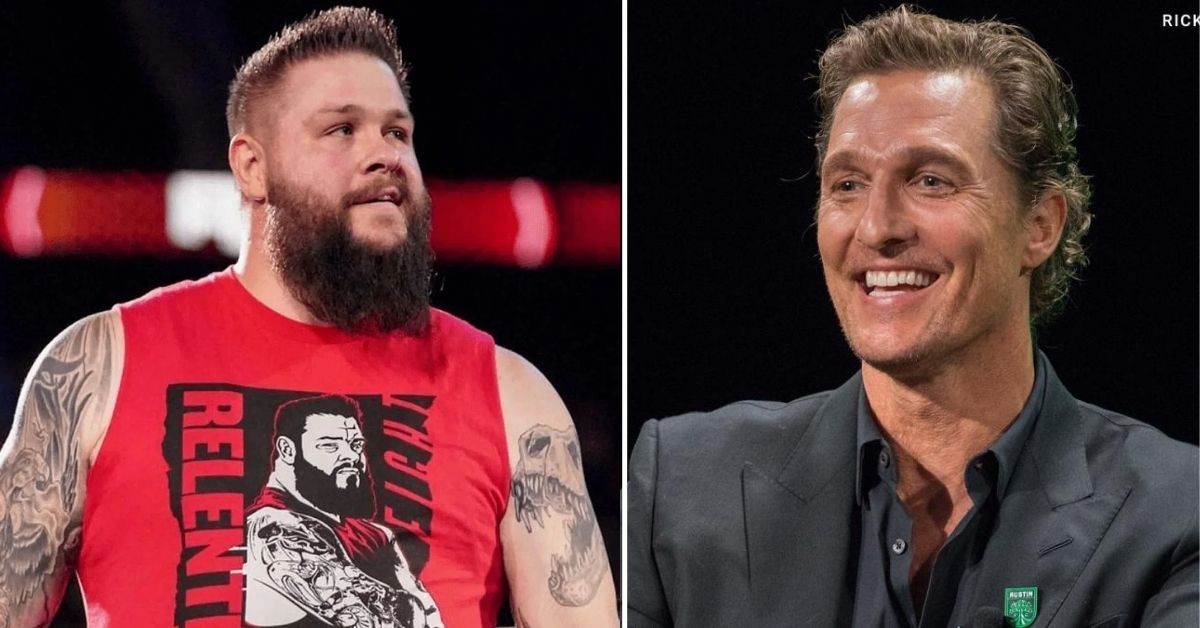 Kevin Owens has been on a roll ever since his match with Steve Austin. Now at WrestleMania 39 next year, Kevin Owens wants to work with actor Matthew McConaughey.

Owens noted on Corey Graves’ After The Bell podcast that celebrities participating is fine as long as they respect the wrestling profession. McConaughey, the Hollywood megastar, is his ideal celebrity opponent, he added.

“I remember not long after that [McConaughey attending a WWE show] he talked about how he’d love to do something in WWE. I don’t know him at all, but to me he seems like the kind of guy who would be coming in to do it right and have a blast. People like that are welcome in our industry any time,” Owens said.

Graves quipped that when his podcast guests appear on his show, they often speak things into existence. Kevin Owens responded by issuing a challenge to the 52-year-old actor:

“So yeah, if we’re speaking things into existence, WrestleMania 39, come at me, McConaughey, I’m gonna f*** you up!”

When McConaughey attended the June 3, 2019, broadcast of RAW, Owens said he didn’t get the chance to meet him.

Is Kevin Owens vs. Matthew McConaughey a serious possibility?

During October 26, 2020 broadcast of RAW, Matthew McConaughey was in the WWE ThunderDome audience with his children.

On Maria Menounos’ Better Together podcast, he later stated that he would be interested in entering a WWE ring one day.

“You can’t say too much about these things, but it is something that interests me,” McConaughey said. [H/T WWE]

Owen and his WWE match against Hollywood celebrities

Kevin Owens has worked with celebrities before in WWE. He previously powerbombed singer Machine Gun Kelly off the stage area on RAW and struck Logan Paul with a stunner at WrestleMania 37.

Recently he also had a match with Steve Austin who he idolized before coming into the business. He has also had multiple matches with John Cena who also is a big celebrity in himself.

WrestleMania 39, dubbed WrestleMania Hollywood, is set to take place on April 1-2, 2023, at SoFi Stadium in Inglewood, California. Now it is to be seen that does Kevin Owens get what he wants or not.

LeBron James Makes a Bold Declaration About the Playoffs on Twitter