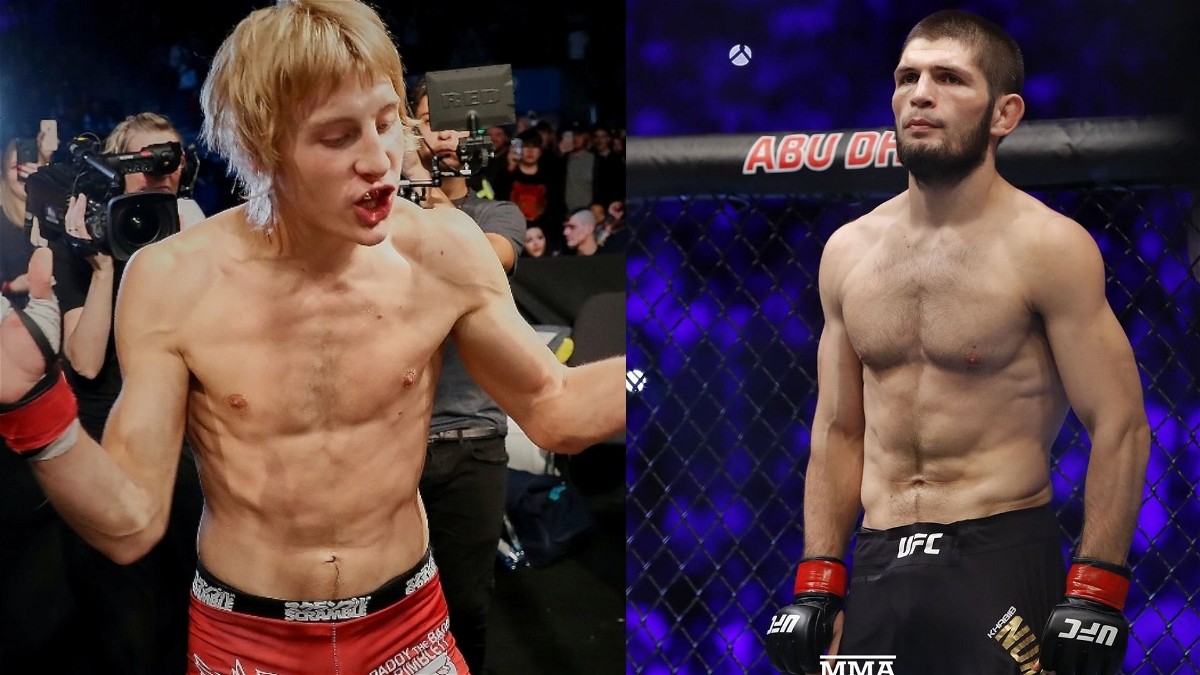 The 26-year old Paddy Pimblett is the hottest new signing in the UFC and the Englishman is already making some statements that are bound to get the attention of fight fans. In a recent appearance on MMA on Point, the British fighter shared his thoughts on former lightweight champion Khabib Nurmagomedov and had some interesting things to say about the Dagestani fighter.

“Khabib only beat like three decent people. I don’t understand how people can say Khabib is the GOAT. I just don’t get it.” Pimblett said while talking about former light-heavyweight champion Jon Jones.

According to the lightweight contender, Jon Jones is the greatest mixed martial artist of all time beyond a reason of doubt. “He is the GOAT. He has done some stupid things over the years, but it just shows how good he is, that he was doing all that stupid sh** and was still beating the who’s who of the light heavyweight contenders. Anyone that says he is not the GOAT is brain dead to me.”

“Look at the names he’s beat. He beat Shogun for the belt, Rashad, Rampage, Machida, Gustaffson twice, Cormier twice. I mean you look at them names, how can anyone say he is not the GOAT.” Pimblett opined.

Many fight fans believe that Khabib Nurmagomedov is the greatest mixed martial artist of all time just because of how dominant he has been inside the UFC Octagon. However, a small look at Jon Jones’ resume goes on to show the former light-heavyweight champion’s accolades inside the cage.

It won’t be wrong to say that a string of recent close decision wins for Jones has made many fight fans doubt Jones’ dominance inside the Octagon, with the GOAT status going to Khabib Nurmagoemdov in many eyes.

When will Paddy Pimblett make his UFC debut?

Paddy Pimblett doesn’t have a fight booked right now, but it won’t be wrong to assume that he could fight on a Darren Till card considering both the fighters are from Liverpool and will look to garner the support of their homeland. Be that as it may, nothing has been made official by the UFC with the promotion targeting an Aug. 14 main event for Till and Brunson. Pimblett is expected to make his UFC debut on the same card.

Darren Till is expected to take on Derek Brunson sometime later this year. Till is one of the biggest names to come out of Europe in a recent while, and the English fighter enjoys the support of his home crowd like no other. Paddy Pimblett has the same support going for him and being on the same card is definite to get the fight fans excited.