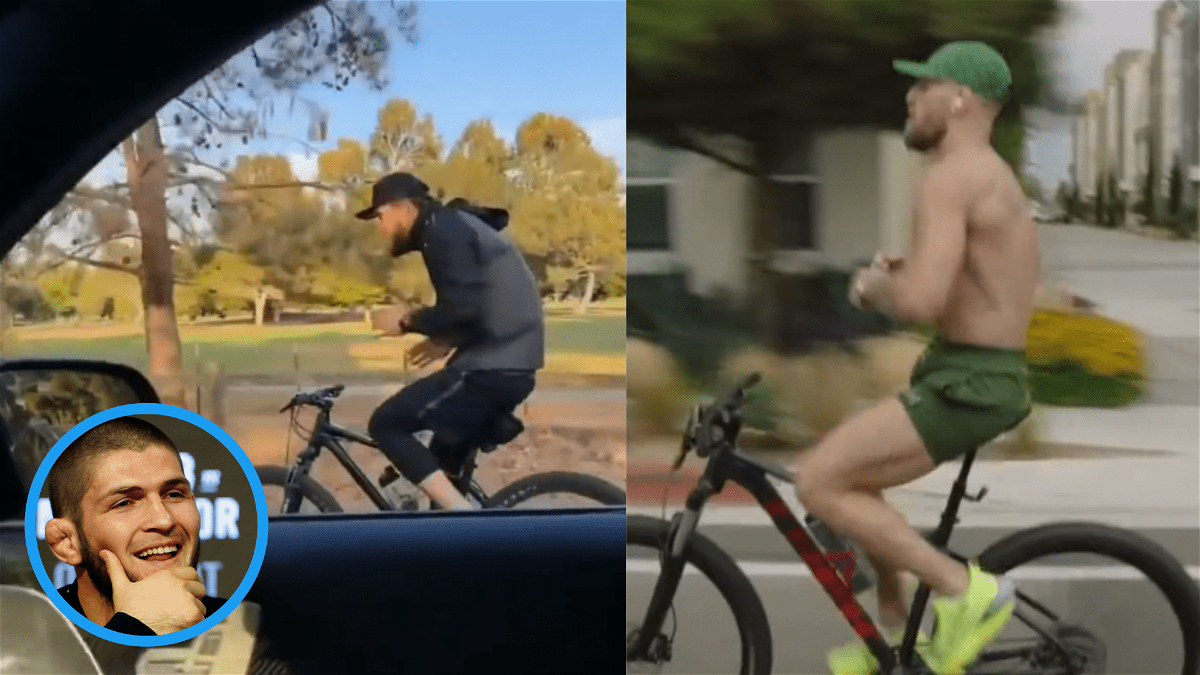 Conor McGregor will take on Dustin Poirier in a trilogy bout inside the T-Mobile arena on 10th July. Ahead of their epic showdown UFC has released a countdown video on their YouTube Channel. To summarize the details of the video in short, the promotion has displayed the history of the rivalry between The Notorious and The Diamond.

Furthermore, the Eagle was laughing after watching Makhachev’s mimicry in the car and made some comments in the video.

From the looks of the video, it is quite clear that Khabib Nurmagomedov is rooting for Dustin Poirier for the trilogy fight. Earlier, Nurmagomedov had said that while he expects McGregor to win the bout in the first round, he believes should the fight go longer, there’s every reason to believe that Dustin Poirier gets the win once again.

Also read: WATCH: Conor McGregor Cycles His Way Through the Streets of Las Vegas Ahead of UFC 264

Khabib Nurmagomedov and Conor McGregor indulged in one of the most gruesome rivalries in combat history. The two fighters ripped each other apart during the press conference of UFC 229. Both the fighters have shared an ugly rivalry ever since their epic clash at UFC 229, and continue to dislike each other even after all these years.

Also Read: WATCH: Conor McGregor Shadow Boxes For Thousands of Fans in California Ahead of the Dustin Poirier Trilogy 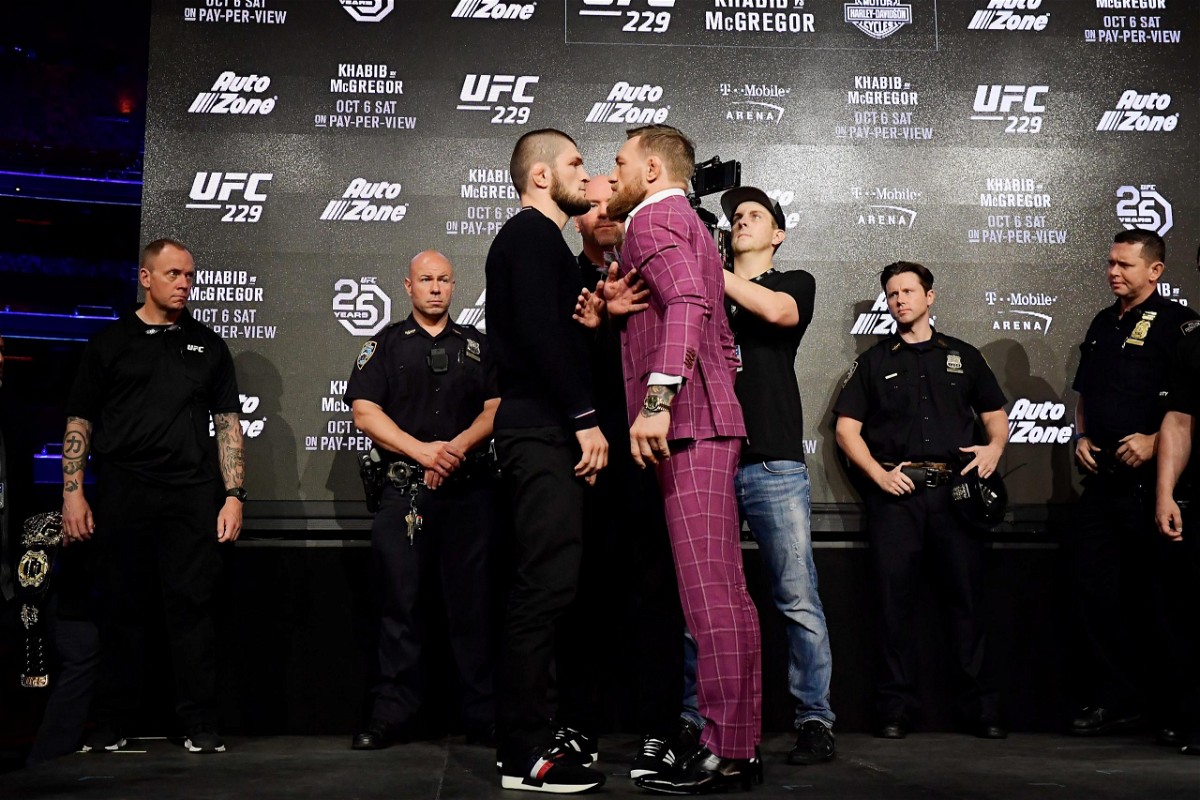 As a result, this entire rivalry became more personal and intense. Even after the Russian won the fight against McGregor, he lost his cool and jumped out of the cage and attacked the Irishman’s teammates. It was one of the most bizarre incidents in UFC. Therefore most fight fans would agree that it was the most intense clash in the history of the sport.

To date, Khabib Nurmagomedov and Conor McGregor hate each other’s guts. Moreover, they don’t miss a single opportunity to take a jab at each other on social media. Even though Khabib has retired from the sport, he has been making remarks about the Irishman in interviews.

He trolled McGregor for not keeping his word to Poirier and donate $500,000 to his charity. Khabib poked fun by posting a video where a group of men is disagreeing, in which one person said “Did I give you all my word, now I’m taking it back.”

In the end, this is only one example where the former champion has trolled the Double Champ. But there are several such instances where Conor McGregor and Khabib have beefed on the internet. Therefore if Notorious fails to defeat Poirier, it’s safe to say that there will be more comments right around the corner. However, only time will tell what lies ahead for Conor McGregor.