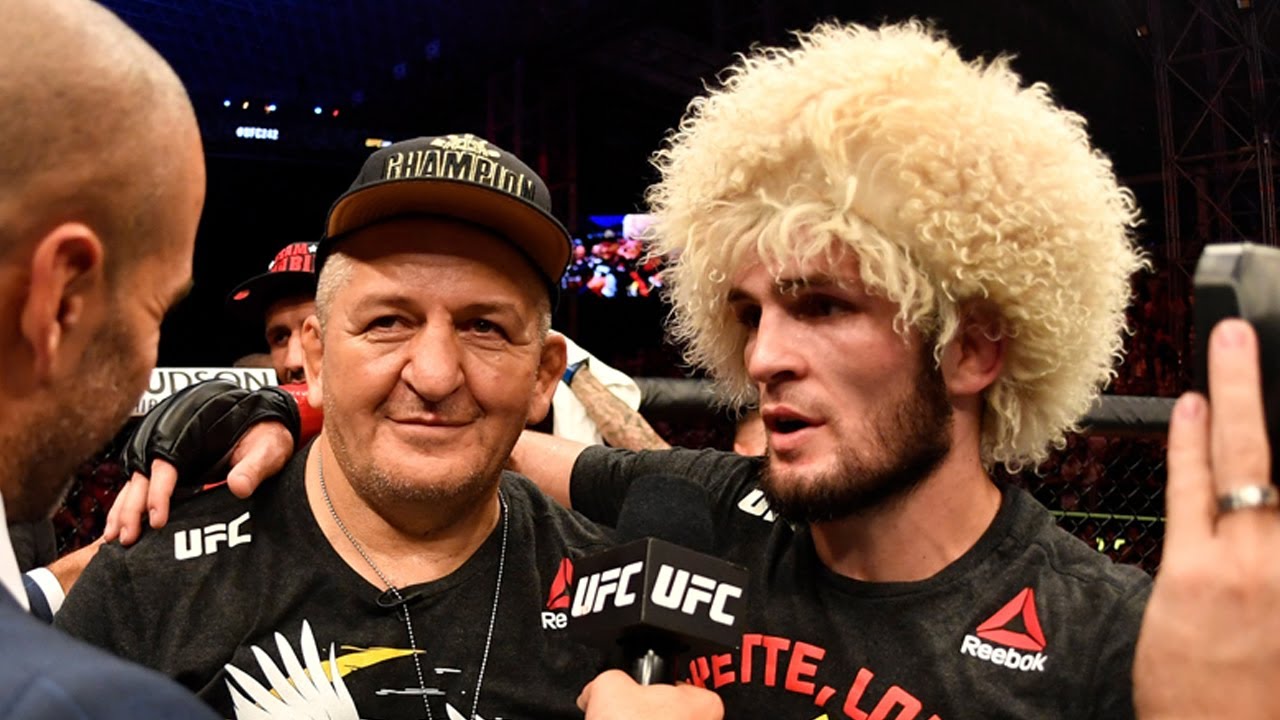 Khabib Nurmagomedov is one of the most successful MMA fighters to have ever stepped into the octagon. Moreover, a majority of his success in the sport is due to his wrestling skills. Owing to the fact that he has won several of his fights due to his exceptional grappling abilities.

Therefore the Eagle has mentioned in one of his interviews in the past that he used to wrestle with a bear during his childhood days. Consequently, this story of Khabib became a legend as a video of him wrestling with a bear surfaced online. As a result, Henry Cejudo and Mike Tyson played this popular video as the former lightweight champion was the special guest for this week’s episode of the Hotboxin with Mike Tyson podcast.

Cejudo started by asking Khabib about his age during this scene. The former lightweight champion revealed that he was nine years old. Later in the video, the Dagestani explained what went down during this wrestling session. “You know what father told me here? I said ‘he’s trying to bite me’ and he said ‘bite him back.”

Therefore Khabib Nurmagomedov’s revelation about his father’s statement during the video shows that the Eagle was raised to be a warrior since childhood. Hence a lot of credit for Khabib’s success goes to Abdulmanap Nurmagomedov.

Also Read: “I Have to Bite His Heart” – Khabib Nurmagomedov Reveals Why He Jumped Out of the Cage After Conor McGregor Fight on Hotboxin’ With Mike Tyson

Khabib Nurmagomedov asked Mike Tyson for his thoughts as they were reacting to the video where the Eagle was wrestling with a bear. Tyson replied that This is pretty interesting. That bear loves you. If he didn’t love you he’d kill you in three seconds. You see those claws. Three seconds and you’re dead!

The former lightweight champion also mentioned that “Like because of this video, everybody thinks in Russia everybody wrestles with bears.” Iron Mike questioned Khabib whether the bear was his friend. The Russian clarified that “No, he is like you know circus bear.”

Therefore the chances of Khabib getting killed or injured was pretty minimal as circus bears are usually trained. Nonetheless, it is incredible to even have the guts to wrestle with a bear during your childhood. Hence props to Khabib Nurmagomedov for being brave and not backing down against a bear.