Khamzat Chimaev is Destined for Glory

In probably the most stacked non-PPV card of the year, Khamzat Chimaev walked the talk as he picked up a stoppage win over UFC veteran Gerald Meerschaert in the main card of UFC Vegas 11.

After creating history by registering back to back wins under 10 days to record the quickest successful turnaround in the history of UFC, Khamzat Chimaev did not let the hype train derail as he picked up a KO win in just 17 seconds of the very first round.

There was a lot of criticism surrounding Khamzat Chiamev’s return to the octagon after Dana White announced that he has been scheduled to fight Damien Maia next.

Taking on a solid contender in the form of Gerald Meerschaert, Chimaev came across as a little too ambitious, with fight fans rejecting his MMA prowess so early in his career and rightfully so.

With just two wins in his UFC career, the company decided to book multiple fights officially for Khamzat Chimaev, even before the conclusion of his first fight. Gerald Meerschaert stated that he feels that he is being disrespected.

Khamzat Chimaev picks up a KO win at the Middleweight division 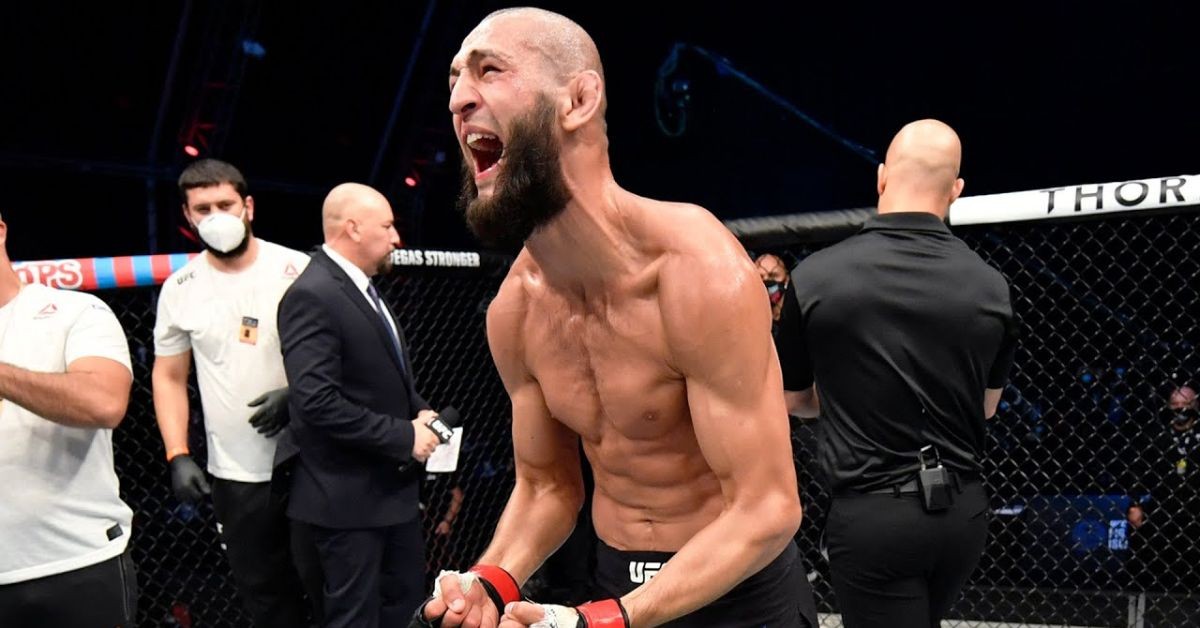 After back to back dominant performance back in July, Chimaev saw himself being compared to the likes of Khabib Nurmagomedov. A freestyle wrestler, Chimaev started wrestling while he was just five years old. Khamzat Chiamaev is extremely good on the ground and last weekend at UFC Vegas 11, he showed that along with great wrestling skills, he has solid power in his hands.

🇸🇪 @KChimaev has had one goal from the start: 𝐭𝐨 𝐬𝐦𝐚𝐬𝐡.

Khamzat Chimaev is a blue belt in BJJ, training alongside legendary coach Alan “Finfou” Nascimento. Chimaev moved to Sweden at the age of 17 and would go on to win the Sweden National Championship in freestyle wrestling.

He had a very dominant performance in the National Championship, where he won all of his matches without losing a single point throughout the tournament. Khamzat Chimaev continues to carry the same peak performance, having just absorbed two strikes in his three UFC fights.

UFC President Dana White revealed that Chimaev approached him before the fight and reminded him that he is not just a grappler, but also has solid striking. Chimaev did just that with his first KO win inside the octagon. Speaking in the post-fight conference, White stated,

I believe the guy is special. I’ve been in this game my whole life. I’ve never seen anything like him. He wants to fight again, you know, I’ve never been in a position where I’m like who’s next? How do we get him a fight at? Well, how do we get him over here? How do we do this? How do we do that? It’s fun and I like it and I think when you’re a fight man, a guy like this and that you love to watch and follow and hate. Hey, you know and whatever it might be this is this guy is one of those special Fighters I’ve ever seen. It’s not the most special guy that I’ve ever come across and he kept telling me leading up to this fight. You think I’m a wrestler. You think I’m a wrestler wait till you see my hands what we should do.

Even before making his UFC debut, Khamzat Chimaev regularly shifted between the Welterweight and the Middleweight division. With a stellar record of 9-0, Chimaev is set for a big push with a fight against former title contender and UFC veteran Damien Maia at the Welterweight division. However, UFC President Dana White feels that Khamzat Chimaev could fight against and fight Damien Maia as well.

“He might fight before Maia and fight Maia too.”

Needless to say, Khamzat Chimaev has come a long way in such a short period. With three victories in just 66 days, Khamzat Chimaev continues to etch his name in the history books. With how UFC has been treating Chimaev, it won’t be wrong to say that they are expecting a breakout star on the lines of Conor McGregor. be that as it may, come November, If Chimaev goes past Damien Maia, we could be in for Chimaev fighting for the UFC Welterweight gold in less than a year from now, and that’s saying something about the Wolf Khamzat Chimaev.