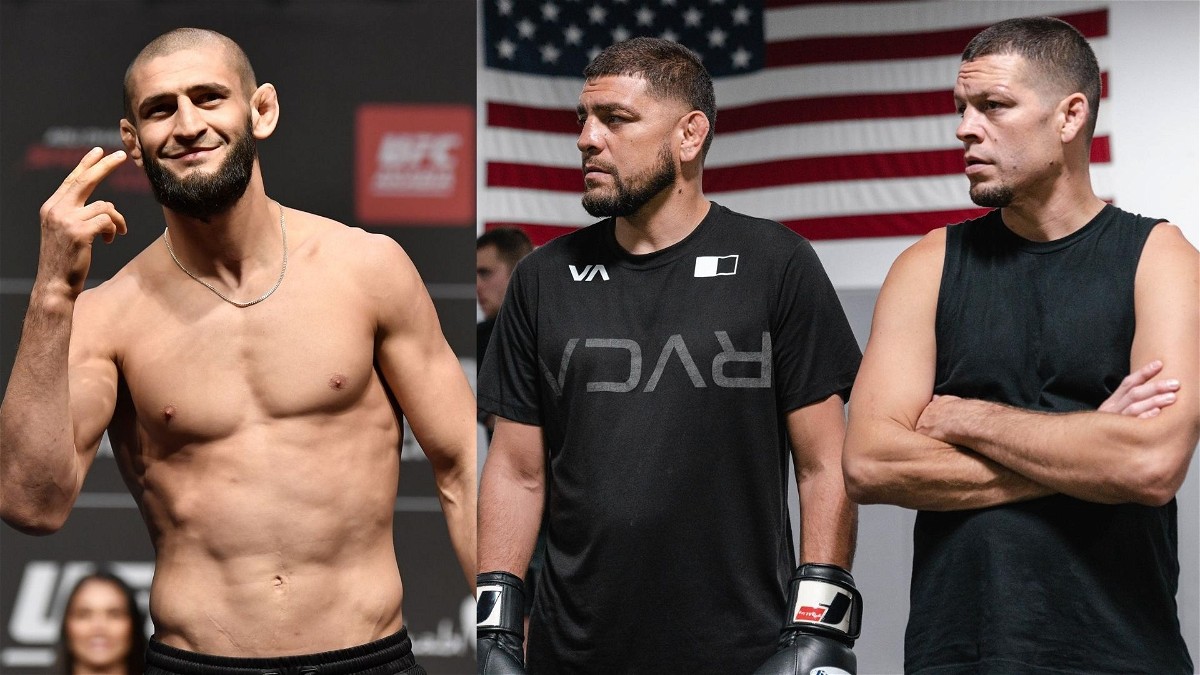 It looks like the rivalry between Khamzat Chimaev and Nate Diaz is escalating day by day. Earlier today, Nate Diaz, in conversation with TMZ Sports, shared his thoughts on the UFC’s newest sensation, Khamzat Chimaev. “Fight the newer guys in the UFC,” Diaz continued, “There’s levels to this, and I don’t even want to hear his name.”

It did not take very long for Khamzat Chimaev to fire back, as he took to Twitter to mock both Nick Diaz and Nate Diaz.

say hello to your older brother, tell him not to be afraid of me, I don’t beat old people, he knows what I mean, in Vegas I just wanted to say hello well, poor man ran away ????@NateDiaz209

Khamzat Chimaev’s last outing inside the Octagon was once again a dominant display of grappling, as he submitted Li Jinliang in the very first round to maintain his undefeated streak and take his UFC record to an impressive 4-0. Meanwhile, Nate is targeting a January return following his unanimous decision loss against Leon Edwards back at UFC 263. In the past, UFC president Dana White has shown his interest.

In conversation with TMZ Sports, Nathan Diaz expressed his desire to compete against a top-5 fighter and revealed that he is looking to return in January. He also maintained that all the fighters were “scared” to fight him. It will be interesting to see who Nate Diaz will face next in his UFC return. Earlier, there were talks of a potential fight against Vicente Luque. However, it looks like that won’t be happening anytime soon. Meanwhile, Khamzat Chimaev has called out all the top-ranked fighters, including the likes of Colby Covington, Jorge Masvidal, Leon Edwards, among others. It’s an exciting time for the UFC’s welterweight division, and we couldn’t be more excited!