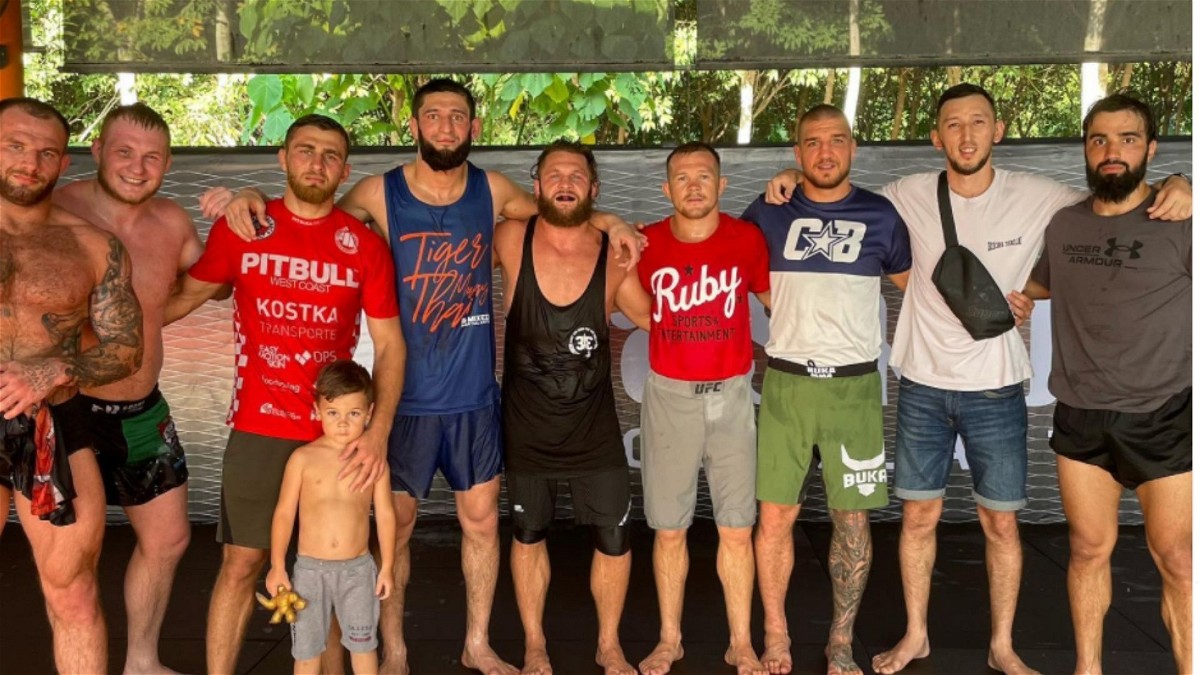 UFC Welterweight Khamzat Chimaev is UFC’s latest sensation and continues to make headlines in the world of mixed martial arts. Chimaev is coming off an incredible first-round submission win over Li Jinliang and is currently spending his time training at Tiger Muay Thai in Thailand. Chimaev has shared several photos from the beautiful country of Thailand on his social media. Khamzat Chimaev trains out of Allstar Training Center, so it goes without saying when fight fans noticed Chimaev training alongside fellow Russian fighter and former UFC Bantamweight Champion Petr Yan, it was exciting!

Petr Yan takes on Aljamain Sterling in April at UFC 273 next. A prominent member of Team Tiger Muay Thai alongside Alexander Volkanovski and Valentina Shevchenko, Khamzat Chimaev seems to be having a great time in the beautiful country of Thailand.

Khamzat Chimaev and Gilbert Burns have shared a lot of back and forth trash-talking on social media, with the official account of UFC Brasil teasing the match-up, grabbing more eyebrows. Despite the excitement, there has been no official confirmation by the UFC. While it’s a huge risk for the #2 ranked Gilbert Burns, it makes sense stylistically. If there’s any other fighter who poses the most danger to Khamzat Chimaev on the ground than Kamaru Usman, it has to be the Brazilian BJJ ace, Gilbert Burns.

On the other hand, Petr Yan will look to become a two-time UFC Bantamweight Champion of the world as he takes of arch-nemesis Aljamain Sterling, Yan dropped the gold to Sterling after an illegal knee to the head.

Rafael Fiziev is fresh off an incredible stoppage win over Brad Riddell. He will fight Rafael dos Anjos next. There couldn’t have been a better team than Chimaev, Yan, and Fiziev to help hone each other’s skills.