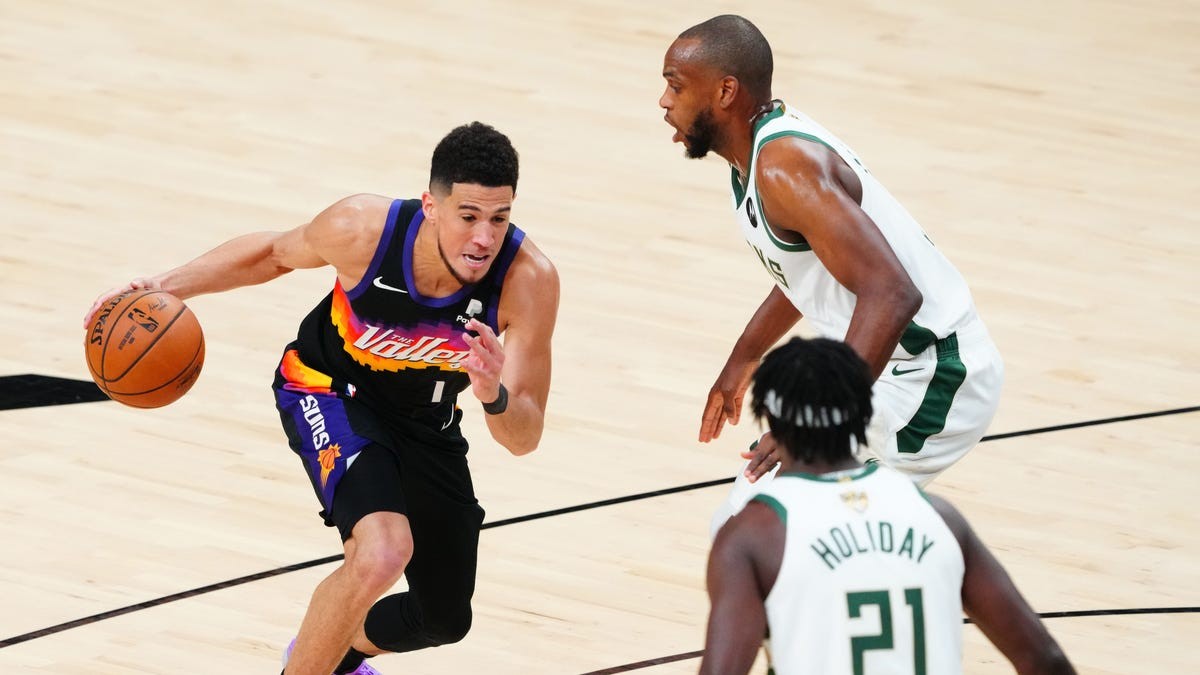 Khris Middleton, Jrue Holiday and Devin Booker just finished their run in the NBA . The Milwaukee Bucks defeated the Phoenix Suns in 6 games to win the 2021 NBA Championship. The three of the are now going to join Team USA at the Tokyo Olympics.

While the two Milwaukee Bucks stars will be ecstatic on their flight to Tokyo, Devin Booker will still be heartbroken. Devin Booker has just suffered one of the most heartbreaking losses in his career. Though he is only 24 years old, Booker was extremely disappointed after the Phoenix Suns blew a 2-0 lead to the Milwaukee Bucks. The three players are catching a flight together from the USA to Tokyo. The flight is probably going to be one of the most awkward flights of their lives.

Devin Booker, Khris Middleton & Jrue Holiday are scheduled to fly together to Tokyo tomorrow with the hope they'll be available for Sunday's Olympic opener vs. France: https://t.co/CkMLW9qWCN

However awkward the flight is going to be, the three players joining the roster is extremely good news for Team USA. The addition of these three players who are in incredible touch will be a huge boost for the team. Khris Middleton, Jrue Holiday and Devin Booker will be hoping to play for Team USA from the first game. Team USA have already suffered losses in the exhibition games as well as the loss of guard, Bradley Beal. With the three stars joining and a incredible roster, Team USA will most probably bring home yet another gold medal

The good news for Devin Booker is he won’t have to relive facing Giannis Antetokounmpo again in the Tokyo Olympics. Team USA will kickstart their Olympic campaign on the 25th of Juky against France in Saitama, Japan.

Also Read: 2018 Kobe Bryant Names the Player He’d Most Want to Matchup Against