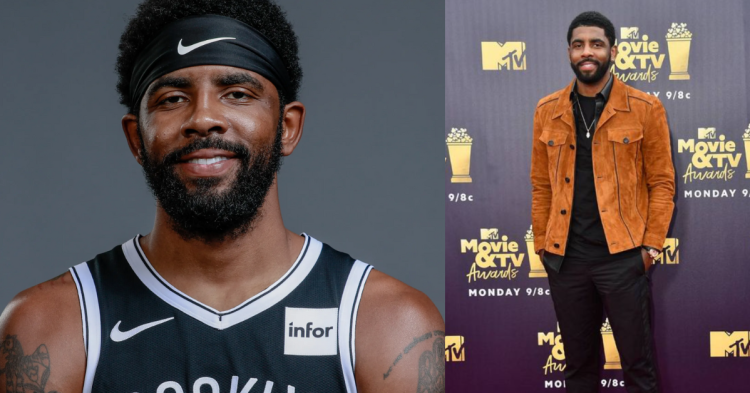 The coronavirus pandemic has proven to be one of the deadliest viruses in the history of mankind. It has severely taken a toll on people affected by it. It has also resulted in the loss of millions and millions of people. Therefore, all of us must unite and take the adequate vaccine to combat this virus. However, several people believe in the anti-vaccine policy. One of the athletes at the forefront of this policy is the Brooklyn Nets star Kyrie Irving.

Adversities and consequences Kyrie Irving faced in the NBA

The NBA and the state of New York had enforced certain COVID -19 vaccine mandates for the athletes. They were required to fulfill it to play the 2021-2022 season. However, Kyrie refused the mandate by not taking the vaccine, which caused his ban.

Final score was 150-108 against the Magic. Kyrie doing this part time as well🔥 pic.twitter.com/SfkeWjFKsm

Nevertheless, he was only banned from playing at the Brooklyn Nets‘ arena and any away game in Toronto. Later on in the season, the NBA allowed him to play away games as a part-time player. This did not stop Kyrie from dropping 30-point games on multiple occasions. As the season progressed, The mayor of New York relaxed the COVID-19 vaccine mandate, which allowed Kyrie to play home games for the rest of the season.

Kyrie’s reason to be part of the anti-vaccination movement

Kyrie has numerously stated that: “everybody is entitled to do what they feel is what’s best for themselves.” Although he does not consider himself under the confines of anti-vaccine or pro-vaccine, he believes he is “about being true to what feels good for me.”

If I can work and be unvaccinated, then all of my brothers and sisters who are also unvaccinated should be able to do the same, without being discriminated against, vilified, or fired. ♾🤞🏾

This enforced Vaccine/Pandemic is one the biggest violations of HUMAN RIGHTS in history.

Kyrie is an interesting sensation and is vocal about his opinions and beliefs on social media platforms. Recently, he took to Twitter to state:

“If I can work and be unvaccinated, then all of my brothers and sisters who are also unvaccinated should be able to do the same, without being discriminated against, vilified, or fired.”

Kyrie has faced a lot of controversies during his career. However, choosing not to be vaccinated has to be his biggest, as he faced a lot of criticism for it. His decision has caused many of his fans to baffled as the common opinion was that the vaccine was in favor of us all.