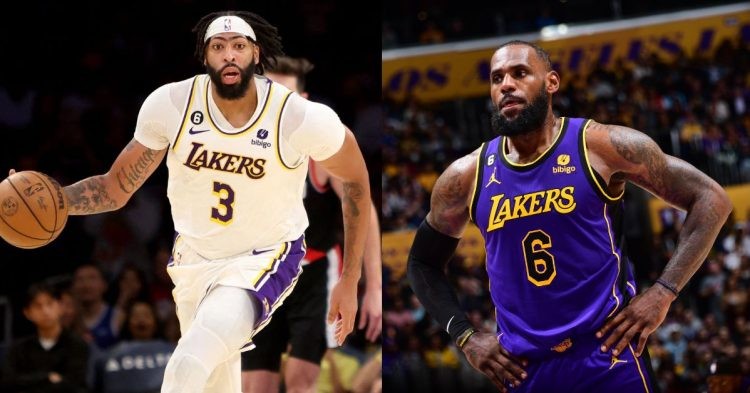 The 2022-2023 NBA season has been far from kind to the Los Angeles Lakers, and things keep going from bad to worse for the star-studded team with reports of the Lakers looking to trade All-Star Anthony Davis.

The Lakers team has struggled on all fronts in the new season, with the fans and management losing their patience with the team. The team’s underperformance saw the Lakers management sack head coach Frank Vogel who led the team to the 2019-20 season.

Anthony Davis may be available for trade, per @BillSimmons pic.twitter.com/ugSXowI6p6

The Lakers appointed Darvin Ham as head coach in May 2022. His appointment instilled a much-needed change in the Lakers’ approach, but that has not helped as the team continues to struggle, as evidenced by their 2-8 record in the new season, which has put them right at the second bottom of the Western Conference standings above the Houston Rockets.

With the entire team underperforming, the news of Anthony Davis’ proposed trade is a surprise since he has been one of the standout players this season, averaging 23.2 points per game and 2.4 Assists per game, according to statmuse.

Trade him and LeBron
4 years of him and 5 of that fraud is enough for me
I was there when we were at our lowest but there was simply not enough talent
Now we have 3 so called superstars and we are worse then ever before
Trop is genoeg
Oprotten die handel!!!

lebron is the issue

LeBron should be traded for Paul George

If anyone needs to go it’s Lebron ngl

Fans were quick to lash out at LeBron James, who fans believe to be at the center of the discussions on his status on the team.

The slow start to the season has brought in all sorts of rumors, and Bill Simmons hinted at the news about Davis’ trade on his latest Ringer podcast. Simmons said, “So, the Lakers lost again [Sunday]. There’s some buzz, some buzzing that AD might be available. That’s a Plan B.”

“Because the Westbrook trade, or whatever they think they can get for Westbrook and whether you want to give up future assets, maybe that doesn’t even make sense because what are you getting if you’re the Lakers?”

All eyes are on the LA Lakers and how they handle this current situation, but trading Anthony Davis will not be easy as he is considered one of the best interior defenders in the NBA and there are not many who can replace him in the lineup in the league.