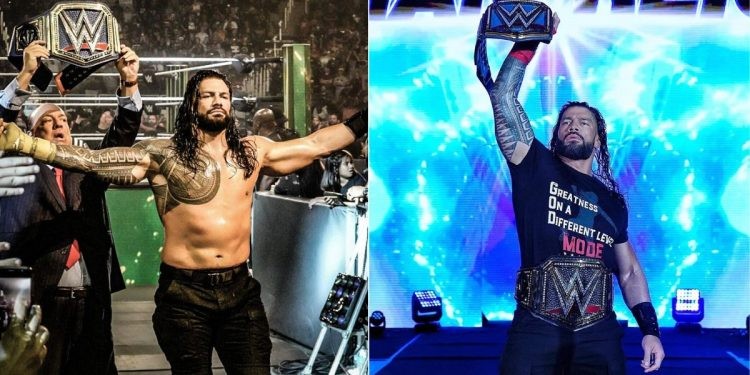 The Undisputed WWE Universal Champion Roman Reigns hasn’t been featured much on WWE television since signing his new contract. Despite being advertised for Money in the Bank, Reigns has been reportedly removed from all promotional materials.

Original Money in the Bank plans for the Tribal Chief involved a match against Riddle. The Original Bro recently made a challenge to Roman Reigns on the latest episode of Monday Night RAW.

Roman Reigns, along with Ronda Rousey and Charlotte Flair, were removed from Money in The Bank on 2nd July. The decision was to made to take them off the show after MITB was shifted to a smaller venue. The originally planned match has been scrapped, but WWE is still building to it. Reigns hasn’t defended his titles on any televised match since WrestleMania 38, almost two months ago.

Roman Reigns’ new contract allows him a much lighter schedule than his previous deal. Initially, it looked like his light schedule mostly involved working lesser house shows. But now, it appears that it applies to smaller premium live events and television shows. The current expected plans for Roman Reigns include WWE SummerSlam and WWE Clash at the Castle. The planned opponents are Randy Orton and Drew McIntyre.

When will Roman Reigns return?

Roman Reigns is not scheduled to wrestle till the SummerSlam premium live event. But before his appearance in the biggest show of the summer, The Tribal Chief could have a TV match in the coming weeks. Dave Meltzer from Wrestling Observer Newsletter stated that WWE’s focal plan for Reigns is to face Randy Orton at SummerSlam. But he will have a match with Riddle before eventually squaring up with the Viper.

The match is expected to take place on television and not on a premium live event. It is still unclear as to where this match could take place. It could be on RAW or SmackDown. However, WWE may choose not to go ahead with the match considering the constant changes in booking. But it is confirmed that Riddle will be on SmackDown this Friday to ‘hunt’ down Roman Reigns.