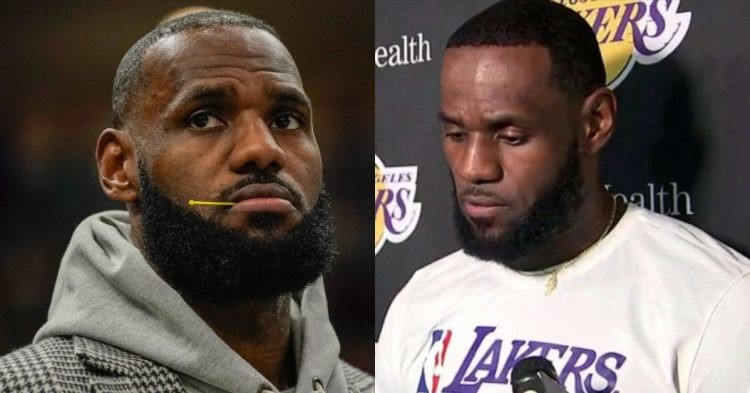 We all know LeBron James is one of the most famous athletes in this world. He has been in the NBA for 20 years and has seen it all. They say you cannot go through life without making enemies and the King has certainly had his fair share of conflict and controversy.

It is important to know what these controversies are. Or at least how they come to be. There are obviously tense situations on the court as basketball is a sport of physical dominance. However, that is not what we are referring to.

The modern age is the digital age and the internet allows everyone near-infinite potential. NBA stars and other famous personalities use the internet and social media as a platform to voice their opinions. They also have a huge fan following and can reach the masses instantly. We all know the active life LeBron James has on social media such as Instagram and Twitter.

Social media is the source of most of LeBron James’ controversies

King James uses his position to raise his voice on several issues. One of the things King James is quite passionate and emotional about is the treatment of African American people. He has taken every chance to voice his opinion and try to sway his audience into thought and action. This is all well and good. After all, he definitely has the right to use his social media just like everyone else does.

However, most of his controversies over the years have occurred through the digital world. King James is human, just like the rest of us, and is quick to say something that may be perceived as controversial. One of the biggest mistakes he made was about a year ago.

It was around the time of the “Black Lives Matter” protests and the growing cases of police brutality. A young teenage girl named Ma’Khia Bryant was killed by a police officer. George Floyd’s killer had been sentenced to execution and LeBron was feeling as emotional as ever. He decided to send out a tweet with a photo of the police officer who shot Ma’Khia, and the caption, “YOU’RE NEXT  #ACCOUNTABILITY”

However, It turns out that Bryant was trying to stab another girl. Therefore, the police officer in question had no choice but to shoot her as it was to save another life. The facts were soon revealed and LeBron deleted his tweet. Moreover, he made a compensatory post to justify the first one

ANGER does any of us any good and that includes myself! Gathering all the facts and educating does though! My anger still is here for what happened that lil girl. My sympathy for her family and may justice prevail! 🙏🏾✊🏾🤎👑

He has also shared his takes and perspectives on podcasts and other Youtube channels. These are platforms for select members to ask him a potentially controversial question. King James is not shy of the camera in any manner and always ends up giving them “something good“. Hopefully, he controls this aspect of his life.