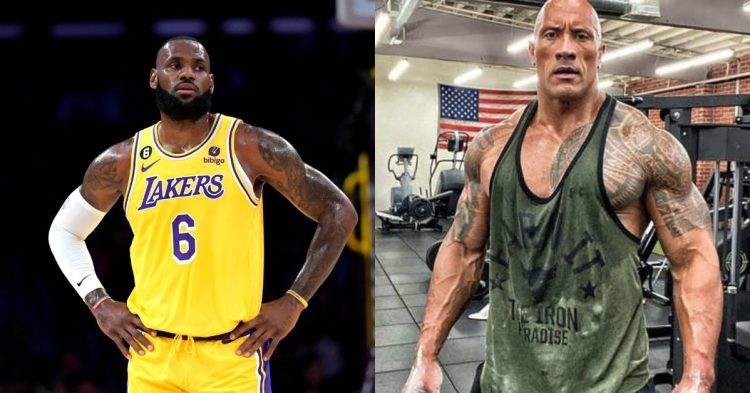 Cristiano Ronaldo is one of, if not the most popular person on the planet. His record in football is unprecedented. He has scored 498 league goals across his career and 117 goals for his national team. He has won numerous individual accolades as well. His recent interview with Piers Morgan may have divided the United fan base, but Ronaldo’s loyal supporters have well and truly backed their superstar.

LeBron James is one of the most popular basketball players in the world. He plays for the NBA team LA Lakers. He has been nicknamed “King James”, and has often been compared to Michael Jordan in debates for the greatest-ever basketball player. Dwayne “The Rock” Johnson is a successful actor and former professional wrestler. He has been called one of the greatest wrestlers of the Attitude Era of the WWE.

How many followers do Lebron James and Dwayne Johnson have?

Lebron James and Dwayne Johnson both are very big personalities and superstars in the USA. Dwayne Johnson has 348 million followers on Instagram, whereas LeBron James has 137 million. The sum of this is 485 million, which is still 15 million less than Cristiano Ronaldo’s followers. LeBron James is also a shareholder in Liverpool Football Club.

🚨 Cristiano Ronaldo on if he has more Instagram followers or money in the bank: “Probably similar. It’s good to still be number one, something that makes me happy too is Forbes magazine, every year I’m at the top of the list. It’s not by coincidence.”

Ronaldo has brand deals with many major companies. His photo with Lionel Messi in the Louis Vuitton advertisement has gone viral all over social media. On being asked about his net worth on the Piers Morgan, he said, “Probably similar. It’s good to still be number one, something that makes me happy too is Forbes magazine, every year I’m at the top of the list. It’s not by coincidence.” Ronaldo’s World Cup campaign begins on 24th November against Ghana.

Dwayne Johnson is in 5th place with 348 million followers on Instagram. According to the English press, Ronaldo’s teammates have been infuriated by his interview. But this hardly seems to be the case, with players like Bruno Fernandes and Anthony Elanga coming out to say they have been unaffected by his comments. Fernandes reiterated his focus is currently on Portugal and will shift to Manchester United after December 18th.