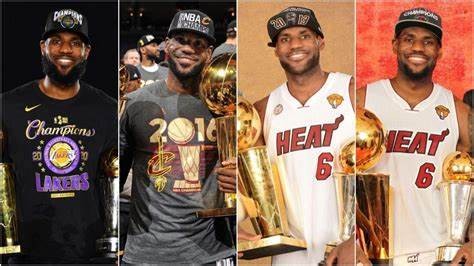 LeBron James is the star small forward for the Los Angeles Lakers. This superstar is a name that is always prominent in the NBA. He has also been compared to Michael Jordan in many debates over who the greatest player of all time is. King James started his run at the Lakers in 2018. Throughout his career, LeBron James has been a part of three franchises and won at least one ring with each of the teams. Along with the four championships, LeBron also has four Finals MVP awards to his name

Cleveland Cavaliers: From a rookie to making history

In the 2003 NBA draft, the Cleveland Cavaliers chose LeBron James as the first overall pick. LeBron was all set to make a mark for his hometown team and did not waste any time doing so. In his debut, he went on to put up 25 points, setting the record for most points scored by a prep-to-pro player on debut. James was also crowned rookie of the year. 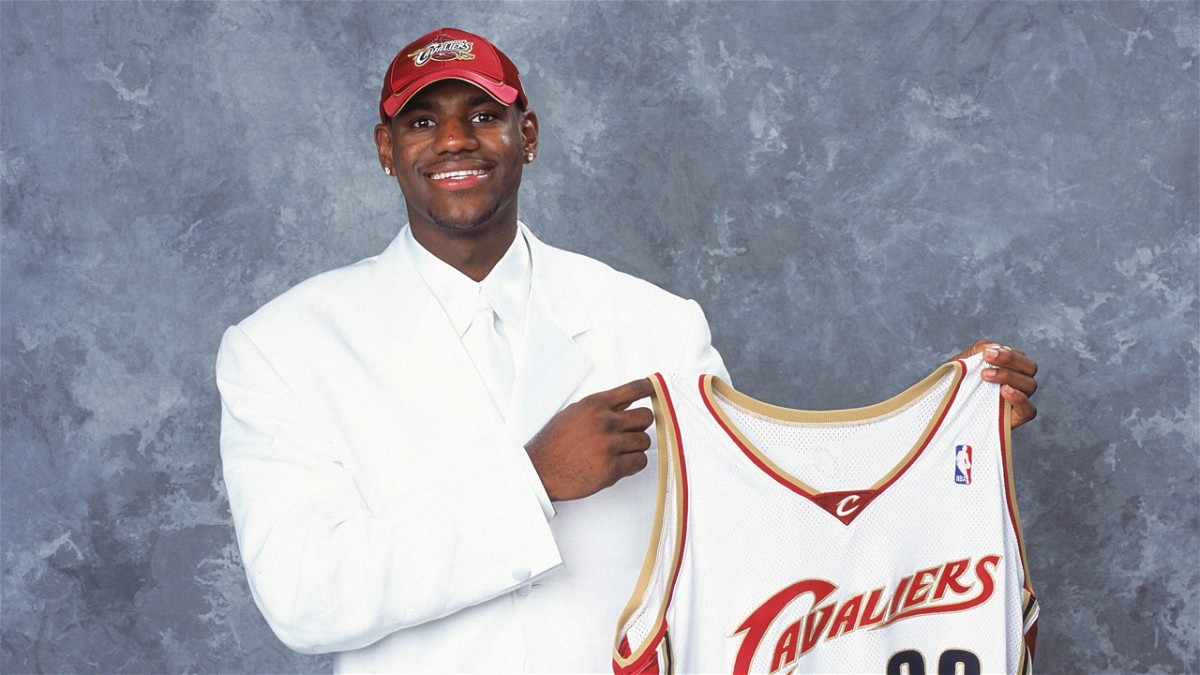 The 2004-05 season saw the rise of a king. James was also the reason the East won the 2006 All-Star game. The run for the Cavaliers between 2008-10 proved to the NBA that LeBron James was the King of the league. In the 2008-09 season, James was crowned NBA defensive player of the year. James however could not bring the Cavaliers a championship and left for Miami.

King James however came back to the Cavaliers to complete some unfinished business. In 2014, LeBron re-signed with the Cavaliers. He managed to help the team reach the NBA Finals in the 2012-15 season. however, the Cavaliers lost to the Golden State Warriors. In the 2015-16 season, LeBron James had his mind set on ending the Cavalier’s championship drought.

The Cavaliers were up against the Golden State Warriors yet again. The Warriors were in the driver’s seat. After four games the Cavs were down 3-1. LeBron James and co fought hard and they made history. The cavaliers went on to become the first team to overcome a 3-1 deficit in the Finals. “Blocked By James” is a statement that to date describes LeBron’s championship moment the best.

Miami Heat: Back To Back Championships

In 2010, LeBron James signed with the Miami Heat. King James was joined by superstars, Chris Bosh and Dwayne Wade. The trio wreaked havoc in the league. They had it all under control on both ends of the court. LeBron James finished the 2011-12 season with 27.1 points and 7.9 rebounds per game. The Heat had made the playoffs.

After a successful run in the Conference Playoffs, The Heat were up against Oklahoma City Thunder. It was LeBron James taking on Kevin Durant, a rivalry of the two scariest players on the court. The Heat however came up on top and James was awarded the NBA Finals MVP award.

LeBron was not done at Miami. King James along with D-Wade and Chris Bosh guided the Heat to a 27-game winning streak. LeBron James finished the season with his fourth MVP award to speak for him. The Heats were up against the San Antonio Spurs in the Finals and LeBron James indeed proved why he wears a crown. King James put up 37 points in the game 7 and was also crowned Finals MVP for the second year in a row as the Heat lifted their back to back championship. 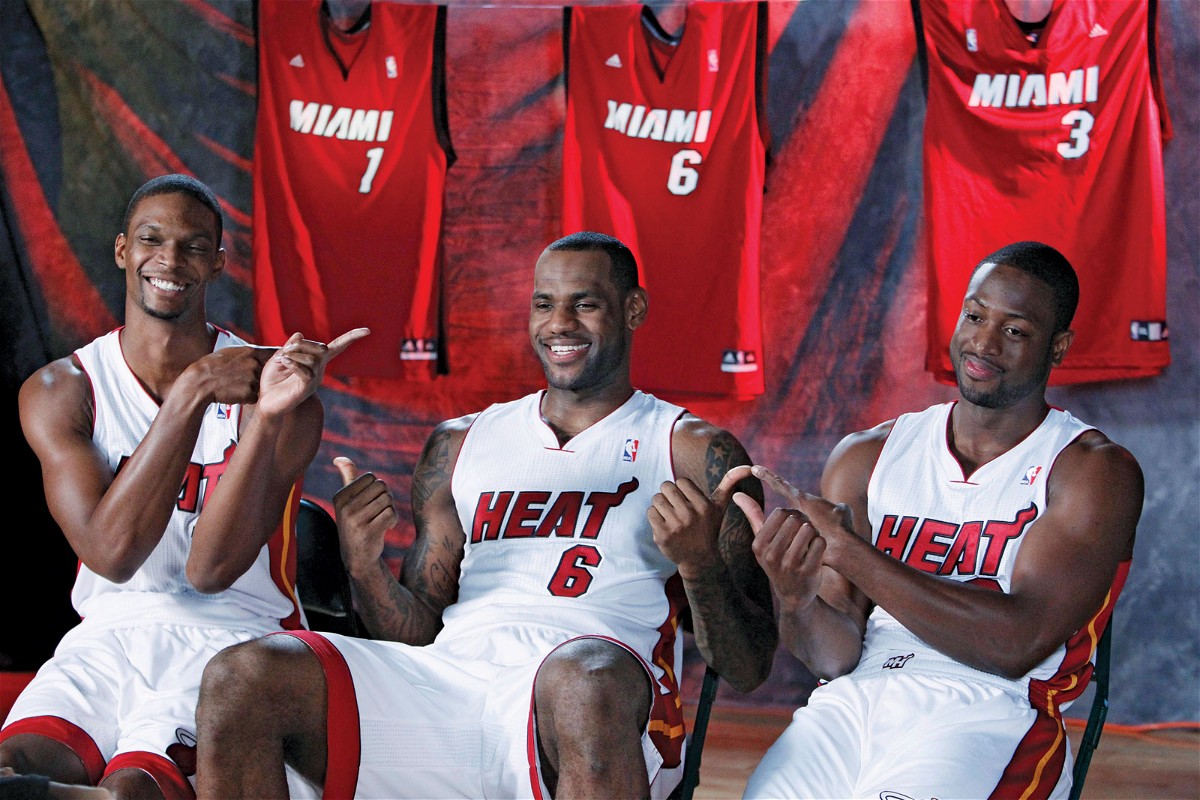 In 2018, the Los Angeles Lakers pulled off one of the biggest moves. LeBron James arrived in Los Angeles in 2018 however he could not do much in his first season for the Purple and Yellow due to an injury. In the 2019-2020 season, the Lakers gave James support on the court by bringing in Anthony Davis. LeBron James passed Kobe Bryant on the all-time regular-season scoring list on the 25th of January.

The Lakers suffered a huge loss the very next day, the Lakers legend, Kobe Bryant had passed away in a helicopter crash. LeBron James knew he had to bring home the Championship for the fans, for the team, and for Kobe. The Los Angeles Lakers reached the playoffs in the 2019-20 season and cruised to the finals. In the NBA finals, they were up against LeBron’s former team, Miami Heat. King James and co eliminate the Heat in 6 games. LeBron ended the ten-year drought in Los Angeles and also won his fourth Finals MVP. 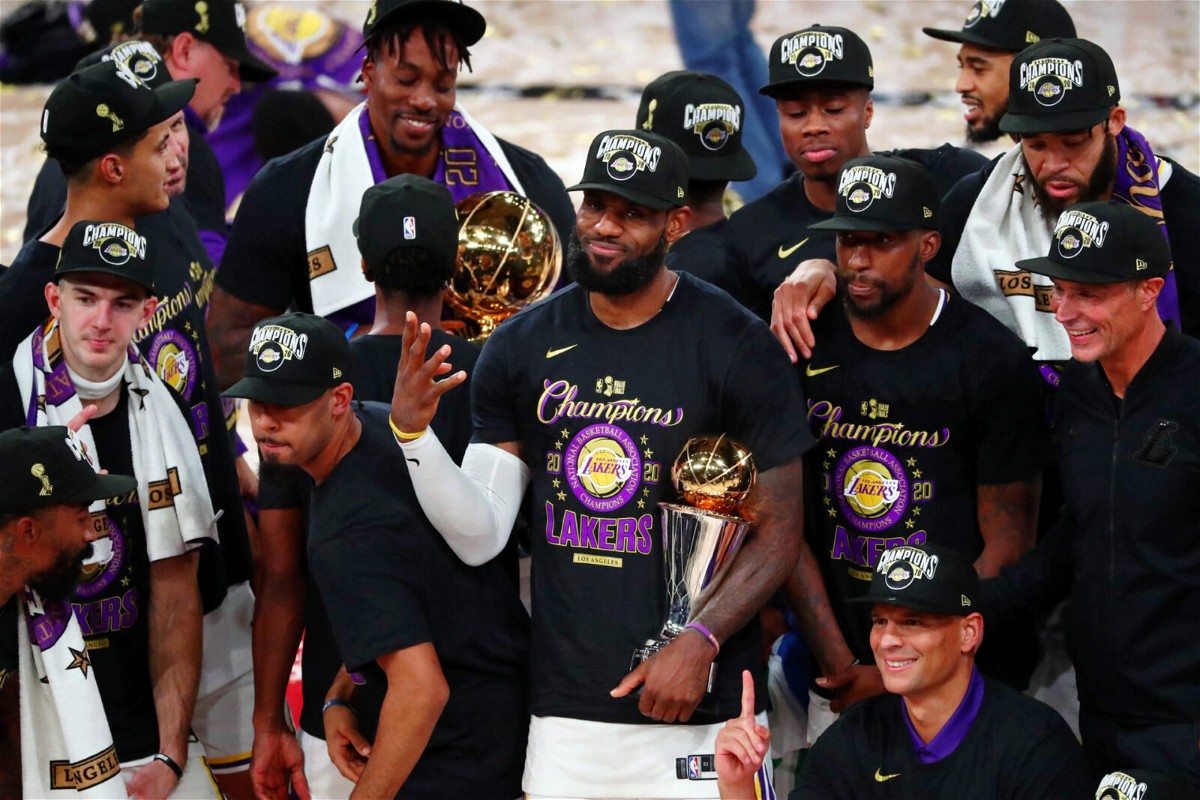 In the 2020-21 season, King James and Anthony Davis chased back-back championships, The team made the playoffs but were eliminated by the Phoenix Suns in round 1 of the Western Conference playoffs.