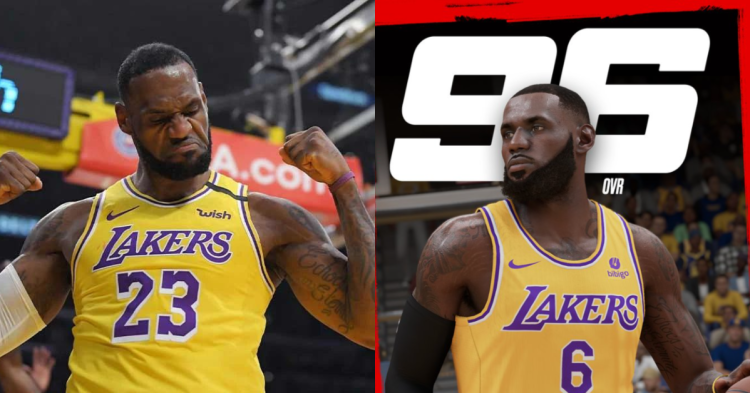 NBA fans eagerly anticipate the most recent NBA 2K23 Ratings each year to find which players the game considers to be the best in the league. LeBron James, the star player for the LA Lakers, continuous to be on the list of best NBA players of this season.

The NBA 2K23 will be releasing on Friday, September 9. The 2K team has started to reveal the most recent player ratings, following each NBA player’s request on Twitter. They also disclosed the top-rated rookies in this year’s game in addition to some additional ratings.

LeBron James has been one of the biggest stars of the NBA 2K series. He has featured on the cover the most, with 16 times, more than other active and former NBA player.

Bucks superstar Giannis Antetokounmpo sits on the throne as the game’s best player, with a rating of 97. 2K’s developers have given Steph Curry, Kevin Durant and Nikola Jokic the same rating as King James.

The Lakers have missed the playoffs two years in a row since winning the title in 2020. Despite all that, James has proven that he is still at the top of his game with his clutch shots and dunks. Moreover, he still makes plays for every other player around him.

From the start of his basketball career LeBron has always been a clutch player. Excelling as a scorer and facilitator while also showing flashes of brilliance on the defensive end of the court. LeBron finished the season shooting 35.9% from three-point range and 62% from the two-point line for a season-high 30.3 points, 8.2 rebounds, and 6.2 assists per game average.

LeBron James is consistently one of the most recognized players in NBA 2k. James was always approaching a 97 or 98 rating. It was during his MVP years with the Heat or his formative years with the Cavaliers. LeBron James led the LA Lakers to the NBA title and received the game’s highest rating of 98 for NBA 2K20.

.@KingJames messed around and dropped 56 PTS (most as a Laker) against the Warriors last season 👑#TeamDays | @Lakers pic.twitter.com/8RcMhCGFH4

For a rookie, James’ first NBA overall score of 78 is quite good. James did not take long to catch fire and was rewarded with a season in which he averaged 20.9 points, 5.9 assists, and 5.5 rebounds with a stunning 88 overall. Which was a significant improvement given the stats he amassed.

James may not be able to play 60/70 games in a season given his age. However, he still puts up ridiculous numbers at 37 years old. Moreover, he hasn’t averaged less than 20 points in a season despite entering his late 30s. The Lakers’ chances of making the playoffs and contending for a title will depend only on him.