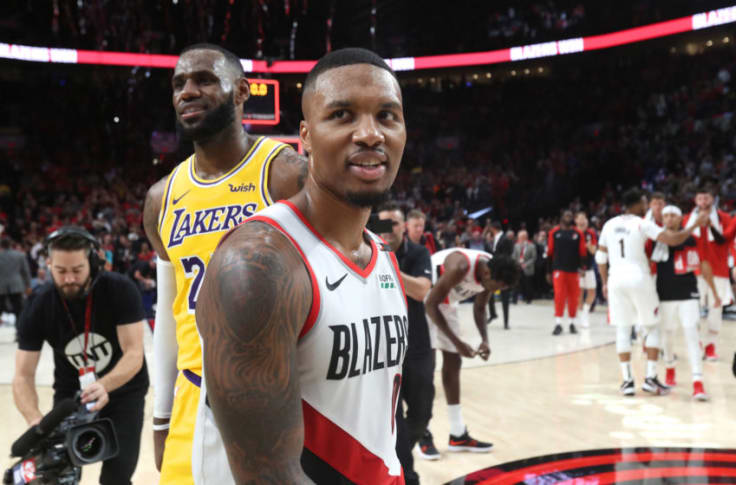 In the NBA, Basketball and money go hand in hand. We enjoy the Basketball side of it and our viewing funds it. These NBA Players receive massive contracts from the teams they play for. However, all these players are in the public eye. They are influential and everyone knows that. So Big companies want these players to endorse their products. That results in more money for the NBA players and high-level promotion for the companies.

Considering all of these factors, in the span of this season, who were the top 3 players to make the most money off of endorsements?

Also Read: Trae Young Reacts to Being Snubbed from Team USA Roster for the Tokyo Olympics?

Which NBA players are Making the Most Money from Endorsements?

1.Lebron James: Lebron James had a disappointing season, especially by his standards. However, as expected, he is number 1 even on this list. Not only does she earn $40 million per season on his NBA Contract, but this season he earned more in endorsements. He had 26 deals which helped him make over $65 Million dollars.

To no surprise, the most endorsed player in the NBA this season:

Trae Young ranks 2nd on this list. He might have been snubbed of the All-Star team, All- NBA team and Team USA. But with all the snubs he has had this year, the list of most endorsed is one he won’t be robbed out of. He signed his mega-deal with Adidas this season which was the driving factor for his high position on the list. That deal included him getting his signature line and the first Ice Trae 1’s.

Damian Lillard has been extremely great recently and just turned 31. Lillard is going to request a trade from Portland in the coming days to a real big market team. He’s another Adidas star who made a lot of money from his shoes. The alleged number was near $13 million dollars. Besides this, Lillard has endorsement deals with Toyota, Spotify, Panini, Spalding, Hulu, and State Farm.

With the exception of LeBron, we see players from small-market teams high on this list. This clearly shows that the entire small/big market conversation is now pointless. You can be in small-market teams and still make the most money in the league through endorsements. This is especially a huge win for the NBA.

Also Read: Here is Why Bradley Beal is Not Playing for Team USA at the Tokyo Olympics