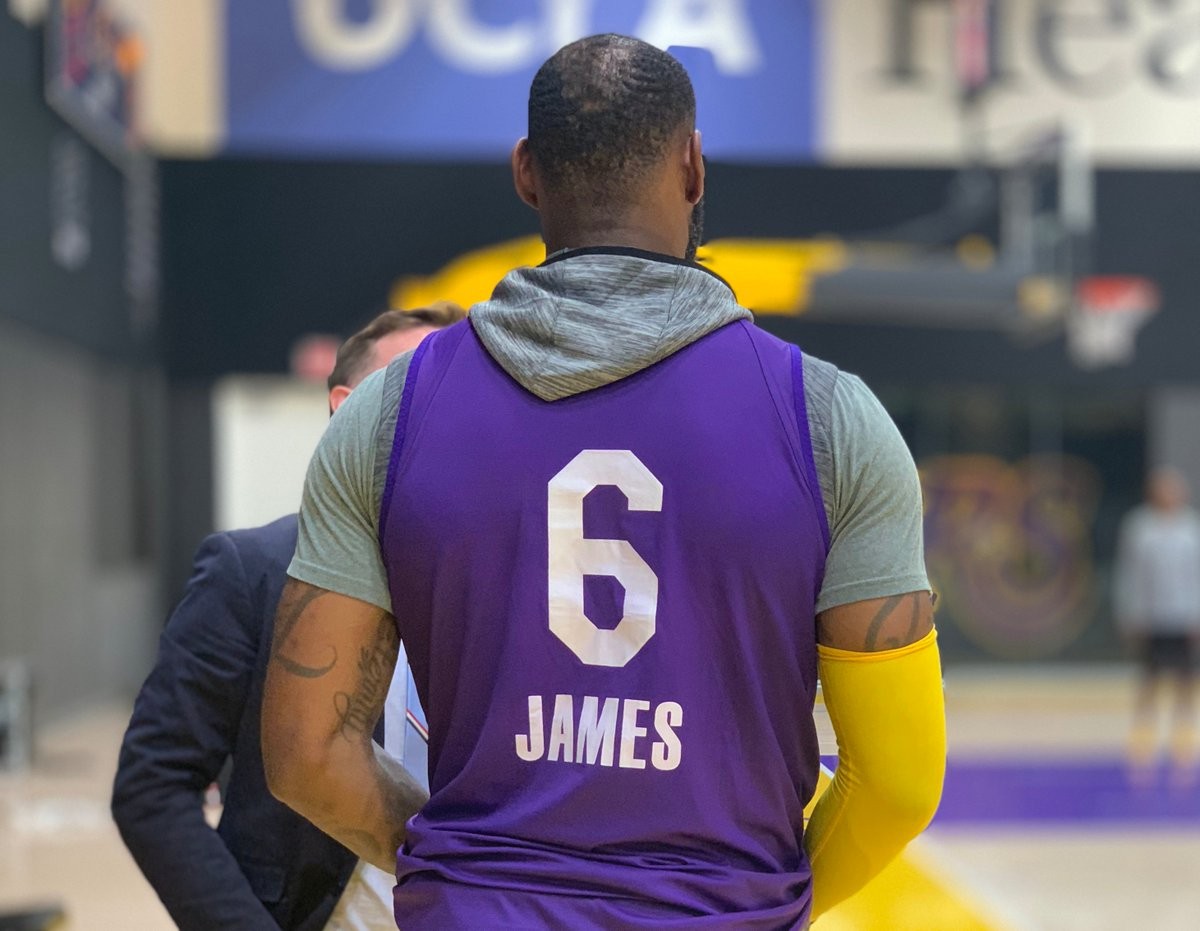 LeBron James and his Los Angeles Lakers lost in Round 1 of the Western Conference Playoffs. One could chalk that loss onto Anthony Davis‘s injury or LeBron not fully recovered from his injury. But most of the blame has to definitely go on the Lakers supporting cast who were abysmal.

Regardless of all that, his legacy has been tarnished and his impressive playoff streak is over.

LeBron James has done enough to prove to everyone he’s top-2 of all time. But to himself he needs to prove more. So, he’s rolling back the time to the good old days of Miami. LeBron James will be wearing the number 6 for the Los Angeles Lakers in 2021-22 season and that means that Anthony Davis will be taking the no. 23.

When the Los Angeles Lakers traded for Anthony Davis, LeBron James wished to gift him the No.23. But due to production issues and the massive financial hit Nike would have absorbed from the No. 23 James inventory that’s already been produced. Nike could not accommodate the request for that season.

There is also the hype around LeBron’s new movie ‘Space Jam’ which is to release on 16th of July. In the trailer you can see LeBron rocking the number 6. All that does come into his decision. It also creates a narrative or a storyline of the Lakers getting Prime no. 23 AD and no. 6 Miami LeBron who are both known beasts.

LeBron usually leads the league every year in jersey sales and LeBron fans or even Laker fans would love to cop this new one as well. Don’t be surprised by the end of the year to know LeBron led in jersey sales…….again.

I’M A CARTOON?! And granny’s drinking a martini at halftime?!?! 🤦🏾‍♂‍ 🤣 It’s about to get looney up in here this July!! 👑 🐰 🥕 @spacejammovie @TheSpringHillCo #SpaceJamMovie pic.twitter.com/OT9KjVpN5X

LeBron James had been using the no. 6 on his Laker practice jerseys but it will be the first time since 2014 will we see it on court. But how do the stats and accolades of these 2 stints match up?

He has worn the number 23 for 14 seasons, in Los Angeles and Cleveland. Regular season stats are 27 points, 7 rebounds and 8 assists. His shooting percentages from the field are 50% and from the 3 is 34%. 13 all-star appearances,12 All-NBA teams,2 All-defensive teams, 2 MVP’s, 2 NBA Titles, 2 Finals MVP, 3 All-star MVP’s and 1 rookie of the year. James made the NBA Finals 6 times and made the playoffs 11 times. He also won a scoring title and led the league in assists for one season. LeBron in his 4 years at Miami averaged 27 points, 8 rebounds and 7 assists which are near identical to his other stats. He did however shoot better on 54% from the field and 37% from the 3.  He won 2 NBA titles, 2 MVP’s and 2 Finals MVP’s in those 4 years. James also made the all-star team all 4 times, All-NBA team 4 times and all-defensive team 4 times.

In my opinion, LeBron James was the scariest man in Miami and that for me is his best. If LeBron could bring that aggressiveness into next season, the Los Angeles Lakers will surely be champions again.