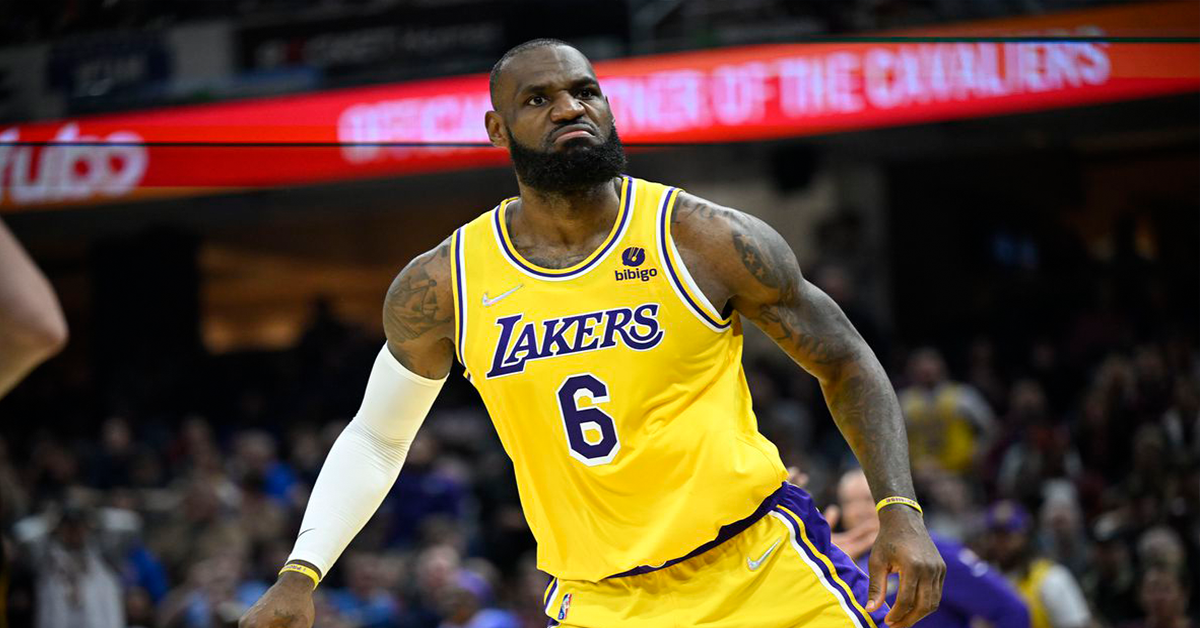 LeBron James, Los Angeles all-star forward has been the face of the NBA the majority of his career. LeBron has been under the spotlight since was playing for his high school team St.Vincent – St.Mary in his hometown of Akron, Ohio.  The Fighting Irish were considered as the best high school basketball team in the U.S.A. LeBron then entered the 2003 NBA draft and was the number 1 pick. He made his NBA debut for his hometown team the Cleveland Cavaliers.

His debut NBA game against the Sacramento Kings. He scored 25 points which were the most number of points by a player straight from the high school on debut. Lebron went on to become the Rookie of the year. The rise of his dominance over the league started from the 2004 season as he made his first all-star appearance.

Four years later he won his first MVP trophy and also was second in the defensive player of the year rankings. But in 2010  after several playoff disappointment, he made his infamous decision to leave Cleveland and join the Miami Heat. 2010-11 was a loss but won back to back championships between 2011 and 2013. He later returned to the Cavaliers as he wanted to bring a championship for his hometown team. He fulfilled this promise in unprecedented fashion coming back from a 3-1 deficit in the 2015-16 finals against the Warriors.

LeBron James left Cleveland for the second time in the 2018-19 season and joined the Lakers in quest of winning one more ring. He has had a very disappointing first season with Lakers as his streak of being in the finals for eight straight seasons was broken. He has started the 2019-20 season with a bang as the Lakers acquired Anthony Davis.

LeBron James at 36, is the fifth on the Forbes highest-paid athletes list in 2020. He is the highest learning NBA athlete. He has earned over $300 million as his salary. LeBron James’ net worth is $450 million. He has invested in businesses like Blaze Pizza, Springhill Entertainment, Uninterrupted. He also owns a minority stake in the English Premier League team, Liverpool.

LeBron James is endorsed by several brands around the world. He has been a Nike athlete since he entered the NBA. He signed with Nike an 87 million dollar deal at the age 19 and in 2015 he became a ‘lifetime’ athlete with Nike. LeBron James is also endorsed by brands like Beats by Dre, Rimowa, Coca-Cola etc.

LeBron James has been more than an athlete for the better part of his career. He has become the epitome of the athlete-activist archetype. Players like Bill Russell, Muhammad Ali, Kareem Abdul Jabbar have spearheaded activism in their time. Now we are witnessing LeBron James who has been the torchbearer of athlete-activism in today’s times. He has always been outspoken on all platforms. He has been donating to charities like After-School All-Stars, Muhammad Ali: A Force For Change, Children’s Defense Fund etc. Lebron has started the ‘I Promise School’. It is a public elementary school in Akron, Ohio, opened in 2018, supported by the LeBron James Family Foundation, and specifically aimed at at-risk children. Opening with students attending grades three and four, the school will be fully operational by 2022, eventually teaching grades one through eight.