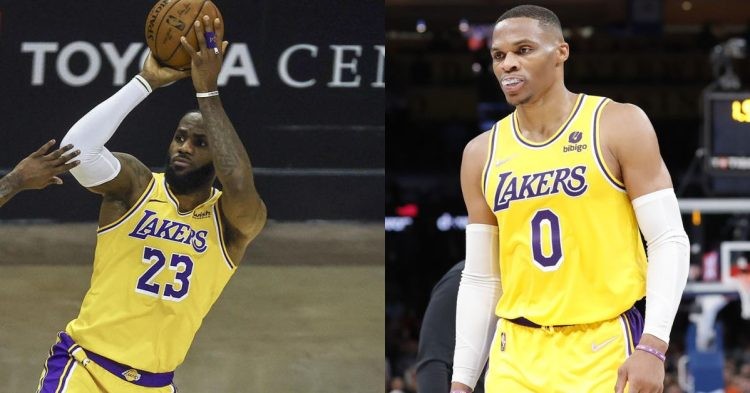 LeBron James is coming off one of the best scoring seasons in his career. This is in year 19 heading into year 20. However, the Los Angeles Lakers had little or no real success last year. Much of the blame was placed on the new Lakers guard Russell Westbrook. The sports world tore him apart for his bad play and turnovers, mocking him this entire season.

Skip Bayless is a longtime NBA analyst who had always tried to speak negatively of King James. Whether in LeBron’s success or failure. Skip has always claimed to be an objective commentator and not overly biased against the 4x NBA champion despite overwhelming evidence suggesting otherwise. One must wonder how much truth there is to what he is saying this time.

Ever since Steph Curry came into the league, the three-pointer is considered an easier shot and smart decision. After all, it takes little effort and toll on the body to jack up repeated long-distance shots. King James came into the NBA two decades ago. He has adapted the three-point shot into his arsenal in his career.

Many NBA fans are used to only watching highlights as opposed to the full game. This is probably because of the time involved in watching a full game from tip-off to the final buzzer. Therefore, they are unlikely to take into consideration how often NBA stars miss shots.

Bayless is accusing LeBron of just that. Along with several other things. Additionally, he is using statistics to back himself up. Everyone knows James is a better finisher at the rim than from distance. He has worked on his three-point shot to counter a laid-back defense.

Unfortunately, it seems like the bigger the player is, the worse he shoots the ball. We can confirm this trend to be true as point guards such as Steph Curry and Kyrie Irving average a much better free throw and three-point percentage. Thus, even though LeBron shoots the three-pointer a lot, the statistics indicate he misses frequently.

I keep hearing LeBron is “in the lab.” He’d better be working on 3-pt shooting. He took the 15th most in the NBA last season, ranked only 93rd in 3-pt %. Just killed the Lakers. Almost as damaging as Westbrick.

Skip displayed statistics that show King James is ranked 15th in players who attempted most three-point shots. However, he is ranked 93rd when it comes to makes. Thus, Bayless claims that LeBron James killed the Lakers just as much as Russell Westbrook.