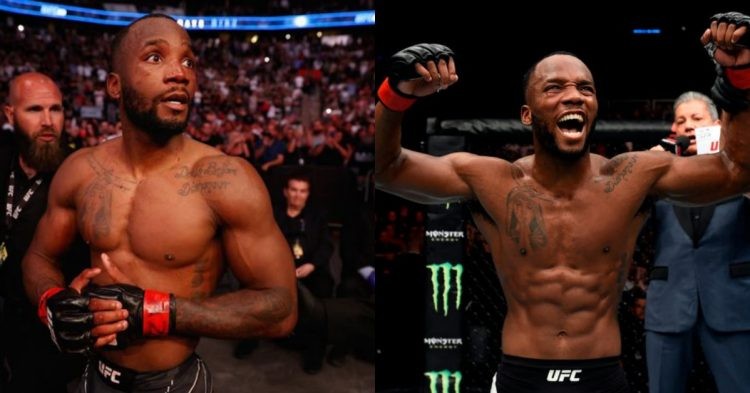 Leon Edwards is a top-ranked fighter in the UFC welterweight division. He is one of the most technically gifted strikers in the UFC and holds an impressive unbeaten streak in the company. Edwards joined the UFC in 2014 and has recently become a sensation due to his dynamic striking.

However, the start to his UFC career was not a smooth one. Edwards lost to Claudio Silva on his UFC debut via split decision. Although he bounced back with two back-to-back wins over Seth Baczynski and Pawel Pawlak, Leon lost his 4th UFC fight against Kamaru Usman. Usman eventually became one of the most dominant welterweight champions in UFC history.

#OnThisDay in 2015: @Leon_EdwardsMMA took just 8 SECONDS to land this knockout! 🔥

But the loss to Kamaru in 2015 sparked a change in Rocky. Since then, Leon is yet to end a fight on the losing end. He has beaten the likes of Vicente Luque, Donald Cerrone, Rafael dos Anjos and Nate Diaz. Leon is now regarded as one of the biggest stars in the division. One may wonder how much money Leon has earned in his UFC career so far. Let’s find out.

How much money has Leon Edwards earned in the UFC?

Leon was all set to headline a card in London against the former 170lbs champ Tyron Woodley in 2020. But the bout was cancelled because of the global pandemic. The hometown fighter still received $20,000 for the event. He returned against Belal Muhammad in 2021. For that particular fight, Leon earned $110,000 as show money and $10,000 as a fight week incentive. But there was no win bonus as the bout ended in a No-Contest.

How much did Leon earn for his fight against Nate Diaz at UFC 263?

The win over Nate Diaz remains the most significant win of Leon Edward’s UFC career so far. Although Nate had a brief moment of success in the closing minutes of the fight, Leon dominated the fight through and through. He won the bout via unanimous decision at UFC 263.

Leon had the biggest payday of his career as he earned a total of $231,000 in total for that fight. $11,000 of the total was as the fight week bonus and $110,000 each for both show money and win bonus. (The reported figures are via The SportsDaily)